An Interview with TheSufi.com founder

An Interview with TheSufi.com founder

Waleed founded the first website on Sufism and Sufi Music in 2002 at Institute of Business Admiration [IBA] in Pakistan. TheSufi.com is now the world’s largest website on Sufi Music, featuring more than 1200 tracks by Sufi Artists such as Nusrat Fateh Ali, Abida Parveen, who are very popular artists in Pakistan and India. We have conducted an interview with him. Reproduced with permission from www.thecrazymind.com/2016/03/sufi-music.html with permission. 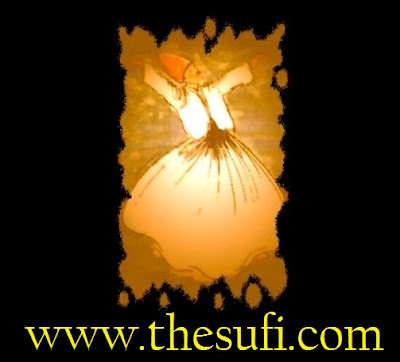 What inspired you towards Sufism and the founding of www.thesufi.com?

TheSufi.com was born in 2002 on an old computer at my tiny student room. It is reasonable to say that its idea were actually planted much longer ago. During late 1970s, Idries Shah was a hugely popular and revered for his books on Sufism in London. My mother read Idries Shah’s ‘The Way of the Sufis’ during pregnancy and I believe that was my first interaction with mysticism! I grew up reading Rumi, Saadi, Attar and Iqbal, each of which fascinated me. I merged my interest in Web Design with Sufism and the result was TheSufi.com.

How many tracks and who are the prominent artists are on your site?

What are the most popular quotes and poems on your site?

Sufi Quotes and Poems by Mevlana Rumi are obviously the most popular. Also, poems of Allama Iqbal, the great Poet and Philosopher of Pakistan, are well read by audiences.

Anyone who is interested in Sufism and Mysticism, Sufi Music and Islamic Art. TheSufi.com’s audience comes from all part of the world, with Pakistan, India, USA, Middle East and UK being the top places.

TheSufi.com is the largest collection of Sufi Music in the world. What Sufi songs are your personal favourites?

Abida Parveen is my all time favourite. Her voice is divine!

Why Sufi Music is so popular across the world, even when people don’t understand the lyrics?

Sufism and Sufi Music are universal concepts that transcends languages, nationalities and divisions. As Rumi says ‘Do not look all the outer shape, but see what is in my hand’. It is no surprise that people across the world love Sufi Music. I recall Nusrat Fateh Ali Khan became an instant hit in Japan, not only for his voice but since people thought he is an incarnation of laughing Buddha!

Tell us about your pilgrimages to Sufi sites?

I had opportunity to visit Makkah, Madinah, Jerusalem, Lefke [North Cyprus], Konya [Rumi’s Mausoleum] and many more. I write a blog of my travels in the Pilgrimages section.

What exactly is Islamic Art?

TheSufi.com has strong social media following with 19,000 Facebook and 15,000 Twitter fans. We also have a Tumblr site to keep our readers informed.

What are your plans with this site in the near future?

Besides Sufi Music, I also plan to focus more on Sufi Literature, Books and Islamic Art. I will also like to introduce new and less-known artists to wider audiences. It will be great to arrange a small Sufi festival event in London also.
.