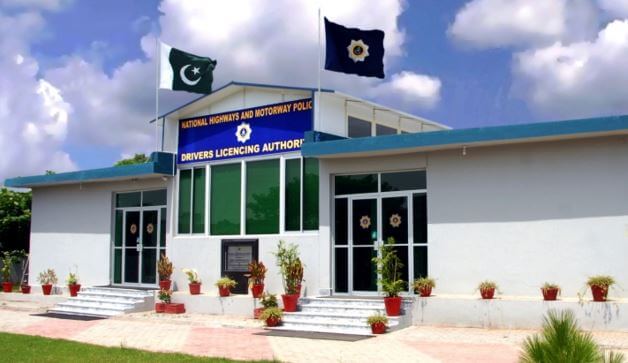 The “Driving License issuing authority, Karachi” comes under the sindh police .They issue a license to certify that the person is eligible to drive a car in Karahci. This is the biggest license issuing center Pakistan as the highest numbers of cars are driven in Karachi. This authority has issued license to more than 500,000 driver’s license to different people.

The Driving license issuing authority basically issues license to those who are eligible to drive a vehicle. They offer two types of license

Until now only two cities of Pakistan have installed a system to provide a computerized license. The driving license issuing authority, Lahore is the only other authority .Thus the only competition is with this authority.

Till date this is the only system installed in the company .The company might install any other system in the future but right now they don’t have any plans to do so. They only plan to upgrade the system with the passage of time. They don’t feel the need for installing any other system (like MIS, DSS, etc).

But the sindh police do plan to extend this system to other cities so that all the system through out sindh may become computerized.

History of the organization not available, although tried to find it out through various sources.

There are no systems other than this system in this authority. This is the only system working in this branch. So there is no system family.

This chart briefly shows the division of management level at this authority. This chart only shows the heads of the departments. There are many people working under these divisions.

THE PROFILE OF THE SYSTEM IN FOCUS

Before the installation of this system the process of recording transaction and issuing of data was all done manually. Large size registers were used for the collection and storage of data. This process consumed a lot of time, money and man power and there were greater chances of error and forgery. Thus there was a need to develop such a system which :-

As a result a system was installed to achieve the above mentioned purpose :

This system is operated by system operators. There are 7 computers out of which

This MAIN COMPUTER is operated by ASI of the branch while remaining 6 are operated by computer operators.

This system was developed by Mr. Naeem Haider Zaidi, Chief Executive of an IT institute “computa”. This system took around 3-4 months for its completion and was installed in June 1998.Later in April 2000 it was upgraded.

This system is basically a transaction processing system (TPS) with some features of a Decision support system (DSS). It processes data resulting from a transaction i.e. when a form is submitted for the issuance of a driving license. First data is entered into the system from where a report is generated and a database is maintained.

This system also provides interactive support to end users during the decision making process. This system supports the system operates in making decisions. The system provides end uses with options to select. The options are mentioned in the table below.

This chart shows the options available for taking decision. The same options are also available with the learner license input screen.

THE IMAGE OF THE SYSTEM-IN-FOCUS

The basic function of this system is to produce a license. According to the

Management the system is performing this task properly and they are fully satisfied with the level of output. They say

According to the ASI of the branch (who is the head of this system) after the up gradation of the system in 2000 there are negligible complains related to this system.

The operators are also satisfied with the system because they believe that this system has made the process more easy and efficient. They no more have to work on huge registers, there is less paperwork now.

The operators have the same views about the system mentioned above. In there perception this system:

Overall this system is very simple in its operation. All the operators are satisfied with the level of its user friendliness.

After having a detailed study of this system we think that this system is very useful and extremely important for the company. Some of its uses are mentioned below:

Although this system is functioning properly and is well in its place still there are some areas which require improvement. Some of them are mentioned below:

There are no major tables for help or documentation. Only some details are available related to the software.

This system carries sensitive information about all the people who apply  for the driving license. For its security purpose this system has different passwords and backup

To access this system the user has to type in a password. Only the operators have the password. No outsider can enter this restricted area. This way the authorities have tried to make the system secure.

In every system there are chances of it’s failure. If such a thing happens all the data on the system is lost and to get back the lost data is impossible.

To avoid such a situation companies use backup system . For this particular system the company saves the day to day data on discs. By the end of the day all the data is copied on discs which provides the company with some back up data.