Thought are the things inside our mind flowing any time without any reason. Thoughts may be based on real or imaginary parts. Before doing any thing we make an image in our mind from start to end and then start working on it. Here are thoughts in our minds from waking up till sleeping and after sleeping some thoughts appear as dreams. A person who thinks before saying is more intelligent than one who just loose grip on words while speaking because he/she is not thinking before speaking. We are always directed to think of success. It is said that you are meant to be successful. Nobody ever thought of failure. It means success is always planned but failure is always unplanned. In our minds we have not made a sketch of how we are going to fail as we have made a broad sketch of our progress.

It is  said that for doing something first of all one should get up from his/her  place, then it should be mind that if you are only thinking about it and not doing any sort of work related to it, you are not going to make your name known by the world. You have planned it and started working according to it but its not working, you need not worrying, you must think that failure is a step towards your destination, you are more wise and experienced now after failure. But if you thought that your planned has flopped and should not do it, these are excuses only.

You start looking for people who pass this phase and fail, you may think that of he/she did not conquer it how can i do it? One thing must be kept in mind that your fate is different and unique than others. May be you are made for it and others who failed were not made for it. Never look at them be your own best version. One situation is you thought it and did it, it may be your good luck or your thoughts just defeat all other useless factors that were obstacles on your way. Other situation is people cheat and get success, its is no less than shame in my perspectives, its can be called clever evil thoughts. These thoughts are the shortest and the cheapest way of pleasing. One who dominated by hard work is more happier and peaceful than the one who gained everything by cheating or using some evil resources.

In schools, colleges, universities and hostels variety of students are seen, they all have their own thoughts. Every student is send to school for getting education so they have better future, but in real here is only one topper and 2 runner up. The rest of students do not top because they think they are dull, they cannot do well, the reason for this is they never get appreciated and always get punished that’s why they loose confident, their thoughts even do not make them able to do better. If you are an average students its more than enough. After completion of degree the topper and the all other students are going to seek some sort of job. So there is not a big difference between you and the topper. In case you are failed in one subject or two during your semester, you need not losing hope, this does not means you cannot do anything in life, you are failed because you didn’t study , study hard next time and clear your F grade if you have, don’t feel ashamed of it. Other students passed because they excel that subject and you failed as you were weak in it. Its not a big deal if you fail but after failing attempting to commit suicide is an alarming thing. We love to talk a out success but nobody is ready to talk about failure. There are some cases.

You fail and get stressed, you are unable to accept it that you can fail ever and you are unable to face your parents, you decide to commit suicide and that’s end, you never thing to live with failure and change it into something better, may be your parents pressurized you to not fail, but they never wanted to loose you. Now here is second case you fail, you decided to not quit, you leave it and try something else, this is how you admit your failure. At least you should courage to admit your failure. Third case is you fail, you have courage to upgrade yourself, you have stamina to work harder than you used to work, success will be your destiny then. Some people just enjoy in every situation its good to not take failure serious but in future you will have nothing instead of your failure.

Some people are so imaginative that if something went wrong and it can be corrected, they don’t dare to make it correct instead they imagine whole failure and in reality they fail. The reason is they superimpose their thoughts or fear of failing which disable their thinking to correct minor mistakes on their way to success. Nobody loves to fail and nobody really appreciates a failed person. A failed person needs a hope that you can do just like all others, but nobody is here to give a few words full of encouragement to failed ones. One think we all should in mind that if we failed at some stages, we should need not get panic, there are so many examples where all the looser just broke the world’s blurred vision about looser. Don’t be afraid to fail, failure does not means you cannot do it, it just means you are immature in your respective field. You must have plans more than two. If plan A  failed , try plan B, just don’t end your life if you failed.

I think that one should be a looser then after sometimes he/she should emerge as an example of success. One must have a success story and without failure success story is not inspirational. Be an inspiration to others, to your juniors and looser of your field.

One more thing, students who were unable to clear entrance exam, they must find other options instead of trying to be with their failure. Be a reason to make your parents and country proud. There will always be good for you at the end, so be ready for the things coming on hour way after failure, “the massive the failure is, the huge success will be”. 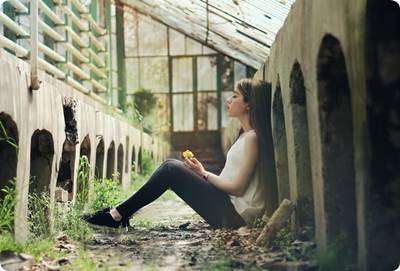