Should We Still have a Lunar Calendar? – By W. Bokhari 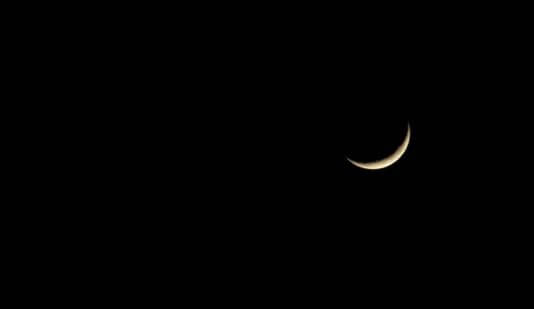 Should We Still have a Lunar Calendar? – By W. Bokhari

As we all know, the lunar cycles form the basis of the Islamic calendar. For that reason, this particular aspect of astronomy is regarded by Muslims to be a specialty of Islamic Science. There are two issues of importance over here. The first is the relevance of lunar astronomy in time-keeping today. And the second is the issue of “Islamic Science” in general. In this article I will only discuss the first issue, and will address the second issue of “Islamic Science” in a separate article.

Without mitigating the achievements of Muslim scientists, past and present, who have pursued this field, I would question the motivation of using the lunar period as a clock in the twenty-first century. Studying the celestial bodies, as astronomy has done for the last three millenia, is one thing. Using them as time-keepers is another. A thousand years ago, with primitive scientific tools at our disposal, periodicity in the lunar or solar phenomena was state of the art. Today, using the lunar orbital motion as a clock does not seem justifiable.

What is important in a clock is how accurately it can keep time over long periods. A “good” time keeper would agree with a “perfect” time keeper for a long time, whereas a “bad” time keeper, (like an old pendulum clock) would start disagreeing with a “perfect” time keeper quickly. A pendulum clock needs to be re-adjusted about once a month. A good quartz watch is reliable to a few seconds in a hundred years. There are clocks in existence whose time drifts by less than a second in thousands of years. The lunar period, on the other hand is susceptible to change from a variety of sources (I discuss some of them below), and the drift in the period can be substantial -under some scenarios as much as hours (if not days) per century!

[In addition, one can also talk about how precisely a clock can measure time i.e. can it tell time to a second, a millisecond or better. In the lunar clock, as you have shown, very convincingly in your article, the precision in the observations of a new moon is of the order of a few days! Commercially available watches for less than $20 can tell time to one-hundredth of a second. It is clear that lunar motion is not even a contender in this category. Therefore I will only discuss the first issue of keeping time over long periods.]
There are several technical reasons why even the assumption of true periodicity in the lunar orbit is invalid:
(1) The motion of planetary bodies in the solar system is inherently chaotic. This effect would manifest itself as an absolute limit in time resolution of the Earth-Moon system. (See for example chao-dyn/9406004.) This is because the Earth-Moon system is susceptible to gravitational interactions with other large masses. N-body gravitational interactions lead to non-linear resonances in the solar system. All these result in a rich spectrum of dynamic behavior, and their associated time-scales. Over periods of less than 1000 years, they result in significant perturbations in the periods (see astro-ph/9501078). Interestingly, in the solar system, we observe harmonics in the vicinity of the orbital time periods, that make the motions of the planets and the moon irregular over time periods less than 1000 years. Only in very long time scales, do we see the pattern of beat frequencies that conform to a complex harmonic system with a log-log relationship between the harmonics and the period. Even more importantly, the errors in the periods and their harmonics become small (less than one part in 100000 only on time scales greater than 10000 years). The outer planets carry most of the angular momentum of the solar system, and couplings between different planetary pairs lead to perturbations that effect the inner planets and force the sun to rotate around a barycenter of the solar system.

Therefore, for our purposes, where we are interested in a clock that can keep accurate time over a time period of about a thousand years, the Earth-Moon system is not the best that we can do. If we were interested in time-keeping over millions of years, then our errors in the time-periods would become comparable to what the best clocks can currently achieve, provided all the higher harmonics of the system are completely understood. Of course that cannot be guaranteed since perturbations in a chaotic system can lead to large deviations from the initial configuration. (In addition there is another reason why the Earth-Moon system would not maintain its present periodicity over the time periods significantly greater than a thousand years. I discuss that in (2)).

As an illustration, consider the perturbations caused by the near approach or a direct collision of a massive object with the moon. It would cause oscillations in the Earth-Moon system. Although the cross-sectional area and the gravitational field strength of the moon is small, the absence of an atmosphere makes the actual collision more probable. The Earth-Moon system is bombarded weekly with hundreds of meteors with masses of the order of a ton or larger. On the Earth, atmospheric friction drastically reduces the number that reach the surface. On the moon there is no such protection. On average a body with a mass of ten million tons or more, collides with the Earth-Moon system once in a millenium. Laser range-finding missions to the moon have detected one such lateral oscillation, which was caused by the impact of a few million ton body about 500 years ago. Observational records from medieval monasteries confirm the collision.

(2) There are other scenarios, where the orbital period of the moon would actually become longer over long time periods (of the order of a million years). This would come from a recession of the moon from the Earth because of weak dissipative (tidal) effects in the Earth-Moon system. It is no coincidence that after billions of years, the moon rotates at the same rate that it revolves around the Earth.

(3) To a lesser extent there is another way how the periodicity of the lunar orbit may not be true. Both Classical and General Relativistic gravitational effects result in a precession of the lunar orbit. Therefore, the correlation of the start of a “month” with the positioning of the moon in the Earth-Sun-Moon system would no longer be valid. It would actually vary periodically, giving rise to months that would, depending upon the precession, start earlier and earlier every year. There are extensive references to this phenomenon in literature. I am not sure by how much the perehilion of the lunar orbit advances each century, but in the case of Mercury for example, it is of the order of 4 minutes of an arc per century.

So therefore, my primary objection is that the Earth-Moon-Sun system is an inherently imprecise system for time-keeping, especially over a time period of a thousand years. I can cite some pulsars (rotating neutron stars) that could serve as better time keepers. The primary reason why the sun or the moon were used as time keepers was because they were the only options available to mankind to keep time over the period of hundreds of years. That, by definition, precluded any systematic study of their accuracy over long time periods because we calibrated everything else against them. In other words, we were *defining* them to be the “perfect” time keepers, and therefore had no way to check their accuracy.

But I have an additional objection: Given the inherent imprecision of the system, a phenomenological treatment based upon classical or even medieval astronomy suffices. For example, for the purpose of calculating the phases of the moon, it is irrelevant whether the sun orbits the earth or vice versa! This results in a lot of time and effort being spent in learning and mastering techniques that are more akin to what people did in the medieval ages. Effectively, it is possible that people from Muslim countries who seriously pursue this study could be stuck learning completely flawed and out-dated astronomy.

I think the only reason why the lunar calendar is still around for time-keeping in Islamic countries is because of tradition. It is high time that we move on to something better. This way we will circumvent all the inherent imprecision in this endeavour and save a lot of effort also. I suggest that the Islamic Organizations should correlate their watches to the Atomic Clock at the National Bureau of Standards (for example). A single dedicated Atomic Clock in the Islamic World would lay this issue to rest for thousands of years to come.