Armaghan-i-Hijaz (ارمغان حجاز) or Gift from Hijaz by Allama Iqbal was the last book of poetry by Allama Iqbal, which was published in November 1938, seven months after Allama’s demise.

Allama longed to go on Hajj and started writing this book as the Gift that he bring back as pilgrim. Unfortunately, he suffered from ill health which led to extremely weak legs and inability to walk long distances. His desire to visit Hijaz was never materialized.

Hailed by critics as one of the greatest and most philopshical books of poetry, Armaghan-i-Hijaz has both Urdu and Farsi section.  Iblees ki Majlis-e-Shoraa [Grand Conference of Satan], one of Allama’s most creative world, is the first poem from this book.

In 2012, I went to Umra and took this book as my travel companion. It remained with me when I took whirls around Kaaba, praying for one of the greatest thinker in Islamic world. Here is photo from this memorable pilgrimage with backdrop of Kaaba. 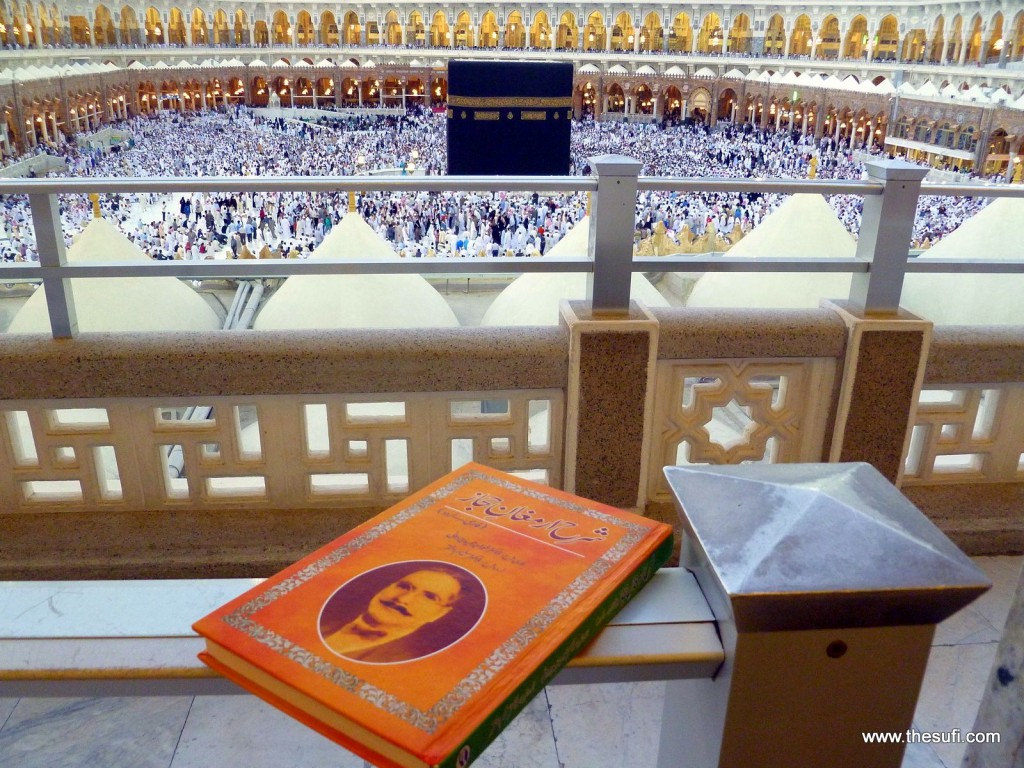 Below are some beautiful verses from book, with translation:

Kaaba is nothing mere the Qibla (direction of sajood) for your Heart and Eyes
The whirling [Tawaaf] of Kaaba is not whirling around bricks and mortar
There is a secret that remains between House of God [Kaaba] and us
That remains hidden even from the archangel Jibreel.

Photo with courtesy and permission of TheSufi.com Pilgrimages