Koi Aashiq Kisi Mahbooba Se [کوئی عاشق کسی محبوبہ سے ] are two poems by Faiz Ahmed Faiz with the same title, once in his compilation Zindaan Nama and other in his last compilation of poetry Mere Dil Mere Musafir.

Faiz Sahib’s mastery of romance manifests in both and they have similar themes and reads like a sequel for the same beloved.

Old Ravian Rizwan Sajjad has recited the poem beautifully, which Ravi Magazine is pleased to share with all Ravians and other readers. 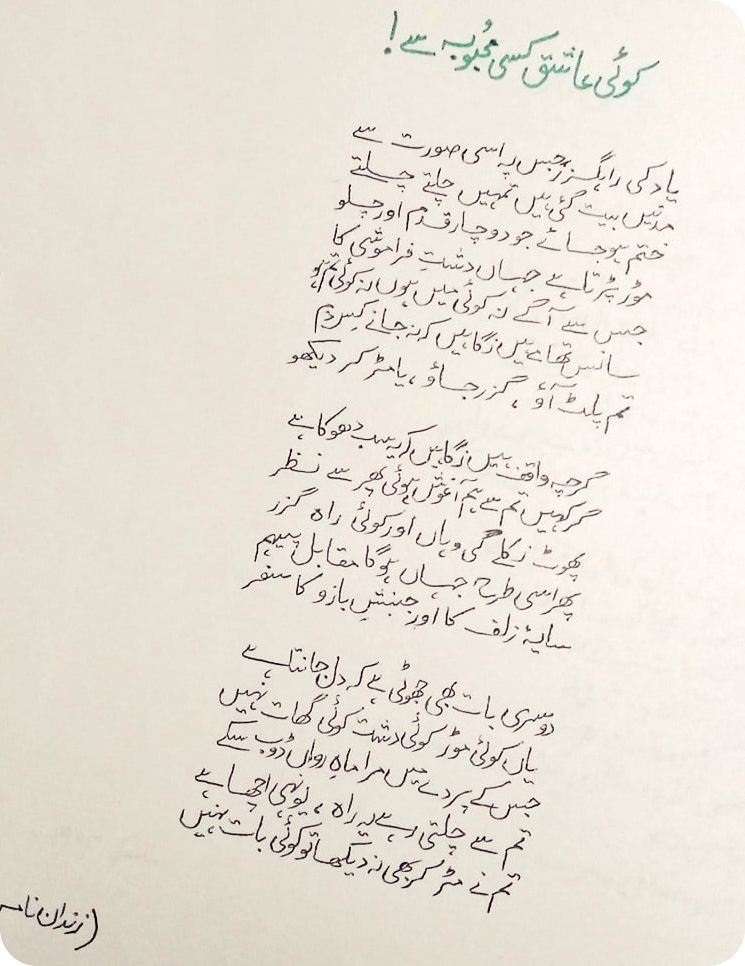