Why do people do what they do? – Muhammad Khan

Why do people do what they do? – Psychology article by Muhammad Khan [Intermediate Part 2]

The intentions of human being change with the passage of time. One day, you’re loving to have an ice cream, other day, you don’t want to think about it. This is very common and a childish example, but the talk I’m going to have with you, through what I write, is not childish. You may call them mood swings, but, for me, it’s something that is totally different. What is this, and why do we feel like this? Is this the change of hormones in your body?

Sometimes people want to be loved, after sometime, they don’t want to think about love. You love arms, but why do you hate ammunition when someone gets killed?

I have a friend, he used to love to think about pastoral poetry, he used to consider sentiments the most important aspect of life, but now, he hates emotional talk, he has a hate for sentimental values. He created a grudge for emotional values. Why did he create hate in himself for sentiments? He started to think that emotions destroy your personality; when you’re focusing on something that you want to achieve, it’s the emotions that stop you from doing your work. Why has he started hating love and all that stuff related to love? 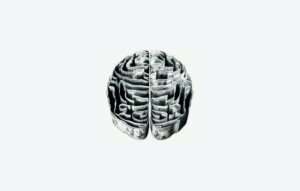 Have you ever thought why a woman starts to hate men? You can have many answers from many people, having different imagination related to the question. Let’s have an example: A guy beats his wife when he’s drunk or when he’s tired of her, when she gets stretch marks around her belly, after giving birth to his kids, when she cooks food that he doesn’t like. She does this not intentionally, but mistakenly, because she’s tired of her everyday life, as men get tired of “6 Days” same working routine. Which impact does this guy create on his teenage daughter and his teenage boy. If I talk about his son, if he’s too positive and genius, he will learn positively from his father’s absurd behaviour towards his mother.