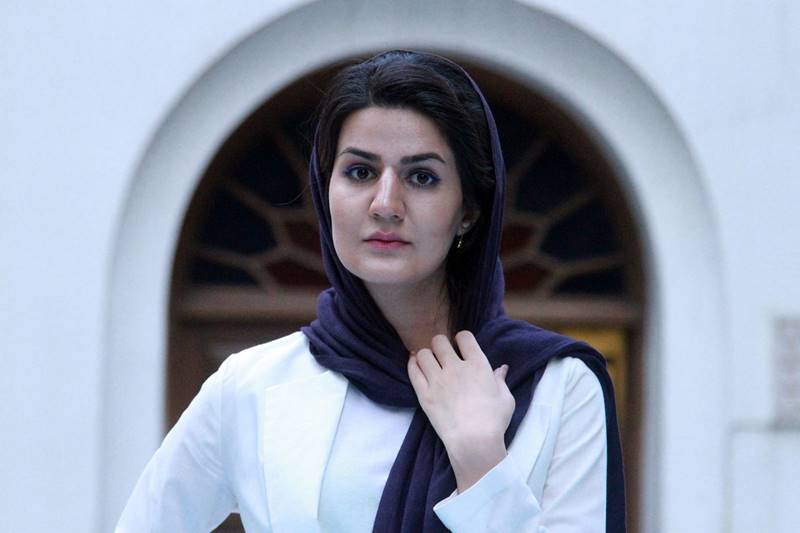 Sahar Ajdamsani is an Iranian singer, poet, lyricist, photographer & writer. She is recipient of WILD sound award, a New York based poetry festival, for her poem ‘Censorship’ that focuses on Women rights in Iran.

1. Tell me more about your poetry compilation? What themes of poetry does it touch?

My first poetry book was titled 5th season of Earth in Iran” and was published by an Iranian publication. It contained 86 poems, however one a poem was censored and removed, and is currently printed with 85 poems. The theme of the poems is more social and many of these social poems are devoted to women’s rights.

As per the book, I want to say that must say that human beings must have humanity, and that morality and humanity are not detachable from humans, but we live in a period that unfortunately shows the unethical and inhumane behaviors of humans to each other, and that kindness and humanity are very pale. This is so strange and unusual that the fifth and new season has been added to the ground, which is neither spring nor summer, not fall and winter.
My 2nd poetry book was titeld “I flew to the moon“ published now by an Iranian publication and it contained 84 poem & the opening celebration of this book will be held on November. The theme of this poems is world peace, no to war, human rights, women rights, love, humanity & kindness. 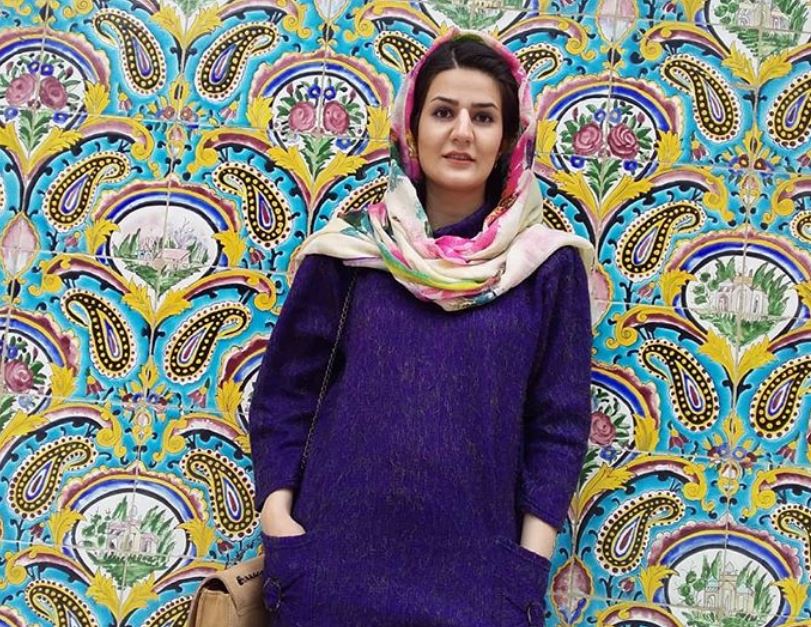 2. You fight for the rights of women in your country using all your talents, music, photography, poetry. When did you decide is important to do that? Why are you doing that?

I write poetry from the age of eight and from the very beginning I became aware of the discrimination between men and women. Such things made me very sad and I tried to write them. As I grew older, I realized this inequality and oppression more often than a spousal child which has become so common in Iran as to be the most natural rights of women that were prohibited under community law.

In addition to being fan of music, I decided to fight for these and other inequities in order to uphold my rights, to the point where these struggles go beyond poetry, photography, writing and music, and show these injustices. I struggled in college at the time of being a university student for the girls who were misused by boys and the university only backed the boys. So I did my best to restore girls’ rights and punish those boys.

I am a warrior and wish peace and tranquility could be established in the world. I like everyone can freely engage in artistic work. I cannot tolerate injustice and keep silence. I am banned from doing a lot of artwork, like music that is prohibited for women in Iran and forbidden to do so, and every women singers are consider as criminal and offender in Iran. My poems and songs have been censured. Such things are not pleasant and, in fact, they are not logical at all and only a kind of patriarchy and bullying, and considering the secondary status foe woman.
I fight against these restrictions and prohibitions to bring these rights to all women in my land and pave the way for them, hence, women after me can easily follow their favorite arts. 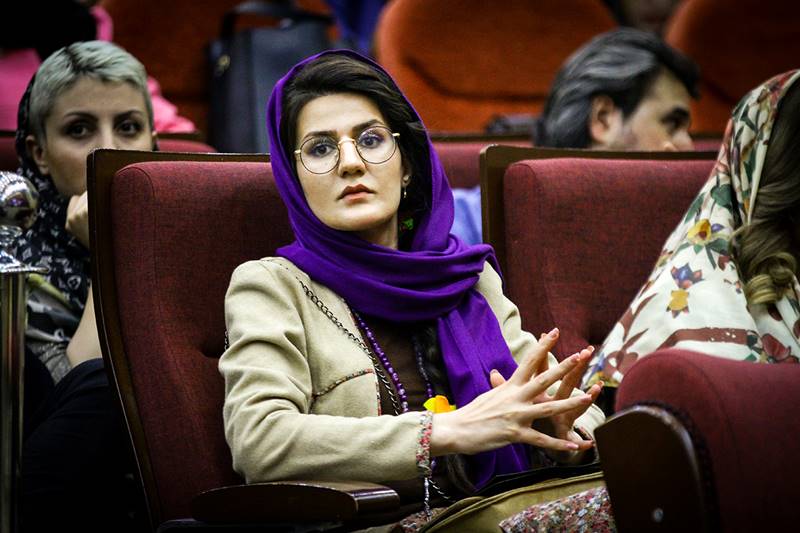 3. How would you describe the situation in your country? What women can’t do? Why nothing change? Who is responsible of it?

Women are generally restricted compare to men, in the artistic activities in particular. For example, singing is forbidden for women in Iran under the Islamic law. Women do not have the right to be president and even in legal and marital law, the law gives the right to the man and not support women at all.
Our society is male-dominated and the law is also drafted against women and in support of men. If a woman or a girl is even raped or subjected to emotional, financial and sexual harassment, they will remain silent because the law and even the community consider them as criminal. The men, especially the famous actors, singers, etc., easily abuse their social status to misuse girls and women, and even nobody takes responsibility for these men’s corruption. Such conditions put a great sum of pain and stress on women. 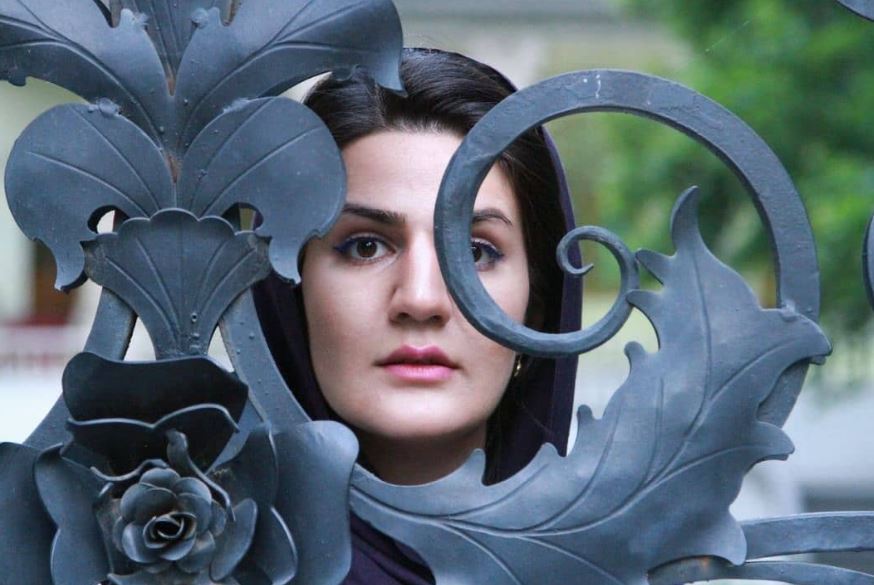 4. What women in your country do to protest? Do you have some collaborators? Who is your example as a woman – fighter?

Artist women often reflect their protests in their artistic work. Other kinds of protest, like everywhere, are holding protest rallies. Yes, we have worked on artwork to defend women’s rights. Many women warriors have fought for women’s rights throughout the history, and they are all very valuable. 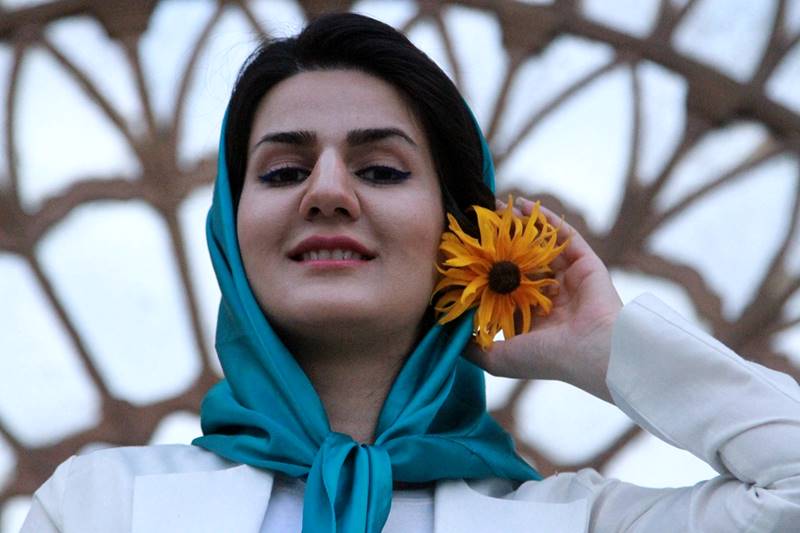 5. What else can you tell more about your poetry? Did you dedicate to someone? Are you writing something new?

As we often know, the Iranians now live in very difficult conditions. My poems reflect these harsh conditions and the pain of the people as well as others in defending women’s rights.

In my poems, I try to raise awareness about the problems and realities of society and inequalities, and I also invite everyone to kindness, peace, freedom and equality.

Yes, I have also written two new books that would be published within the next six months. Series of English songs called “Censorship” will be published in US. So far several singers have song them. The “Censorship” song is about women and tackling censorship. Another book of Persian poetry will be published in Iran within the next six months. The collection of English songs is a photo-song with my own photographs and Iranian international photographers who are friends of mines. A collection of Persian poems published in poetry, designed for every poem by the graphic design. 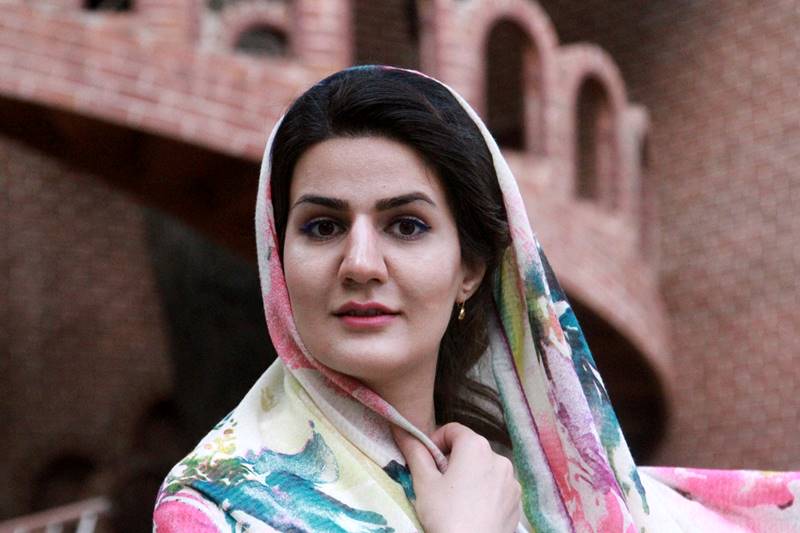 6. It’s so sad you can write only abroad and create in your country using pseudonyms. How do you imagine your country in 10 years? Do you think something will change?

I hope that the situation will improve, but, given sociological, economic, cultural and political evidence, it does not seem to improve. Everything is getting worse right now, especially in the economic dimension, which has a lot of pressure on people, the price of everything is becoming more expensive every day and life has hardened in Iran. 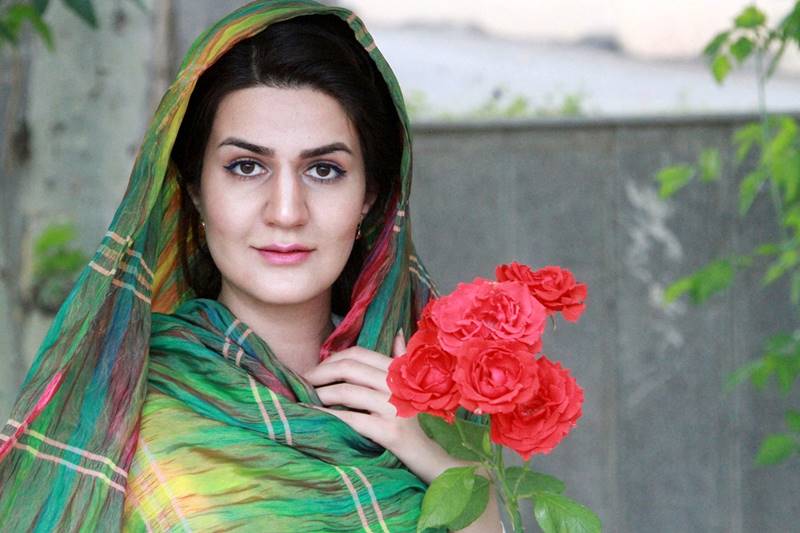 7. How your photography exhibition finished in Greece? Tell us more about this event and your book presentation. Why there? How Greek people receive that?

I attended an international photography festival in Greece, and I was the only Iranian winner of this festival with a photo called Release. And the winning photos were displayed in Athens for two weeks and the event was welcomed warmly by Greek people.

10. Tell me about your poetry prize?
I’m first Iranian to be able won WILD sound (festival for poetry) in New York of US in April 2019 with my poem “Censorship”. This poem about women rights. 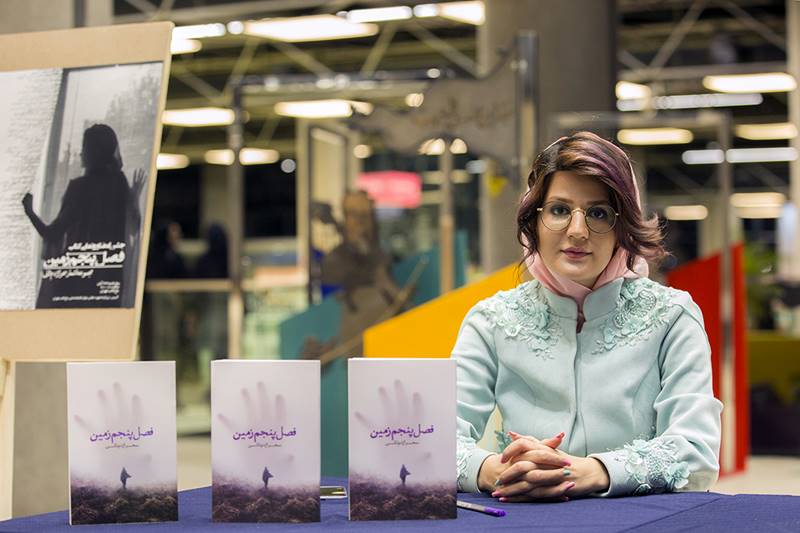 8. Who do you feel? How do you describe you in some words as a woman and professional?

I am very saddened by the fact that I cannot accomplish the artistic activities that I love and I wish one day I could freely go to these arts.
Singing was allowed for women in Iran before the Islamic Revolution, and we had great female singers who, after the Islamic revolution, had to leave the country to continue their activities, but after the Islamic Revolution, which prohibits singing under Islamic law for women. Women were deprived of singing.
Women who want to sing in Iran must go abroad before being arrested and banned from traveling abroad and will be forbidden to go to Iran forever. And these issues are very uncomfortable and painful.
I hope that one day, I can work freely, sing, and hold a concert.

9. What is your next project?

My English poetry book “ Censorship” will published soon in US by an American publisher. This is a poetry-photo book, every poem has a photo related to it & I’m honored to have photos of some globally photographers in this book.
I am currently doing my own music album in the name of “ Dreamy World” in the style of declamation (because singing for women is forbidden, and they can only declamation). The melody of every poem composed by a composer of a country & 12 countries collaborated in this album, and the reason for this is to show peace and also all of the world want peace.

I had also the honor to collaborate with composers from India on my album. About this album, I hope that it will be financially and spiritually support, because at the moment I was only financing it myself, and it is very difficult for an independent artist.

Two of its poems have been published and we create music video for each song. And I invited for the Athens poetry Festival of Greece in November and the Parma Music Festival of Italy in October, for performed this poems & declamation & I will performed in France at December & Praha film festival at the end of January.

I also have already photographed a documentary photography project from Iran’s rockers, because rock music in Iran is subject to many restrictions and restrictions, even for men. But I’ve also started several projects. In Iran the phenomena of “child spouses” is very common. Unfortunately girls aged 11 or older marry men who are older than them, and this is a very painful problem. In the end, I would like to thank you and your good audience for this interview and I ask the audience to support the album “dreamy world” that will soon be released. 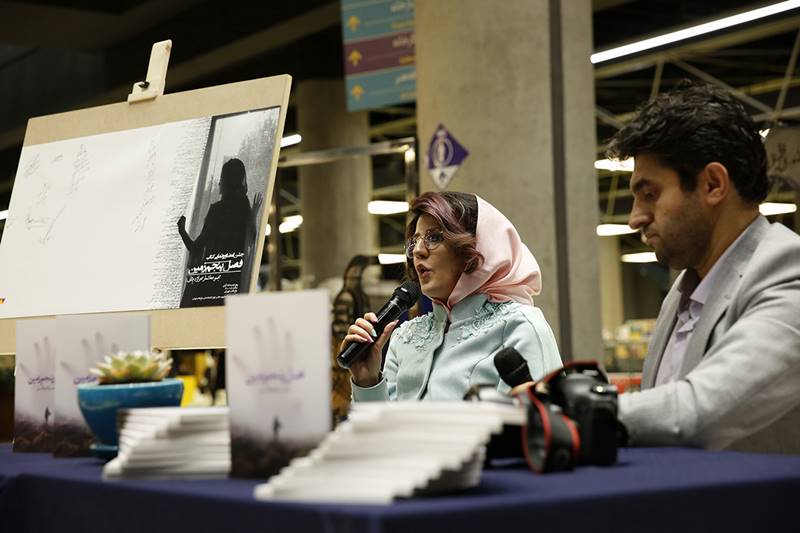 10. What is the message you want to give to the women that are in the same social conditions?

They will never succumb to their rights and achieve their wishes, and fight for them as long as they are alive, and undoubtedly, if there are more fighter women, we will achieve equality and freedom.