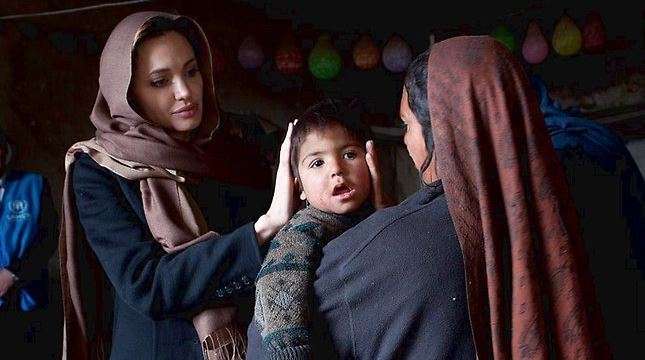 This assignment relating to the human rights factor sheds light on the practices and rules following the rights of people. The expression “human rights” is relatively new, having come into everyday parlance only since World War II and the founding of the United Nations in 1945. It replaces the phrase “natural rights,” which fell into disfavor in part because the concept of natural law (to which it was intimately linked) had become a matter of great controversy, and the later phrase “the rights of Man,” which was not universally understood to include the rights of women.

This idea of human rights is not new, however its implementation was a difficult task. For the idea of human rights to take hold as a general social need and reality, it was necessary that basic changes in the beliefs and practices of society take place. Mainly, as they were conceived in essentially “unalterable” and “eternal” terms, natural rights were found increasingly to come into conflict with one another.

This assault upon natural law and natural rights, thus begun during the late 18th century, both intensified and broadened during the 19th and early 20th centuries. The abolition of slavery, factory legislation, popular education, trade unionism, these and other examples of 19th century reforms afford ample evidence that the idea was not to be extinguished even if its derivation had become a matter of general skepticism. The laws authorizing the dispossession and extermination of Jews and other minorities, the laws permitting arbitrary police search and seizure, the laws condoning imprisonment, torture, and execution without public trial, these and similar obscenities brought home the realization that law and morality if they are to be deserving of the name, cannot be grounded in any purely Utilitarian, Idealist, or other consequentalist doctrine. Certain actions are wrong, no matter what; human beings are entitled to simple respect at least.

The Role of Human Rights in Society

The role of human rights has been analyzed over the three generations that have seen the development of these rights in the society. First generation proponents, for example, are inclined to exclude second and third generation rights from their definition of human rights altogether. The most forceful explanation, however, is more ideologically or politically motivated. Persuaded that egalitarian claims against the rich, particularly where collectively espoused, are unworkable without a severe decline in liberty and equality, first generation proponents, inspired by the natural law and laissez-faire traditions, are partial to the view that human rights are inherently independent of civil society and are individualistic.

The other two generations have their own views about the first generation rights; second and third generation defenders often look upon first generation rights, at least as commonly practiced, as insufficiently attentive to material human needs. Accordingly, while not placing first generation rights outside their definition of human rights, they tend to assign such rights a low status and therefore to treat them as long-term goals that will come to pass only with fundamental economic and social transformations to be realized progressively and fully consummated only sometime in the future.

The nature of Human Rights

Despite this lack of consensus, however, a number of widely accepted and interlaced postulates may be seen to assist, if not to complete, the task of defining human rights. First, regardless of their ultimate origin of justification, human rights are understood to represent individual and group demands for the shaping and sharing of power, wealth, enlightenment, and other cherished values in community.

Second reflecting varying environmental circumstances, differing worldviews, and inescapable interdependencies within and between value processes, human rights refer to a wide continuum of value claims ranging from the most justiciable to the most aspirational. Third, if a right is determined to be a human right it is quite essentialy general or universal in character.

The scope of Human Rights

It would be better to discuss the various schools of thoughts regarding the human rights as they will lead us into drawing conclusion that are supported by true evidence.

We’ll start with the basic first generation of human rights advocates. The first generation of civil and political rights derives primarily from the 17th and 18th century reformats theories noted above, which are associated with the English, American, and French revolutions. Infused with the political philosophy of liberal individualism and the economic and social doctrine of laissez faire, it conceives of human rights more in negative than positive terms: it favors the abstention rather than the intervention of government in the quest for human dignity.

The right to security of the persons, to a fair and public trial, to asylum from persecution, and to free elections, for example cannot be assured without some affirmative government action. What is constant in this first generation conception, however, is the notion of liberty, a shield that safeguards the individual, alone and in association with others, against the abuse and misuse of political authority. Featured in almost every constitution of today’s approximately 160 states, and dominating the majority of the international declarations and covenants adopted since World War II, this essentially Western liberal conception of human rights is sometimes romanticized as a triumph of Hobbesian Lockean individualism over Hegelian statism.

Then comes the second generation which has its own views. The second generation of economic, social, and cultural rights finds its origins primarily in the socialist tradition that was foreshadowed among Economic developements. In large part, it is a response to the abuses and misuses of capitalist development and its underlying, essentially uncritical, conception of individual liberty that tolerated, even legitimated the exploitation of working classes and colonial peoples. Historically, it is counterpoint to the first generation of civil and political is counterpoint to the first generation of civil and political rights, with human rights conceived more in positive (“rights to”) than negative (“freedoms from”) terms, requiring the intervention not the abstention, of the state for the purpose of assuring equitable participation in the production and distribution of the values involved. Illustrative are the claimed rights set forth in Articles 22-27 of the Universal Declaration of Human Rights, such as the right to social security; the right to work and to protection against unemployment; the right to rest and leisure, including periodic holidays with pay; the right to a standard of living adequate for the health and well being of self and family; the right to education; and the right to the protection of one’s scientific, literary, and artistic production.

Finally, the third generation of solidarity rights, are best understood as a product, of both the rise and the decline of the nation-state in the last half of the 20th century. Foreshadowed in Article 28 of the Universal Declaration of Human Rights, which proclaims that “everyone is entitled to a social and international order in which the rights set forth in this Declaration can be fully realized,” it appears so far to embrace six claimed rights. Three of these reflect the emergence of Third World nationalism and its demand for a global redistribution of power, wealth, and other important values: the right to political, economic, social, and cultural self-determination; the right to economic and social development; and the right to participate in and benefit from “the common heritage of mankind” (shared Earth-space resources; scientific, technical, and other information and progress; and cultural traditions, sites, and monuments). The other three third generation rights the right to peace, the right to a healthy and balanced environment, and the right to humanitarian disaster relief.

A coclusion of the human right debate considers the fact that the debate over liberty-equality and indvidualist-collectivist notion can be extremely misleading. It is useful, certainly, insofar as it calls attention to the way in which notions of liberty and individualism can be, and have been, used to rationalize the abuses of capitalism; and it is useful, too, insofar as it highlights how notions of equality and collectivism can be, and have been, alibis for authoriatrain governance.