Aurengzeb’s letter to his Son, who used to pray for his father’s death

Naama-e- Alamgir or “Aurengzeb Alamgir’s letter” is Allama Iqbal’s poem from his Farsi section of Armaghan-e-Hijaz [The Gift from Arab].

Despite being a controversial character, Mughal Emperor’s Aurengzeb has been portrayed by Iqbal as a strong-willed empire who had vision for a great empire. With his adherence to conservative Islam, he clashed his with father and brothers and had feuds with his sons too.

It is said that one of his son used to pray for Aurengzeb’s death. When Aurengzeb heard about it, he responded with an interesting reply, which is captured in verse by Iqbal below:

My son, Don’t you know that Divine Being
Has seen all, assessed everything, gathered and revealed
He has heard laments of us humans, infinite number of times
But was never persuaded by them
Great personalities like Imam Hussain drenched in blood
But His heart never lamented
Neither he lamented on the separation
Of Old Man of Kanaan [Hazrat Yaqoob] from his Son [Hazrat Yousaf] [Jacon and Jospeh]
Therefore, my Son! Don’t believe that the Old Hunter [God]
Will be guiled by your such prayers [and award me death] 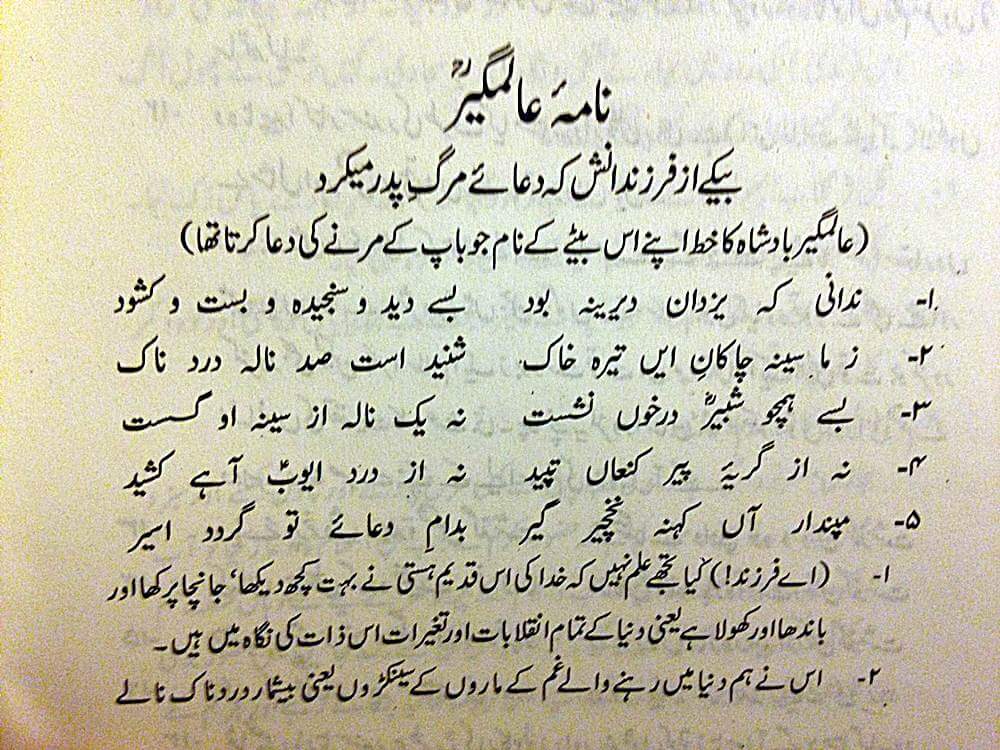 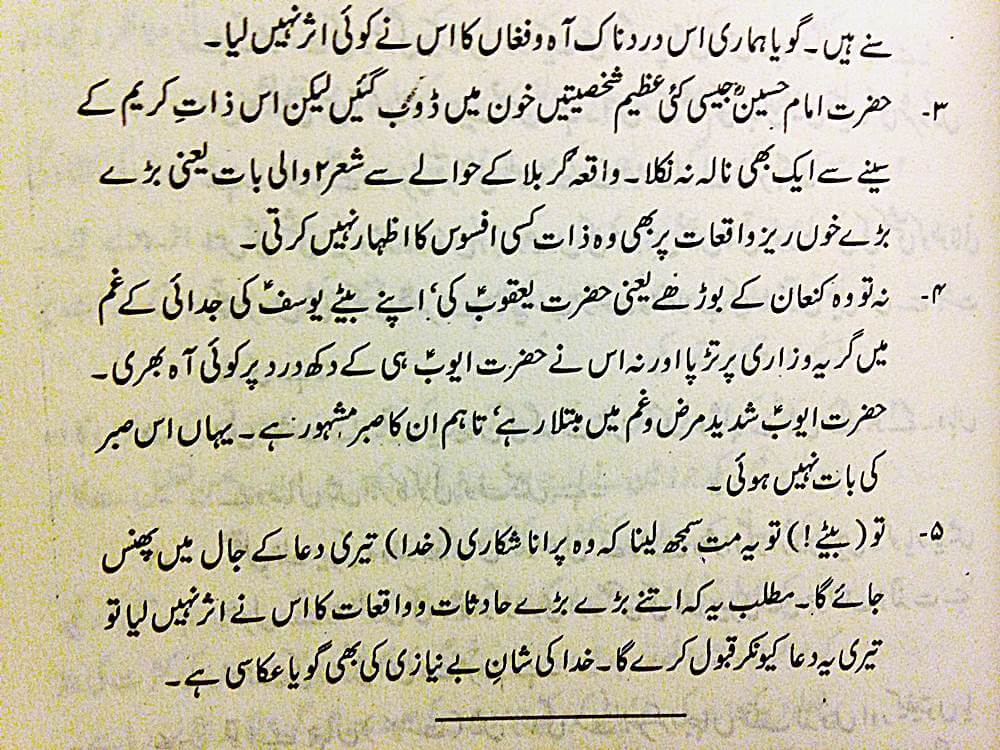