What is Fortnite Battle Royale: Everything you need to know 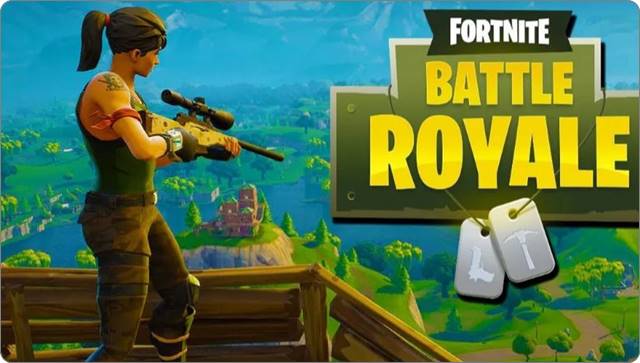 Fortnite Battle Royale (fortnite.com) is a multiplay shoot them to survive game that is currently has shaken the gaming world . It is an online competition which involves 100 people against each other in a battle to become the last one standing.

As by mid 2018, more than 45 million players have signed up so far and the numbers are growing fast. It is also free to play, which is a key reason for its success.

The real sun part of the game is about online players scavenging for weapons and materials to boost their chance of winning. There is no bloodshed and it has super Mario feel to it which only make the game more complex and challenging, but also adds to its appeal to children, elders and families.

A new game of Fortnite Battle Royale begins from you and the other players airdropped from floating buses that are attached to hot air balloons. As you fall, you guide yourself to a position on the randomly generated island that lies beneath you, looking out for places that might be best for lots of loot and provisions.

Once you land, your first task is to find weapons and mine for resources, since they are key for survival. You can then seek health items and blast any players who cross your path. While you do these, you need to keep an eye on the safe zone, which becomes smaller over time. This forces gamers into tighter situations and brings them into closer contact with enemies. Gunfights prove fast and furious at this point and the excitement is ramped up.

But why is everyone playing Fortnite Battle Royale?

The learning curve is  very easy and unlike other shooting games like Doon, Fornite has a cartoonish feel to it which means from children to grannies are hooked.  However, the battle can be sophisticated and as the you go into top percentile of survival, the combat before aggressive as players expolit different items in the game to trap and destroy other characters.

Links to download Fortnite Battle Royale for PC, Mac, PlayStation 4 or Xbox One

You can go to the website and download Fortnite for your PC, Mac, PS4 or Xbox One (pls note it only works on Xbox Live Gold).

For iPhone users, you can download Fornite Battle Royale here.

How did Fornite parent company Epic Games billion [yes, we are not talking millions!]

Fortnite apps offer a lot of in-app purchases, such as costumes for characters, items and emotes. While these may look trivial purchases, these earned more than $130+m (about £100+m) for Epic Games in March alone. What’s perhaps surprising is that these sums have been generated by players splashing out on mainly cosmetic, frivolous items such as character skins and ‘emotes’ (gestures or dances your character can perform).

How long do games last?

Fortnite Battle Royale’s playing group keeps getting smaller and smaller as players remove other, hence usually the game lasts for around 30 minutes. This is the real USP of the game since it is short, exciting and involves cool tactics instead of violence. ALso,, Epic Games has introduced a a new Limited Time Mode, which provides extra resources while dropping the supply crates more quickly and condenses the safe zone quickly.

Can I play Fornite as Duo-Mode, i.e. with my partner.

You can play game in solo mode obviously, but if you wish your partner to join, there is a duo mode to compete against 49 other players, or as part of a squad of up to five players against 20 other teams.