Shahnama became an instant sensation with its candid view of history of Pakistan, the political thread of Pakistan and role of bureaucracy.

Qudratullah Shahab had a unique knack to tell a story and the book was destined to be an influential book in Pakistani history. Whether it is about Ayub Khan’s Marshal Law or Zulfikar Ali Bhutto’s statesmanship, Qudratullah Shahab had revealed interesting events that made and shake Pakistan’s history following its independence.

Professor Fatih Muhammad Malik was a friend of Shahab Sahib and an eminent Ravian, who contributed below essay for The Ravi of GCU Lahore.

He narrates an interesting event which was missing in Qudratullah Shahab’s book. Below is his article: 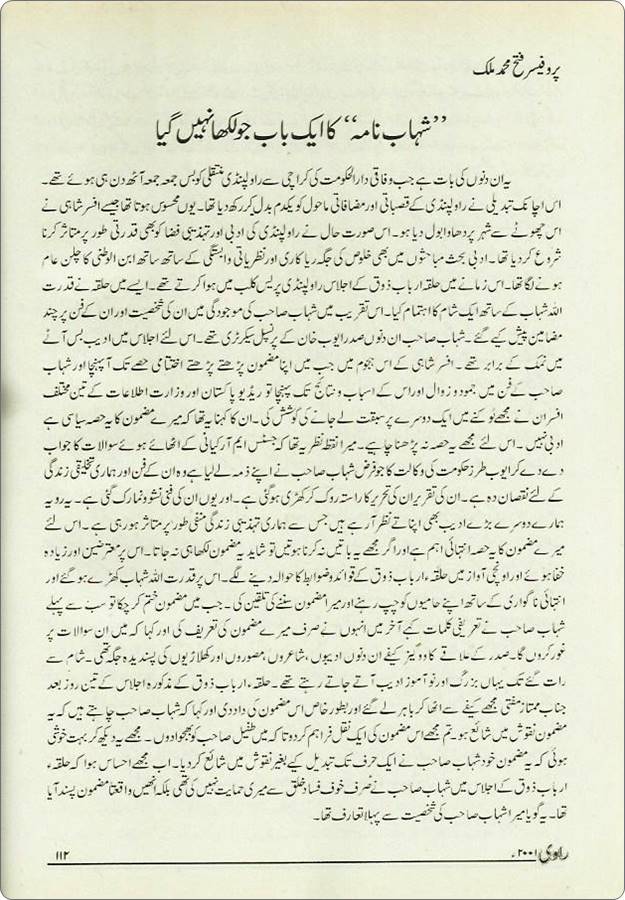 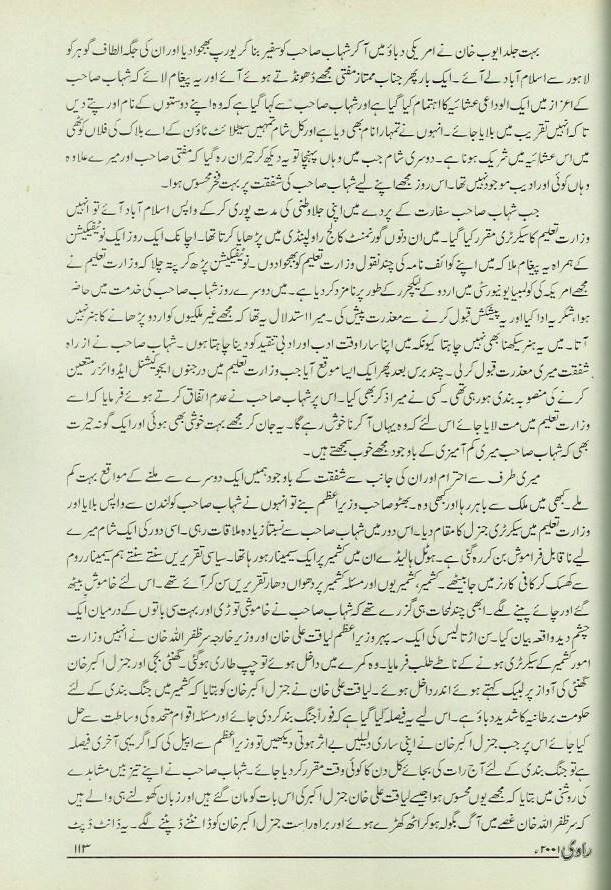 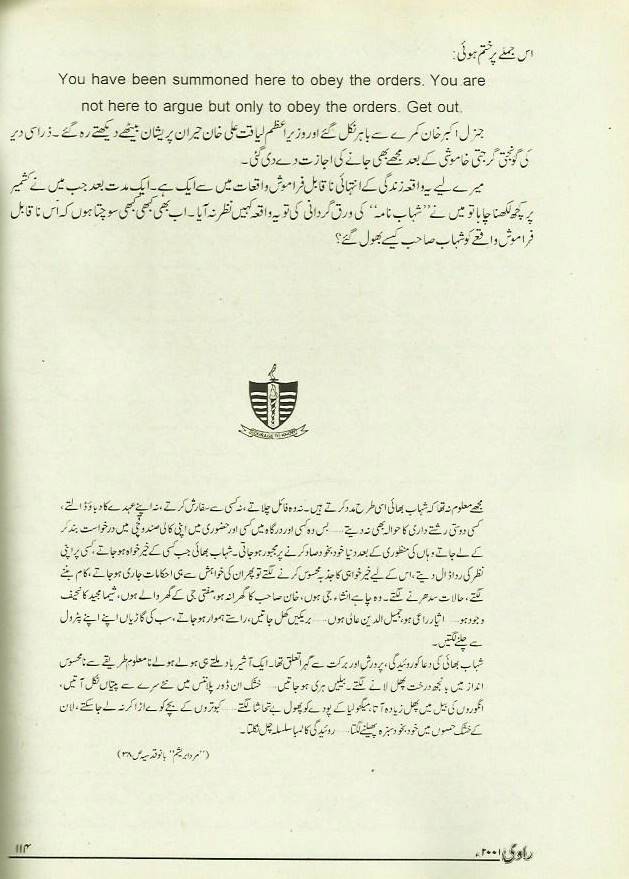