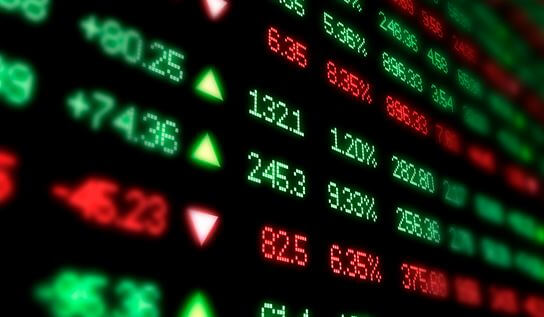 Online trading is cheap, it’s easy and it gives investors new power to control their finances. But you have to be aware of the pitfalls.
It started out as a curiosity, quickly became a fad, and now it’s a revolution. The simple act of tapping a stock trade into a personal computer has transformed a multi-billion-dollar industry. The biggest names on Wall Street have had to tear up their business plans. The public’s fixation with stocks and trading clearly could never have come about without the historic bull market that swept stocks higher through much of the 1990s. It is a lot more fun to talk about stocks, and easier to make money trading them, when prices seem to do nothing but rise. A long bear market for stocks (or even a period of stagnation where prices barely move) quickly takes the glamour out of stock trading.

Indeed, for some time, many on Wall Street bet that a bear market would quickly snuff out online investing. In fact, the Internet itself was considered a fad at first. Many predicted that interest in the Net would quickly fade out). But that talk petered out as Internet-accessible brokerage firms posted year after year of growth figures.

Charles Schwab & Co. (www.schwab.com) was the first established brokerage firm to embrace the Net, and it quickly saw thousands of its clients give up its toll-free phone lines and place their orders online. By the end of 1998, more than half of its stock trades came in over the Net, and across the industry, roughly one in six stock trades originated from orders that were placed online. There were 7.1 million online brokerage accounts, up from just 1.5 million two years earlier, according to Gomez Advisors, an Internet consulting firm in Lincoln, Massachusetts. The number of accounts is expected to hit a whopping 18 million by 2001.

As if any more evidence were needed that Wall Street couldn’t afford to remain aloof from online investing, Schwab’s total stock market value edged above that of Merrill Lynch & Co. (www.ml.com) in late 1998. If there is one measuring stick that always has Wall Street’s attention without fail, it is the stock market. Schwab, a discount-brokerage firm barely 25 years old, was king of the hill. The two companies continue to swap the leadership position in terms of market value.

All of these market values will continue to zigzag with the stock market, but few people now expect online stock trading to go away. The phenomenon has clearly touched a nerve with the investing public and tapped into investors’ desires to use technology as a means to accomplish things cheaper and faster.

As were given U.S. $10,000 to invest in the shares. So we chose six companies and all of them belonged to different industries in order to diversify our portfolio. We studied the past trends of the stocks and companies in the U.S. stock markets. In our portfolio, we generally made a total loss of about U.S. $3,625, which is about 37% of our total investment.

As we can see that the companies on which we made the profits were generally low traded companies in the stock exchanges in terms of volume, which were Coca Cola and Abbott Labs. Although the share prices of both the companies were quite high but still the prices improved and produced the profits of about U.S. $372. Both these companies belong to different industries. Coca Cola is in a beverages industry and Abbott Labs is in a pharmaceutical industry.

The other four companies, which showed losses, were AT&T, Wal-Mart Stores, Compaq Computers and Hewlett-Packard. The major loss is of Hewlett-Packard of U.S. $2,691, which belongs to the computer industry. This share was very highly priced and only 22 shares were bought which ended from 122 USD to only 30 USD which is a decrease of more than 75% and hence loss had to be suffered. Other companies also produced the losses but Hewlett Packard had the major share of the investment and the major source of loss.

Wal-Mart Stores is in the retailing industry and it has been earning profits for the past few years and in the year 1999 its net income rose to almost 3,800 million.

The share of wal-mart has been fluctuating since we purchased the share in early September. As noticeable from the graph wal-mart share were on the rise, which was the primary reason for its purchase.

Hewlett-Packard Company, a leading global provider of computing and imaging solutions and services, is focused on making technology and its benefits accessible to individuals and businesses through simple appliances, useful e-services and an Internet infrastructure that’s always on.

HP has 88,500 employees worldwide and had total revenue from continuing operations of $48.8 billion in its 2000 fiscal year.

HP shares were performing very well at the time of purchase but have dropped considerably since than.

Compaq products and services are sold in more than 200 countries directly to businesses, through a network of authorized Compaq marketing partners, and directly to businesses and consumers through Compaq’s e-commerce Web site. Compaq markets its products and services primarily to customers from the business, home, government, and education sectors.

(1) Includes a $1.2 billion gain on the sale of businesses and an $868 million charge for restructuring and related charges to realign Compaq’s organization, reduce infrastructure and overhead, and eliminate excess and duplicative facilities occurring in the third quarter of 1999.

(2) Includes a $3.2 billion charge associated with purchased in-process technology and a $393 million charge for restructuring and asset impairments in the second quarter of 1998 in connection with the Digital acquisition and the closing of certain Compaq facilities.

Compaq computers has also fallen of its peak since purchase in early September. There was a positive rise in share prices in early November but the price has dipped again.
COCA COLA CO.

Coca Cola is one of the promising shares, which has showed profits and is still on the rise as shown in the graph.
ABBOTT LABORATORIES:

For more than a century, Abbott Laboratories has been working to advance health care for people around the world. Founded by a young Chicago physician, Dr. Wallace Calvin Abbott, in 1888, Abbott Laboratories has evolved into a diversified health care company that discovers, develops, manufactures and markets innovative products and services that span the continuum of care – from prevention and diagnosis to treatment and cure. Headquartered in north suburban Chicago, Abbott helps people around the world in the more than 130 countries.

Building leadership and combining strengths in the areas of pharmaceuticals, nutritionals, hospital products and diagnostics has enabled Abbott to provide total, integrated solutions across the health care spectrum for some of the world’s most prevalent medical conditions, including AIDS, cancer and diabetes. We focus on advancing medical science and the practice of health care with expertise in the therapeutic areas of diabetes, pain management, respiratory infections, HIV/AIDS, men and women’s health, pediatrics and animal health.

Over 57,000 employees around the world have devoted their careers to advancing the practice of heath care. We are proud of our talented employees who have shared the commitment of achieving our ambition mission by developing leading-edge science and delivering the highest quality in every product. As such, Abbott prides itself on providing superior benefits, workplace diversity and vast training and development opportunities across the company.

Abbott has continued to set the precedent for corporate philanthropy in communities around the world. Through Abbott Laboratories’ corporate funding and the Abbott Laboratories Fund, the company contributes millions of dollars annually to health and human service organizations, and sponsors programs that enhance science education, promote diversity, support environmental stewardship, and provide access to health care for people in need. The company also supports local communities with generous employee volunteerism and donations.
Abbott has proved to be the most successful in its industry as compared to competitors (COMP) shown by the decreasing graph line. The line showing upward trend is for Abbott labs.

Telecommunication Company AT&T has dropped considerably since purchase. During last 3 months the share prices has dropped by more than 40 percent.

Share prices of four companies dropped while prices of two have increased. The main reason of the loss was the unstable conditions in the American environment as uncertainty prevailed in the U.S political market. The indexes of NASDAQ, Dow Jones and NYSE have shown considerable decrease in the last 3 months.