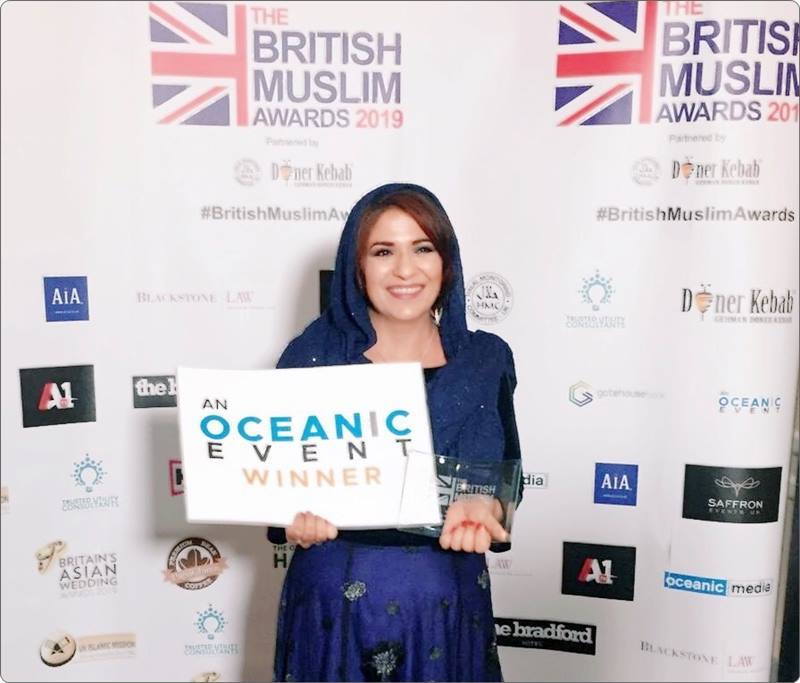 Bradford born, Solihull based lawyer turned writer has won the the Muslim Woman of the Year award at the prestigious British Muslim Awards.
She has been recognised for her work as a writer, speaker, mentor, women’s ambassador and charity trustee relating to issues such as domestic abuse, honour based violence, forced marriage, gender inequality and most recently modern slavery and human trafficking, as featured in her latest novel Razia, to be published by Unbound in July.
The ceremony was held to recognise a wide range of achievements from outstanding Muslim individuals across the UK who positively impact business, charity, sport, arts, culture, religious advocacy, education and medicine among others, and simultaneously and unknowingly battle negative stereotypes every day. The awards endeavour to showcase the strength of the British Muslim community, the impact it has on culture and its achievements over the last year.