10 Things Which Only Ravians Can Understand

A history of more than 150 years at its back, only the Ravians, the student of this college, know and understand how much importance this college gives to its history and tradition. Considered as one of the most prestigious colleges in Pakistan, former students of this wonderful educational institute are enjoying highest positions in all the departments of Pakistan. Some of the greatest names in the history of Pakistan were the part of this college at its traditions.

Here is a list of a few things which only a Ravian can understand and relate to.

Yes it’s true, but Bangladesh for Ravians is entire a different thing. Some of the departments like Botany, Zoology, and Psychology are situated across the road right in front of the main building. As there is a road which is dividing both the departments, that’s why Ravians call it Bangladesh 🙂 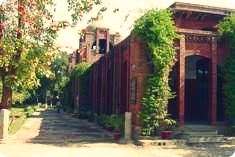 Only a Ravian can understand the importance of Lover’s garden and how it feels to sit there. Some of the most famous and popular love stories in the history of Pakistan were originated from there, Ishfaq Ahmad and Bano Qudsia’s story being the most famous one. This is the reason why Ravians call this Garden as a Lover’s Garden.

3. College Oval and Its Benches, Best Place for Sitting In GCU

During the break or free times, benches of college oval (GCU Main Ground) considered as the best place for sitting and chit chat with the friends. Ravians just love to sit there and discuss the different matters. It is perhaps the most beautiful place in GCU as well. 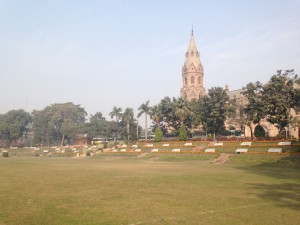 4. Amphi Theatre, Every Ravian Is In A Relationship With It

Only a Ravian can understand the value of amphitheatre in his college life. Constructed during the late 1940s, this amphitheatre has a history of its own which can’t be described in the words. 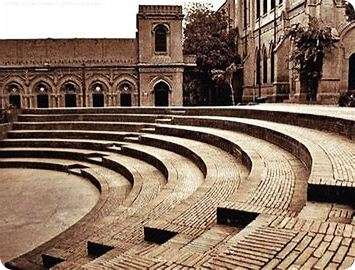 5. College Uniform & ID, Ravians Have To Wear it All The Times

GCU Lahore known for its discipline as well. Every Ravian has to wear the college uniform all the time in the campus along with the card every time. This is one thing which Ravian perhaps hates the most. Failing to do so, he may have very “Fruitable Meeting” with the proctor of the college.

6. Struck Off List, A Nightmare For All The Ravians

A Ravian surely has a heart attack when he saw his name on the struck off list. No Student is allowed to be absent from the any of the classes for more than 2 times in a month. Anything more than this and his name will be struck off. He has to pay a certain amount of fee for readmission, and there is only one chance of readmission. Next time and he will be out of the college. That’s why Ravians have more fear of struck off list than the death 🙂

8. Annual Dinner, Especially For Those Who Live in The Hostels

All the Ravians who live in any of three boy’s hostels (Iqbal hostel, Quid -e- Azam Hostel, New Hostel) know what it meant for them. It is the biggest and most awaited function for any Ravian. It is basically a party night. A wonderful dinner followed by a full musical and masti night. 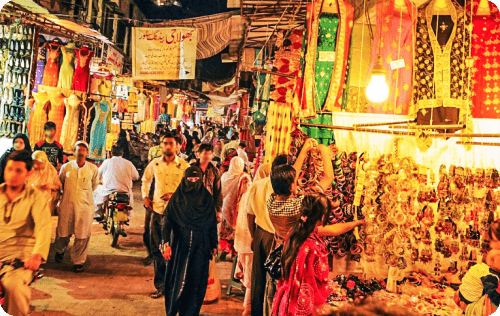 9. Round of Anarkali Bazaar, Compulsory on Every Ravian

It is the just the religious duty of each and every Ravian to have a round of Annarkali Bazar during the break timings. The traditional and famous Annarkali Bazar is situated right next to GCU, it took only 2-3 minutes to reach there. This is the reason why one can find so many Ravians there in the bazaar during the college hours.

And finally, the membership of the Old Ravian Union is the ultimate dream of each and every Ravian. When a Ravian got his degree from the college, he becomes an Old Ravian. Now he can apply for the membership of the Old Ravian Union, one of the strongest unions in Pakistan. This union consists of heads of the state, sportsmen, media tycoons, highest ranked army officers, judges etc. Members of the union arrange a get together every year and all the Ravians love to attend this function.