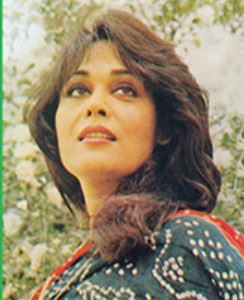 Musarrat Nazir is considered one of the most authentic Punjabi vocalists, famed for her wedding songs that are more popular than ever even after decades. With her flamboyant style, she was probably the first diva of Pakistani Television [PTV].

After her marriage she moved to Canada and completely disappeared from showbiz scene. Download the best Punjabi Sufi Songs by Mussarat Nazir in MP3 format.