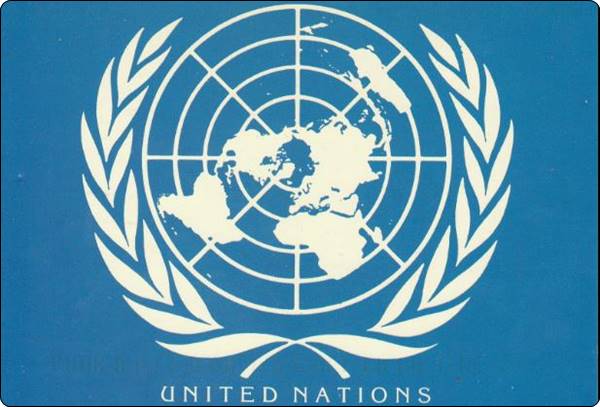 This paper argues that while the forces of globalisation are often seen as qualitatively new, inevitable, constraining and levelling [especially reinforcing a neo-classical- economic, smaller government paradigm] across the developed capitalist nation-states, there are very real limits to such forces. Thus, there is considerable scope for diversity and choice in policy responses, both within and across different political systems and policy areas.
The challenges of the diverse forms of globalisation are neither new nor inevitable; over time, they are usually susceptible to modification, countervailing trends and resistance. Various other factors also matter: local traditions; bureaucratic/policy networks and subculture; electoral and interest group mobilization and coalition construction; policy creativity (or ineptitude); and political choice (involving such non-economic values as social justice and equity, public order, and cultural identity).
Despite some similarities and convergence, the Australian and French examples are, also in many respects, nearly polar opposites in political system, politics, and higher education policy reform. They illustrate a considerable range of choice, diversity and resistance to any necessary or globalizing uniformity, in a critical sector of reform.

Higher education institutions, especially universities, are remarkably international, diverse, flexible, adaptive, and enduring phenomena (OECD 1987: 7, 91). Very few cultural inventions of the European medieval period have lasted so continuously and so long. Very few have been so widely adapted and adopted, globally, across traditional barriers of time and space. Universities, ideally, balance many competing claims: teaching and scholarship with research; liberal arts with professional or vocational education; tradition and conservation with creativity and intellectual contestation; universal, cosmopolitan and objective standards with local and national communities’ values; institutional autonomy, academic freedom, and “truth-seeking” with service to society, economy and polity.

They do so more or less well, in different ways, in differing systems, with different names and rules. They change and evolve. But they also maintain a robust capacity to protect their family resemblance, self-constructed identity, and culture of competitve, squabbling, but also cooperative and collegial interchanges, especially against “outside” threats.

“Globalization” is a relatively recent, widely used concept referring to a variety of socio-economic and cultural processes that seem, increasingly, to integrate diverse local and national entities into a single global, international, worldwide whole (Albrow 1993:248). Over the last decade, a hegemonic version of globalization has stressed the empirical and normative dominance of neo-classical economics and ideologies (in Australia so-called “economic rationalism”) and the imperatives and competitive pressures of the global, trade, financial and production markets and new technologies.

Most policy makers in the Organization for Economic Cooperation and Development (OECD) countries, with varying degrees of enthusiasm, have accepted the reality of such pressures, at least in trade, industrial and macro-economic policy. Some embrace and endorse “laissez-faire” liberalism and market capitalism both externally and internally, and across all policy sectors. Some attempt to foster but also regulate or guide market activities. Others accept external, international, free trade and market liberalism but compensate with consensual, neo-corporatist, interventionist, internal, domestic policies as much as possible, especially in welfare and labor-market areas (Lijphart 1984; Katzenstein 1985).
Increasingly if unevenly, both rightwing and leftwing governments have engaged in major restructuring and reform, to the benefit of internationally competitive producers and central and fiscal bureaucracies and strategic policy makers, at the expense of spending departments, welfare clients, and protected economic sectors (Schwartz 1994; 528-531,553).
Not surprisingly, the same trends and rhetoric, to a greater or lesser degree, are increasingly apparent in many higher education (reform) policies. These have shifted emphasis dramatically from the 1960s to the 1980s and 1990s. Many have shifted away from generous, government-funded, and planned higher-education expansion and democratization policies, and towards more austere, cost-cutting, privately-funded, market-driven expansion and diversification programs. However, in this policy sector too, there are continuing and crucial divergences of structure, politics and policy [especially in such areas as student fees, degree of government funding and control, institutional size and internal higher education management structures, curricula and pedagogic innovations, qualilty, and social equity] (OECD 1990).
Australian higher education policy is not alone in paying increasing attention to global economic pressures and opportunities nor to domestic pressures for market principles ( e.g. public austerity, “user pays”, efficiency, effectiveness, accountability, “quality” and the like). It is arguably unique and unprecedented, however, in the suddenness, the scope, the degree of reversal of previous policy, and vigor which characterize the”revolutionary” “reform” process begun in 1987 by the then Minister for DEET [a new and enlarged department, linking employment, education and training], John Dawkins (Dawkins 1988). Similar trends have continued or accelerated under subsequent Labor ministers (Baldwin, Beasley, Crean), and perhaps even more so after a change to a Liberal-National government majority in early 1996, under controversial Ministers Amanda Vanstone and, now, Dr. David Kemp.
Dawkins’ broad policy objectives …[were] four: …to raise participation in higher education and to widen access to it..; to improve institutional efficiency and effectiveness, and to increase the responsiveness of institutions to Australia’s economic and social needs. … Our institutions …have..been pressured to conform to policies laid down by the central government; …they have generated much uncertainty and many tensions, and some have done great damage. However, they have produced some positive results and established conditions which will facilitate deregulation, …to free our universities …so that they can entirely manage…their own affairs. (Karmel 1992: 55, 70)
Dawkins was a key player in the wider, ambitious, government policy framework for major socio-economic change. This process deliberately set about to reverse and reconstruct the inward-looking, regulated, and protectionist “Australian Settlement” of 1900, the uncontested grounds of public policy for three generations (Castles 1988; Kelly 1992) . Instruments of macro-economic change were polices of: internationalization of the economy; tariff reductions; enhanced exports and trade, especially in the Asia-Pacific region; bureaucratic managerialism; and reductions in government programs and spending.
In higher education, Dawkins pursued a “micro-economic” reform agenda to harness the sector to “national needs”. He (1) overturned previous Labor policy and re-introduced student fees (for Australians only partial fees, paid by deferred no-interest, indexed “HECS”(Higher Education Contribution Scheme) loans, but full fee recovery for an increased number of foreign students). He also (2) abolished the expert, policy buffer organization CTEC (Commonwealth Tertiary Education Commission) and exerted greater direct and strategic government control on university specialization “profiles”– while devolving operational and managerial responsibility and implementation to institutions. Finally, he also (3) very strongly “encouraged” mergers for “efficiences” and economies of scale, and (4) significantly expanded student places– while (5) steadily cutting per capita operating grants. And all this without (6) major public or electoral controversy.
More recent Coalition policy guidelines for both macro- and micro-economic reform and higher education suggest few major changes in these general directions, but instead an acceleration in the pace and scope of change (e.g. public sector and tertiary budget and employment cuts, increased user pays policies and higher HECS, weakening of collective industrial relations and public disengagement from salary supplementation and entreprise bargaining for “productivity”) (Vanstone 1996).
Currently, the higher education sector is evaluating the implications of the interim West report, Learning for Life: Review of Higher Education Funding and Policy, which suggests quite radical changes, explicitly endorsing globalization as inevitable and desireable [with proposals for market competition, separation of teaching and research, privatisation, universal student learning entitlements and vouchers, Internet/Web computer technology, and institutional corporatisation] (West 1997). Although much bolder than previous policy recommendations, West’s discussion paper follows on from assumptions already widely accepted among many influential policy makers :
. [Australia’s Higher Education Council]…identified current and future characteristics of the context in which universities will operate, including:

A decade ago, before Dawkins’ revolution and the West review, the Australian higher education system operated on a very different consensus. It was based on a regulated, cooperative, binary, collegial, arms-length from politics, internationally privileged, high quality, generous, free and publically-funded education ideal. Thus, the scope, pace and method of reforms which overturned this ideal constituted a real shock for most in higher education, especially staff and students, accustomed to a more benign environment.
It was argued by government reformers, however, that such changes were necessary, ineluctable and in line with global trends and necessities. “Free education” for all who qualified, knowledge for its own sake, and a protected, diversified, autonomous higher education system were no longer affordable, efficient or practical. Alternative reform strategies, [other than those of the UK or US which were predominately even more laissez-faire and market-oriented], were not seriously considered.
It is at least plausible that some of the difficulties inherent in such a massive change, and one obsessively focussed on government fiscal restraint, could have been avoided, if other models had been canvassed, both for ideas to imitate and difficulties to avoid . While the Australian system is, comparatively, still an enviable one in many ways, it has undoubtedly and unnecessarily lost some of its pre-eminence and quality in recent years (overcrowding, course duplication, student poverty, increased bureaucracy, staff stress and lower morale), by excessive adherence to narrow neo-classical economic theses, justified as necessary by an ideology of globalization.
The French, however, have taken a different path in response to the same pressures, suggesting some alternatives were and are possible. With the exception of more student places, the trends and policies are substantially different to those in Australia: “free education” for all Baccalaureat holders by right and no unmet student demand; greater decentralization of system administration and more university autonomy; creation of new, stand-alone campuses and the continuing breakup of older mega-universities; increasing government resources and steadily rising standards of pedagogical practice and innovation (from a less satisfactory base); and continuing public controversy and interest group mobilization. The French seem to be headed towards the model that Australia is in a hurry to abandon, unwilling to learn from either French successes or mistakes. Such substantial differences deserve to be explored to test the limits of the uniformity of globalization hypothesis and the necessity of a small government, competitive market model of higher education reform .