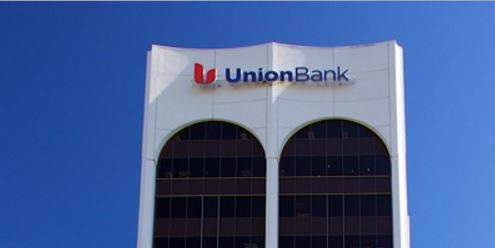 Union bank established in 1991 had very little knowledge about the banking sector here in Pakistan. As a new organization Union Bank started as a bank with diversified investment facilities providing loan means to the basic industry sector of the country but due to uncertain political situations and other untimely problems they could not recover these handsome amounts and thus the bank went into a loss. It was later revived in the mid 1990’s with the help of Dr. Abdullah Mohammed Adbullah Basodan of the Al-Marjan Group of Companies.

BRIEF HISTORY OF THE COMPANY:-

Union Bank, incorporated in 1991, saw a major management change in the latter half of 1999 when a Saudi/Middle Eastern Group acquired the Bank. The present Union Bank management comprises accomplished Bankers who have had long-standing experience with major international banks. In July 2000, Union Bank acquired the Pakistani Operations of Bank of America, which not only strengthened the Bank’s Balance Sheet but also enabled Union Bank to institute world class operating standards for a more focused approach and enhanced service delivery to its customer base. As part of the acquisition of the Bank of America Operations in Pakistan, Union Bank acquired a large merchant base which places the bank as the second largest card acquirer in the country, a fact that would greatly facilitate acceptance of American Express Cards in Pakistan. Union Bank also provides an extensive distribution of 27 branches spread over 15 major cities and has plans to further expand its branch network in the future. Union bank went through a remarkable transformation in their policies, networks, management and portfolio to become a far more stable and developed bank then before. A new era began with the revival of this bank in the field of targeted banking because unlike other banks Union Bank targeted a certain sector of the society and provided investment schemes to facilitate them this time.

“ To be the premier bank, responsive to the need of target market customers, recognized for consistently superior service quality and innovative products, thereby delivering superior value to our stakeholders”

The journey started with Union Bank restructuring itself into four business groups, which were: –

Along with this Union Bank came in line with the latest banking practices around the globe, which gave them the flexibility to operate and offer unique services to their targeted customers. Some new initiatives taken by the bank are to launch new products and services for their customers, using state of the art use of Information Technology and entering new alliances which would allow Union Bank to be in competition with other Multinational and good performing Local banks.

The journey towards being a a premimum bank  and achieving recognition for service quality is neither short nor smooth. Never the less, Union Bank has comenced this journey  with good promise and firm hope,. In addition to which they have intruduced a new era of remote banking  which includes : –

For the facility of their users Union Bank offers personal loans for capital investments and house development schemes at low  interest rates.This feature has gained  wide popularity over the period of time.

A debit card is some what like a credit card which allows the user of the card to directly debit the current balance of the client in his\her bank account.Union Bank is the first to launch devit cards in Pakistan.

It offers their costumers a comprehensive range of services : –

Union Bank  started its credit card service in collaboration with American Express International .American Express started its operation in Pakistan in 1992, it was one of the well performing companies but their marginal analysis revealed a decreasing rate of profit over the years and hence they had to shut down their operations.

With the help of this collaboration  Union Bank started  its phase of global partnerships with Multinational Investments Organizations.

With the help of Union Leasing;a division of Union Bank offers various car financing schemes for example their scheme Uni car  offers the client to pay the book value of the car as the downpayment and then allows the clients to pay monthly installments of small amounts.

Performs the same function as a credit card and allows the user to have a higher limit of credit . But  to use these services the client has to maintain a certain credit limit in  his\her account.

Being compared with the other developing banks major competitors of Union Bank are  :

I.T LEGACY IN THE COMPANY:-

The use of information technology was not very welcomed in Union Bank till its downfall in 1991. After its revival in the mid 1990’s Union Bank brought a revolution in their banking with the help of Information systems.This helped the bank to manage the informaion generated in different areas such as transactions, customer information, and various other fields, moreover these information systems helped the  bank in taking many stategic decisions for future planning and managerial policies.

The information system used by Union Bank was a Unix Based system called  “U-BANK”, developed by a software company of the Saigol  Group.

The major draw back of this system was that it  was offline and there was no concept of single entry, and the system lacked modules of networking meaing that each branch of the bank had their own server and did ot share any information amongst themselves.

As a result from Feburary 2002, the whole organization shifted from using “U-BANK” , to another system called “EQUATION –DBA”  which was develped by a well known software development firm called MIDAS KAPITA INTERNATIONAL.

This system was online and had the faciltiy of single entry it also supported the module of networking, hence all branches of the bank were connected to each other and shared all  data between themselves.

TABLE OF ALL SYSTEMS USED IN THE COMPANY:-

INTERRELATION/ INTERDEPENDENCE OF THE SUB SYSTEMS WITHIN THE SYSTEM-IN-FOCUS: –

THE PROFILE OF THE SYSTEM IN FOCUS

NAME OF THE SYSTEM:-

PURPOSE OF THE SYSTEM:-

NUMBER AND TYPE OF USERS: –

There are three main types of users of Equation DBA in Union Bank according to their line of authority and uses: –

The administrator is the person who has all the rights to access any module of the IS. In the case of Equation DBA used in Union Bank Hassan Haider, AVP, holds administrative rights which provide him with authority to 300 options in all.

Administration and staff has restricted access to various modules with limited rights according to their needs of the department they belong to that is. Accounts, finance, marketing, MIS,

The customers are the users of the system by interacting through credit cards, cash cards, withdrawals and other transactions which are indirectly using the system in focus.

DEVELOPED BY AND YEAR OF COMPLETION: –

Ubank IS was basically introduced in Union Bank in the year 1998, but at that time Union Bank was owned by Segal Group. In the year 2002 when Union Bank was acquired by Shaukat Tareen and Dr. Abdullah Bassodan (CEO of Emirates); they adopted to the current IS of Equation DBA because of mainly its feature of online banking. Equation DBA was develpoed by Midas Kapiti Intertional, a very well known IT gaint.

DB2 on Unix is running in the back end as one of the most secured and persistent operating system that the IS has to offer.

Visual C++ is the supreme tool that has helped the programmers of the IT department of Union Bank in making the front end side of Equation DBA. As the Object Oriented Approach including classes, encapsulation and inheritence removes any limitations that pertain in other languages.

INFRASTRUCTURE OF THE SYSTEM IN FOCUS

TABLE OF MAJOR MENUS AND SUB-MENUS:-

ROLE OF THE SYSTEM IN FOCUS:-

The role of Equation DBA in light with other IS used by Union Bank is: –

Union bank uses Card Pro and Trade Innovation for the purpose of TPS. The role of Equation DMA is to record the data from the transactions recorded through these TPS systems and store them at the main server located at I. I. Chundrigar Road Karachi. The major advantage that TPS provides is single entry system which reduces the amount of paper work for the accounts department and helps in balancing the entries in balance sheet and journals at the end of every period.

There is no paticular system designed for Decision support, but usually the information generated from MIS systems is used in DSS systems.

DISCUSSION ABOUT THE SYSTEM AND DATA SECURITY:-

All data updates are done on daily basis and all previous information (up to 2 weeks) is saved providing them sufficient backup  of their data.

The system is protected with certain protocols and  proxies thus allowing only authorized  people  to edit the data on the server while allowing the rest of the users to view the data only.

THE IMAGE OF THE SYSTEM-IN-FOCUS:-

The management seemed to be satisfied with the system in use and the out put generated by it.

The system was very stable, secure and user friendly,all its modules were useful and performed all the basic functions of a typical quality DBMS.

USERFRIENDLINESS OF THE SYSTEM IN FOCUS : –

We had a survey of 10 employes,who used this system,and we were  surprised to know that 9 out of 10 employees were satisfied with the user friendliness of the system.But there was one general view that it is not that easy as windows ,it atleast require some insight of the system.

WHAT IS YOUR OBSERVATION ABOUT ITS USEFULNESS?

We personally think that ‘EQUATION DBA’is the most useful software specially for online banking ,as UNION BANK is spread over 32 branches which are located in 17 cities of Pakistan,so in order to maintain the record of so many branches can only be done by an efficient system,and this system seemed to be perfect.

IDENTIFY SOME AREAS OF IMPROVEMENTS IN THE SYSTEM,WHAT ARE YOUR SUGGESTIONS?

We noticed that some of the major  problems faced by the end users of the system were that there werent many topics of help and truoble shooting for the enduser was not very simple.

SATISFACTION LEVEL OF THE MANAGEMENT AND THE END-USER WITH THE OUTPUT: –

Interrogating from a couple of managerial personals we came to the conclusion that Equation DBA is a comprehensive and satisfying IS which provides relevant data for specific concern of every department.

USER FRIENDLINESS LEVEL OF THE SYSTEM-IN-FOCUS, IN USERS PERCEPTION:-

At Union Bank most of the employees are computer-literate because of which it is mostly regarded as user friendly IS. Still some employees still thought that it took sometime to get familiar with the various option and operations that the system has to offer.

WHAT IS YOUR OBSERVATION ABOUT ITS USEFULNESS?

IDENTIFY SOME AREAS OF IMPROVEMENT IN THE SYSTEM,AND WHAT ARE YOUR SUGGESTIONS:-

In our first visit we covered the following topics with the help of Mr. Khayyam Ahmed Khatlani.

Our second visit was based on gathering information about the system as whole and major subsystems. The topics covered are as follows: –

In our third visit we went to get snaps of the system in focus and discussed about the relative importance of the system. The snaps were taken from various angles so as to demonstrate the various means of input, processing, and report generating.