Most of you have heard this remarkable statement. Does it sound familiar? Have you ever heard it before? Recall the last time you said that. Perhaps you said it yesterday or last week. Am I right? I am sure that most of you would agree that this statement is the reason for the 99% problems of our society. Primary problems like environmental pollution, violence, unrest, global warming, inequality, deforestation and so on. But the topic that I want to discuss currently is “Traffic rules Violation”. 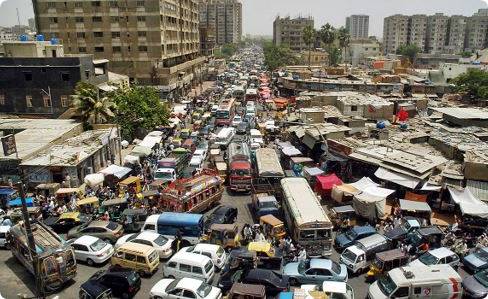 It might seem odd to you that how does this issue relate to my topic sentence. But it undoubtedly does. Let’s prove it through a small experiment. If you are a citizen of Pakistan just like me, go to your mother, father or your elder siblings and ask them,” Why do you knowingly violate the traffic laws?” I am sure, 80% of the answers would be

Growing up in a city of Pakistan, I always observed people not obeying traffic laws. Even when I went out, I never wore a seatbelt. Nobody advised me to wear it except for my teachers and I used to read it in my school textbooks. Human nature is unlike, especially the children process in a different way. In order to address you need to consider certain ways. Otherwise, these children would turn into disastrous human beings. They teach their generations what they learn, and that’s how the world works. Most of you would agree that kids learn from their elders. They idealize them. They won’t listen to your advice unless they see you doing it. They learn through your actions, not statements. As I was saying that I learned about wearing seat belts from my teachers, but did not see the people around me wear them very often. I remember when I was 10 going to Lahore with my family for my grandmother’s monthly checkup. I was sitting in the front seat. I could hear a continuous beeping and see a red sign representing something. I didn’t know what that beeping or sign was for. I asked the driver and he explained that it was just telling us to wear the seat belts. I asked him why he was not wearing one.He replied,” Ann…Whatever.”

I am certain that any kid would grow up with the same kind of behavior, after listening to such responses. If you drive on the roads of Pakistan, you will realize that it is no less than an adventure to drive on the roads of Pakistan. Thought of driving on the roads of Pakistan frightens me a lot that I don’t know if I would ever drive in Pakistan. People don’t understand that they can’t make four lanes out of two lanes or drive in whatever direction they want. Bikers think that owning a bike gives them the right to drive on any path they want to. All of us know footpaths are for pedestrians, right? But I don’t understand that if bikers drive on footpaths, where in the world would those pedestrians go? The same situation is with the signals. People just don’t care unless a police officer forces them to stop, which doesn’t do any good either. This carelessness and negligence results in the loss of precious lives every day but still nothing is awakening them.

I always thought about this issue but my exchange year in the USA as a high school student made me think about it even more. I thought about this issue, every time I went out with my host family. I noticed that even a slight mistake by a driver made my host parents angry at him. If someone drifted an inch out of their lane, they would just lose their temper. The question is why these people can’t simply just follow the rules. I know all of us can put a bunch of reasons here, like unawareness or lack of education and so on. I will discuss them later but according to my observation the reason is that there isn’t any proper action against them and they know that they can just get away with it. I am saying that because every time I appreciated Americans for abiding traffic laws, they replied, “Of course! We have to, otherwise we get a very expensive ticket and we do not want that. You see this clearly shows that, “لاتوں کے بھوت باتوں سے نہیں مانتے”

It shows that people don’t care until there is an action against their doings. They don’t care unless they have to pay some huge amounts for violating traffic laws. Proper tickets and going before the judge might help a lot.

Some other basic reasons that play their role in such violations are unawareness, bad infrastructure and poor mechanism of the government. If I say that people are unaware of a lot of traffic rules then it won’t be wrong. Many youngsters out there drive without licenses. They do not take any lessons. They just get their license without any driving tests which means that these licenses have no importance. They are just a piece of paper. In my city Mianwali, when I go out, I see many underage kids, sometimes even 12 or 13-year-old kids driving insanely. Some of them even carry 3-4 members of their family and wave around. Who stops these kids? No one does, that’s why they just keep doing it. Most licensed and experienced drivers are not even aware of the basic traffic laws, so there is no point of saying they don’t follow the laws.

Another factor is bad infrastructure. It plays a huge role in how traffic goes. Pakistan has improved its roads a lot but at the same time in small cities, like my city Mianwali, the road conditions are extremely bad in the market areas. There aren’t any street lights. You can see some but most of them don’t work. There aren’t any lanes or signs on the streets of the Main Bazaar. During the day, the traffic looks like a huge crowd of people. Pedestrians, motorcycles and cars go through the same path at their own risk. There isn’t any concept of Zebra crossing. It’s all messed up. Traffic is jammed the whole time. We also have an underpass, right in the middle of the main Bazaar, which turns into a pool when it rains.

Now the problem is how to discuss this problem adequately. There are many people out there who think they can play their role by writing lengthy captions on social media and making videos. Well, these types of issues aren’t solved by just addressing people. It needs to be done practically. Our media also plays a huge role. I would like to mention some huge flaws that are in our media. Many of our prominent celebrities out there try to play a positive role in different social issues. But if you see the car scenes of our dramas and films, believe me, 80 percent of them don’t have seat belts on. Many bikers do not wear their helmets during the scenes. Such actions put a very negative impression of us as a nation.

We need to consider that as a nation that you can’t just address people unless we apply it on ourselves. Another good example would be the schools. I know that sometimes our schools try to address such issues but why don’t they implement some rules so that the students start following them instead of just listening? Make helmets mandatory for your students and don’t let them enter the school unless they have a helmet on. These are some small steps that can prove to be very effective. Schools can run some campaigns and involve their students in them. If they would work in such campaigns throughout their school life, they would develop some sense of responsibility and think before they violate any laws.

If the government does not do much then our schools should take responsibility for their students and take some serious action in case any law is willfully violated. Now you would be thinking that how is this even possible to keep an eye on kids when they aren’t even in school perimeter. I know it is not possible, but you can at least take some action when your students are celebrating the last day of their school year by blocking the roads proudly and firing from the sunroofs of moving cars in the city premises. They don’t only just do it but make it more fun by putting those vlogs on the internet, so that everyone can watch them. They think it is cool, but they do not realize how stupid they look. I do not think it is hard to take action after the proofs are everywhere on the internet. I would not like to mention the names of the schools, but those are some of the topmost schools in Pakistan. Such actions should result in some serious consequences but sadly nobody cares.

It is sad, but we have a long way towards development as a civilized nation. All of us have to play a major role in it. Parents have to be responsible for their kids. If you would let your kids drive without helmets, without any driver’s license, training and start teaching to drive without any permit or authorization. Then it means you are also responsible for the people dying every day in Pakistan. You are also responsible for it, and you are playing your role for the impulsive behavior of this nation. As a nation we need to change our behaviors. Let’s forget that “باقی نہیں کرتے تو ہم کیوں کریں”and process the saying “قطرہ قطرہ مل کر دریا بنتا ہے”