Joyful during her maiden voyage;
Boarding plentiful travellers of each age;
Speedy and smoothly – England to New-York;
Royals to middle and middle-lower class;
Titanic was merrily floating abroad …

Massive & costly with greatness that felt;
Authors, historians, and nobles – they dwelt;
From ballroom to doors, garnished very well;
Enjoying the moonlight, all couples yelled;
Titanic, on fourth day of boarding abroad …

Inside the Atlantic, hasty and reckless;
Weather was snowy and water speckles;
Despite warnings, the crew so careless;
Rescuers, lifeboats – all turned feckless;
Titanic hit an iceberg while moving abroad … 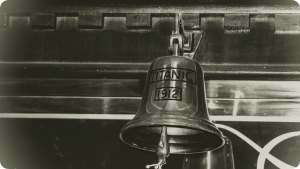