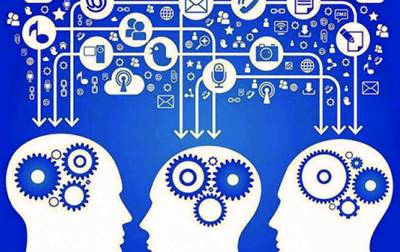 Without a strategy the organization is like a ship without a rudder, going around in circles. It’s like a tramp that has no place to go to.

Competing in the market place is like a war. You have injuries and casualties, and the best strategy wins

Strategic planning, formulation and implementation are core management functions. Although strategic management has been in existence for only a few years its implications have been firmly and strongly rooted in organizations that want to stand in good stead. Among all the varied things that managers have to deal with and act upon, few affect an organization’s performance more lastingly than do the task of charting an organization’s future course, figuring out the what strategic moves and approaches to undertake, and then orchestrating execution of the chosen strategy as close to perfection as is managerially possible. One of the biggest factor in determining whether the organization performs up to its potential or not is the extent to which the management team performs the strategic making and strategic implementing functions.Indeed

A strategic plan, then, is the bridge to the future which an organization uses to lead from what it is to what it envisions it can become.

Marketing was the answer of a majority of more than 100 top level American executives when asked “What is the most important management area in the company?” Marketing is important because it forms the link between the company and the market it serves. Therefore the crux of marketing management strategies is the making of mutually satisfactory exchanges of goods and services with users in those markets

Marketing in fact is the process of planning and executing the pricing, promotion and distribution of ideas goods and services so as to create exchanges that satisfy individual and organizational objectives. Marketing management strategies, like strategies in any other functional area is mainly concerned with the making and implementation of decisions. Marketing is regarded as a technique to attract customers and to satisfy their needs so as to create a sense of brand loyalty.

By the end of the usual day in the typical company, several marketing decisions will have been made. They will have involved such concerns as increasing the inventory in the regional warehouse, adjusting for price fluctations, setting on a theme for an advertising campaign, and a large no of other marketing related, day by day matters. These are examples of operational decisions and are usually made on day to day basis.

However not all operating decisions are made daily. Some require a lot of deliberation before they can be successfully formulated and implemented. These are known as operational strategies and are vital for firms that not only are concerned about their day to day operation but also with their long term stay in the market. In the well managed company these operating decisions are made within the context of a much smaller set of decisions. Such decisions have to be very tactically handled in order to have strategies that give you a competitive advantage on the basis of uniqueness over your competitors.

EVALUATION OF STRAREGIES IN THE INTERNATIONAL MARKET

Coca cola is a market leader. They always try to project a uniform brand image to promote a strong consumer appeal for this successful product. Its advertising strategies have not only been successful but have gone a long way in establishing the image of a pure refreshing product world-wide. There is also a great degree of uniformity in its advertising campaigns and methods used to market its production. The company constantly changes its advertising punch lines as time passes like “Coke it is!” to “The real thing” and now “Always coca cola”. Coke used Billboard advertise for the first time in 1894 and in 1930 Coke was the first beverage company to sponsor a program on radio.

In 1986 Coke availed an excellent opportunity and bought a bunch of bottlers that weren’t performing well and combined them with its own bottling network, giving the new outfit a new name Coca Cola Enterprises (CCA). Very soon after keeping 49% of the stock, it spun the rest of CCA in the market. Simultaneously Coke washed millions of dollars in debt and a low return capital hungry business off its books.

Now coke uses CCA (1995 revenues $6.8 billion) to acquire weak bottlers to increase its volume. This has been indeed one of the major reason why coke has been winning its share wars on the international circuit. Pepsi on the other hand has shunned the spin off strategy and owns and operates most of its bottlers.

In general the secret of success of Coca Cola is its outstretched look on the long run like if the market is expanding at 5% then Coke would aim for a 6% goal setting . Further more Coca Cola, over time, methodically invests millions of dollars in its soft drink infrastructure. On a large scale comparison Coca Cola devices strategies, overseas operations, and develops talents in ways virtually antithetical to Pepsi.

Coca cola international has indeed has very strong footings in the international market. It is in fact one of those firms that not only has a very high market share but also has been very consistent in its performance over the years. Its revenues and profits have been rather stable and have shown considerable increase at times. Coca Cola is ranked in the list of those firms that have very consolidated hold internationally. This is mainly due to its quality product, competent staff and unique market strategies. Its advertising campaigns as mainly depicted by its television commercials  are highly commendable and have gained great popularity and respect over the years. The amount of expenditure that coke does on its advertising campaigns is indeed tremendous. But leaving the quality of its product aside, unique and outstanding advertising campaigns has been one of the culminating factors in its huge popularity. Coca Cola is now compared to market leading firms like Microsoft, Procter and Gamble, Berkshire, Intel etc. Statistics in fact reveal that coca cola is nowadays heading the list of most admired companies in terms of quality of management, financial soundness and long term investments. A brief overview of its position is exhibited by the following charts: