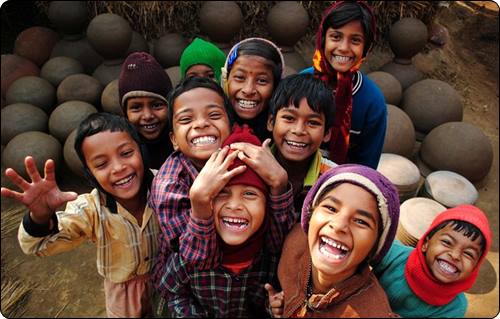 Pakistan has jumped eight places to achieve a rank of 67 among the 156 nations included in the World Happiness Report 2019, recently published by the United Nations. Pakistan ranks above countries like Russia, China, and Turkey, and a massive 73 places above India.

The country scores are based on an analysis of the past three years’ data and surveys, including the Gallup World Poll that started in 2005. Six key variables are used to determine the score: per capita income, healthy life expectancy, perceived freedom, perceived corruption, social support, and generosity. Citizens’ perceptions about their country and quality of life, therefore, play an integral part in determining these rankings.

This is Pakistan’s highest ever rank since the inception of the annual report in 2012. With a score of 5.653, Pakistan is comfortably placed in the top half of the table among the happier nations of the world. This indicates higher levels of well-being, satisfaction, and freedom among Pakistanis, despite recent economic challenges.

Pakistan has retained its position as the happiest nation in South Asia, 28 places ahead of Bhutan which is ranked second in the region. Pakistan is also by far the happiest country among its neighbours. China is ranked next at 93, followed by Iran (117), India (140), and Afghanistan (154). Among other South Asian nations, Bangladesh is ranked at 125, with Sri Lanka and Nepal at 130 and 100 respectively.

The data for 2016-18, when compared with that for 2006-08, places Pakistan among the 20 top gainers in the world, increasing its average score by over 0.7 points over this span. Pakistan has performed particularly well in the domains of social support and perceived freedom, in addition to a noticeably improving healthy life expectancy.

Finland is ranked the happiest nation on earth. The Northern European country of 5.5 million people has retained its top ranking from the previous year. Eight of the top ten countries are all European, including all Scandinavian countries, while New Zealand and Canada are the other countries making up the top ten. Their ranking is as follows.

On the other hand, the least happy (or unhappiest) countries include African nations with high rates of poverty and unrest, and other war-affected countries such as Afghanistan and Yemen. At the bottom of the table is South Sudan, an African country that seceded from Sudan in 2011 but has since been embroiled in a civil war.

Other Findings of the Report

Among other countries, USA dropped one place to 19th this year, while UK rose four places to 15th. Israel (13) is the top ranked Asian country while UAE (21) is the happiest Muslim nation. Other Muslim countries in the top 30 include Saudi Arabia and Qatar.

The report points to a fall in overall world happiness in the past few years. There has been an increase in “negative emotions” that include worry, anger, and sadness, as revealed in the Gallup survey. Other contributors to the fall in happiness include the fast-growing world population, the rise of populist political movements in many countries, and the growing unhappiness in India, home to 1.3 billion people, which lost seven places from its last year’s ranking.

The idea of measuring happiness was first adopted by a UN General Assembly resolution in 2011, with the Prime Minister of Bhutan playing a significant role in the development. Happiness indicators have since gained popularity as an alternative to per capita income figures that convey only one aspect of human well-being.

Ammar Awais is a freelance writer and a post-graduate student of finance at Institute of Business Administration (IBA), Karachi.