Of Dubious Depression – By M. Tariq 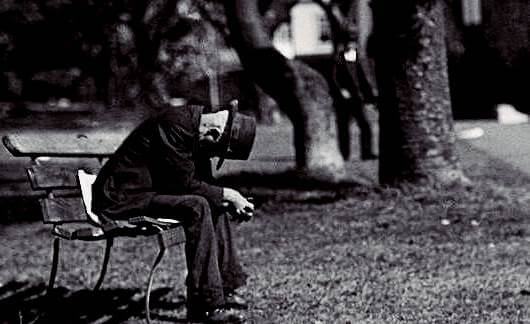 Of Dubious Depression  – By M. Tariq

There are so many experiences, that I relive in my dreams, but am unable to go through in real life, bowling an over in a cricket match, or hitting one over the cover boundary, playing football, playing a drop shot in a squash court, dancing.

I put both my hands together and raised them for dua, after my morning prayer. The experience was so ecstatic, that I woke up with a start, because, for the last thirty two years, I have been unable to perform this simple act, to pray to Allah in the Muslim fashion, ever since I became disabled due to a brain haemorrhage.

There are so many experiences, that I relive in my dreams, but am unable to go through in real life, like bowling an over in a cricket match, or hitting one over the cover boundary, playing football, playing a drop shot in a squash court, dancing with a lady, opening my arms and hugging a friend,the list of things, for which I could give anything to do, is endless, and the realization that I shall never be able to experience them, is saddening, if not downright depressing, but life must go on, and depression must not be allowed to paralyse it.

There is a classmate of mine from schooldays, who very tragically lost a beautiful eight year old daughter in an accident. My friend, who was always a very sensitive soul, went into a depression, and even a year after the loss, when I talked to his mother on telephone, she told me he was always crying for the departed soul. Years went by, and the matter slipped out of mind until recently, when I was reminded of the fact that my best friend is still in a state of depression. The matter came out again because of an internet group we class fellows had opened, in which everybody was contributing, but not our friend in Karachi. We could see from his only form of communication, the photographs which he which he had posted, that he was living a good life, and we could see that he had been traveling about to Bangkok and Srilanka, but we could never entice a single comment from him. During a small reunion of six classfellows, one of our friends who had met our reclusive friend, told us that he is still in a state of depression, due to loss of the daughter, and I remembered that, when I had inquired about his sudden disappearance last year, after a couple of hours spent together during my visit to Karachi, he had told me how, he sometimes gets into a state of depression. Having experienced depression at first hand, I tried to reason with him, that everybody, to some extent or the other, experiences depression, and how I too had lived for many years in depression, pining for those joyous days when I seemed to be doing everything right, and my life was a string of enjoyable experiences. However, realizing that my life had irreversably changed, I had decided to get out of the rut. I told my taciturn friend, how I had started reading every book, I could lay my hands on, regarding positive thinking, and understandng one’s own negative attitudes to life, , and because of this reading up, or most probably, my desire to change myself, I decided to get ahead in life, by improving, not only my professional competence, but also my professional qualification. For achieving my first objective, I started developing greater interest in my work, which was mathematical in nature, making it an enjoyable experience, instead of a daily drudgery, because I had read somewhere that the best work is obtained only when personal interest combines with the work being done for a job. I told my friend, how I had started preparing myself for studying broad, my efforts ultimately culminating in obtaining a PhD from U.K. in Applied Mechanics, a subject that had always fascinated me.

By telling him all this, I was hoping to inspire him to get out of his depession, therefore, I did not tell him, about the difficulties, that I faced, once I had returned home, after completion of my studies. I did not tell him about how disillusioned I became with people, I loved and respected most, and how greed and ego made them to maltreat me, and exploit my weaknesses, and the mental trauma, my wife, I, and my children had to go through during the last thirteen years.

Maybe I should have told him all this, perhaps by hearing my problems, and not my achievements, he would have more closely identified with my efforts to live a normal life in face of apparently insurmountable problems, because I gather from our mutual friend that he had confided to him that he still suffers from depression.

I do realize that loss of a child is the greatest sorrow, one can suffer from, but one should live for those who are living, and who love them and despair at the depression due to loss of the departed, who are never coming back to bring joy in their life, but they can bring joy into the lives of those who love them, including their old class fellows and childhood friends, by communing with them. I am no Good Samaritan, who wants to do a good deed, just for the sake of doing a good deed; I only want to talk to my friend, just as we used to do as young ones, pouring out our feelings, dreams, and ambitions. I remember once, when we were sixteen, sitting in my room, talking for many hours, chalking out details of a plan to go to Tehran, a city about which he was very fascinated. He never got to see Tehran, but I did, when a couple of years later, I gave an examination at Iranian Cultural centre, and got a scholarship to study engineering in Iran. However, he is much luckier, having everything to make his life happy, handsome looks, a loving pretty wife, a beautiful kid, a chance to travel to exotic places, what else could anybody want, but still these confessions of suffering from depression confounds me. Perhaps, there is more to depression, than what meets the eye. The intricacies of human mind, thinking, and behaviour are far from being unraveled as yet. At other times, I have doubts as to whether he is really suffering from depression at all, and intelligent as he is, he is just using this charade to get attention, and to manpulate people like me who really feel affection and care for him. Whatever be the truth we will always love him for being the beautiful soul he is.