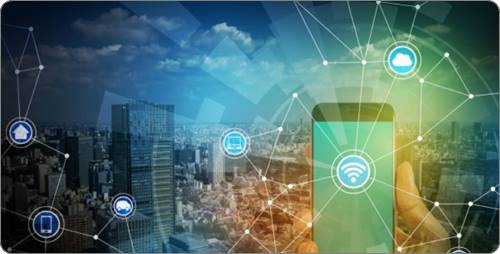 What exactly is Smart City?

The word smart cities has many definitions but keeping all academic nuances aside, Smart City is city which using different technologies collects data of its citizens, processes it, and utilizes to manage its resources and assets effectively and intelligently.
Like Edison’s invention of bulb fuelled the growth for street lighting in the West, the concept of Smart City is very exciting for Tech firms as well as Urban Planners.

Key Participants of a Smart City

A Smart City is an active collaboration between below 3 parties:

3. Residents with smart devices such as Smartphones, Smart Meters etc.

Smart cities rely upon information from several smart devices of residents, which can be mobile phones, electricity and water metres, vehicles , house gadgets such as security alarms, street lights, fuel stations for election charge points and other.

Smart City extracts data from these devices and analyse such Big Data to identify the needs of its citzens.

Today most of these technologies are relatively cheap and decentralised among consumers. This helps the Urban planners to source data from users and use cloud computing and big data to store huge volume information and use data analytic tools to understand the experience and activities of its citizens.

Via usage of sensors to understand the energies using habits of its residents, City planner can make intelligent decisions around the energy consumption.  National Grid can take decisions based on when and where most of the energy requirements are needed

Why Lahore is the best city in Pakistan for trialling Smart City?

Lahore being the cultural and technological capital of Pakistan remains the perfect candidate with the best tech institutional such as LUMS, NUCES [FAST] and UET Lahore. These institutions produce the best research of its kind in field of Tech, which includes Artificial Intelligence, Cloud Computing, Fixtech and Robotics to mention a few.
Most importantly, Lahore has the largest Tech Incubator in Pakistan in forms of Plan 9, the brainchild of Dr. Umar Saif.

5 cases how Lahore can use Smart tech:

top 10 polluted cities in the world

To begin with, Pakistan has 3 most polluted cities in the world including Karachi, Pindi and Peshawar, see https://www.theguardian.com/cities/2015/dec/02/where-world-most-polluted-city-air-pollution. Lahore is not much far behind as it’s air quality it is among the top 20 in the world.
It is intriguing to know that none of the city’s match the volume of industry in cities like Shanghai or Hong Kong. To cope the problem, it is first people to to understand the source of search pollution which can be done using pollution sensors at several locations. Such monitors will highlight the areas which are worst pollution making, the source of such pollutions, timings and trends.
There are several apps such as Plume that provides real time pollution indicators (screenshot attached).

Also traffic problems in Lahore remain one of the worst culprit behind wastage of time as well as air pollution.
Waze is one example of an application which information by the masses or crowds to determine the traffic congestion traffic jam nearest route , alternative route, and roads under construction.
Based on real time information and big data, traffic signals can be customised to follow most effective way of traffic management.

With smart metres becoming very common in West, WAPDA in Lahore can monitor usage of energy and water across different areas and societies across different months and daytimes and takes decisions to provide  users in the most cost-effective manner.
Since Pakistan still don’t have any meaningful proportion of solar or nuclear energy, search big data around the energy consumption patterns can be extremely useful to determine the usage of electricity producers and provide energy accordingly.

The streetlights can be adapted to understand the activities of City’s residents and adapts timing and brightness accordingly. With solar panels getting cheaper, lamp post can be run independent of the power grid.

According to news by The Independent, a leading daily of UK [http://www.independent.co.uk/news/world/pakistan-droughts-2025-warning-water-levels-a7949226.html], Pakistan Council of Research in Water Resources (PCRWR) predict that the water supply of Pakistan will run out in 2025, which will be a much larger disaster scenario than current load shedding and petrol crisis we have seen in the past.