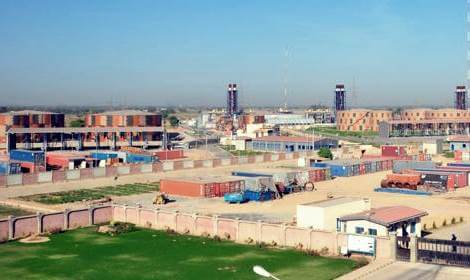 Nishat Tek is the first captive power unit to be installed in Pakistan. It has a installed capacity of 33.6 MW and has been set up by the Nishat group to supply power to Nishat Mills and Nishat Fabrics. With this expansion, it is now poised for 25% C.A.G.R until 1997. Yet, it is trading below par and at a P.E of only 2.85. It did not give any dividend last year, and has only declared a 15% dividend this year.This dismal performance is largely due to non – payment of dues by its parent cpmpanies. It is estimated that at present Nishat Tek has almost 300 days of sales receivables with no commitment of any payments in the near future. These cash flow problems are expected to pull its PE  to a projected all time low of 0.99 by 1997.  As this problem is not expected to go away in the near future, it is recommended that the script should be avoided.

Nishat Tek was among the first captive power units to come into operation and get listed on the KSE as a result of the favorable private power generation policy by the new PPP government. Nishat Tek  started production in January 1992 with an installed capacity of 17 MW which has now increased to 33.6 MW.

Nishat Tek is the first captive power unit to launch its own TFC. It has a 18.00% medium term TFC which has an A+ rating from PACRA ( Pakistan Credit Rating Association ) which signifies a strong possibility for timely redemption. The proceeds from the TFC issue have been used to pay off debt to suppliers and other expansion related technical expenses.

The Captive Power Sector is allowed a debt: equity ratio of 60:40. Nishat Tek is the first unit to capitalise on this power

This script, for all these reasons should thereby be avoided.

The captive power sector includes those companies that supply electricity to their main concern companies and/or to nearby industrial units. The individual plant capacities of plants which have been put up range from 1MW for dadabhoy cment to to 47MW for Sitara energy, depending upon the requirement of the captive consumer. A attractive incentive package has been provided by the government to this upcoming sector. Some of the incentives and strong points of this sector are;

On the political front, the going was very good for the power sector during the PPP government days. This factor could now turn against it if’s political adverseries take over in Islamabad. It is no big secret that in Pakistan entire industry and sectors are victimized by a new regime only because they were the pet projects of the old one: banking and cement sector can be taken as examples of such immature behavior. Along with this potential threat, a few more economically reasonable difficulties which are or can be in store for this sector are:

On paper this sector is a potentially good invstment with good and growing rturns expcted. However, only those scripts should be cinsidered where no doubts about the management’s integrity exist.

The major expense of running a power plant is the cost of furnace oil which accounts for almost 85% of the total operational expenses. Captive power units have entered into Fuel Supply Agreement (FSA) with the government on a long term basis under which the government guarantees them the supply of the fuel needed for operations. As the arrangement is under contract basis, it will be easier for the government to withdraw these incentives.

The threat to power companies is that they have taken a major exposure to the rapid price fluctuation of the furnace oil. Prices of furnace oil showed only a moderate increase of about 5% during 1990 – 95. However, it is expected to increase in the bracket of 10% – 15% for the last five years of the decade. This hike is largely due to increase in demand for furnace oil, continuing rupee depreciation, limited supply of petroleum products due to infrastructure problems and a possible levying of taxes and tariffs on oil products. This huge dependence of captive power units on oil would squeeze their margins in the long run, and the resulting price hikes would fuel inflationary trends in the market place.

The captive power units also have the option of selling any excess or spare electricity to the two goverment utilities: WAPDA or KESC. The tarrif structure for this electricity will be the same as is for the IPP’s.

Under the policy investors can propose their own tariff schedule provided:

The government has entered into long term power purchase agreements of 22 years with the captive power companies  from the commercial operations date, under which WAPDA is obliged to pay for the excessive or available dependable capacity of the plant whether or not dispatched. It may also in accordance with economic principles and operational limitations dispatch the plant up to the available net capacity of the plant from time to time.

The main source for the company is the capacity purchase price which is available to the unit regardless of whether the plant is actually dispatched or not. This capacity purchase price is intended to cover the assumed level of fixed costs that are expected to be incurred in constructing, operating and  maintaining the plant including insurance and debt service and an element intended to provide a base return of the company’s equity investors. Capacity payment is calculated on the basis of the total estimated dependable capacity of the plant (60% of total capacity).

The tariff is made up of two elements

Both these elements which constitute tariff are subject to different levels of taxation. The government will stop capacity payments when the supply is interrupted for 18 days and the cause of interruption is not indemnified by the implementation agreement.

The power actually delivered to WAPDA is paid for by in arrears of the fuel cost component before the commercial operations date and energy purchase price thereafter. Subject to maximum prevailing rates from time to time, the company can fix the rates. This purchase price shall constitute of a fuel price component and a variable operations and maintenance cost component.

The company is entitled to submit to WAPDA invoices for supplemental charges which have occurred in the preceding month. Supplemental charges compensate the company in respect of certain pass through items listed in the power purchase agreement including most particularly penalties incurred by the company for changes in the fuel deliveries under the Fuel supply agreement. This also includes charges for unit start up, hot stand by and safety improvement charges.

The fuel supply agreement provides that the company shall purchase from PSO and PSO shall supply all the captive power company requirements for fuel, diesel, greases and additives for the plant during the 22 year term of the fuel supply agreement with effect from the specified initial delivery date. PSO is obliged to deliver fuel and oil to a nominated delivery point at the plant by pipeline, rail or road. The company shall agree to construct the necessary facilities for the receipt of such fuel in accordance with the internationally accepted standards of such storage sites, while PSO shall be obliged to construct, design, install and maintain at its own cost the equipment and facilities necessary for the delivery of fuel at the delivery point.

There are provisions for the advance consultation as to the volume of fuel to be supplied and 60 days in advance the company is obliged to submit a firm order for the fuel based on the estimate of the dispatch level provided to the company by WAPDA. The company is entitled to reduce the order and PSO shall accept a reduction of 10% or less without imposing any penalty. If the reduction is more than 20%, the company is liable to pay tanker demurrage costs to the extent of change of location as instructed by WAPDA.

FOR THE YEAR ENDED …