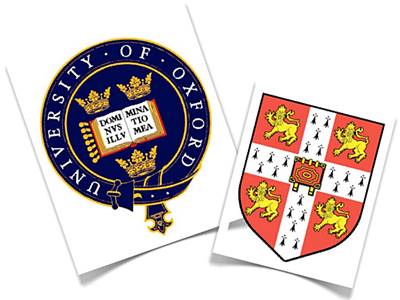 ABC has been my student in the second and sixth semester of the 3 year undergraduate program at Lahore University of Management Sciences. During BBAII, I was his instructor in the course of Financial Accounting. I have found him to be a very intelligent student who has always been able to fully comprehend the contents of the subject. He never confined his knowledge to himself, rather I have always found him to be an active participant in all class discussions.

Presently, as his instructor in the course of Methods of Business Research, I have noticed that his confidence in his ideas has further developed. Up till now, he has been doing very well in all class quizzes as well as monthly exams. At Lahore University of Management Sciences [LUMS], students are required to undergo monthly exams in all the credit courses that they are taking and the final grade is determined by the performance of the student in the final exams as well as the monthly exams. For the final course grade, 40% weightage is given to the final exams, 40% to monthly exams, and the rest of 20% are determined by the student’s performance in class quizzes, term reports as well as his level of class participation. With a very good score in the first monthly exam, and active participation in class discussions, he is likely to score a very good grade in this course too. His performance has been credible and he has been amongst the top achievers in the course.

The course of MBR relates more to conducting business research and carrying out surveys. The students are required to form groups for research purpose. Here too, he has been co-ordinating tasks and responsibilities amongst his group members. As in Financial Accounting, I once more expect him to perform outstandingly.

ABC has been a resident of the LUMS Halls of Residence since January 1998. In my capacity as the Halls Superintendent from 1995-99, I have come to know more about him at a personal level too. He is a very active member of the hostel community and I have found him to be very co-operative towards his fellow hostelites. One of his major contributions towards the development of the hostel has been the amount of effort that he put in for raising funds for the preparation of the Hostel soccer field. For this, he contacted different organisations and was finally able to get a sponsor to finance the preparation of the field.

Also, ABC is a member of the hostel committee that collects funds for charity every semester in the hostel. These funds are then donated to a children’s home in Karachi. Although the amount colleted is not very large , around Rs.10,000 to Rs.15,000, but still a lot of effort is put in by the members of the committee in accomplishing this task. And this money helps in providing books and free primary level education for children who cannot afford to spend money on their education.

ABC also remained my grading assistant in the course of Financial Accounting for the spring semester of 2000. Here also I noticed his positive attitude towards his juniors. He used to take time out to help students with their difficulties in the course.

He has good presentation skills and has always taken the initiative. His leadership skills are fully demonstrated on the soccer field. ABC remained the captain of the LUMS soccer team from August 1999 up to July 2000. Under his leadership, LUMS  won the inter-college soccer tournament in which 12 colleges from the city of Lahore participated. ABC, along with his vice-captain, were also responsible for organising the tournament. Starting from sending invitations to the different colleges up to arranging sponsorships for the event, everything was managed and arranged by the two. It really was a job very well done.

Currently he is the Treasurer of the student council of LUMS which is known as BASS (Business Administration Students’ Society). The Treasurer of BASS is selected through the process of elections. These elections are held in April every year at the campus in which all 370 students of LUMS have the right to vote for their candidate. ABC won these elections by securing around 220+ of the total votes. This shows the type of confidence that people have in his abilities.

He is responsible for organising different social events in the current semester for the LUMS students that include an annual dinner for the Alumni of LUMS , a four day long Drama Festival, the annual prize distribution ceremony as well as a farewell dinner for the Graduating class. For this purpose he has been allocated a budget of around Rs. 2 million (around $ 40,000) at his disposal.

As his instructor, I feel that ABC has the potential and ability to do well at your university. His academic performance has been good at LUMS , other than for the first semester when he could not perform well because of some problems concerning his family, due to which he had to spend considerable time away from Islamabad and his studies.

Once again, I would like to strongly recommend ABC for admission as he has the potential to do well not just in academics but also in the extra-curricular field. This is what makes him an outstanding student who stands out in his class as a person with a very complete outlook towards life and full participation in academics as well as extra-curricular activities.