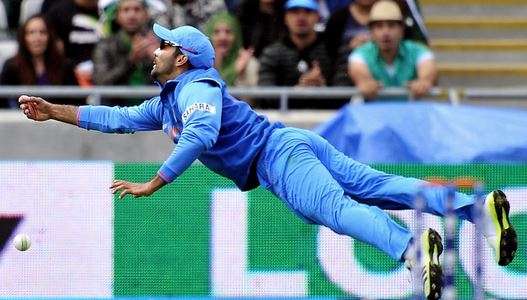 In the ”Samosa Lounge” there was a congress of headless chickens. They came from all corners of the globe. The doe-eyed model from Lahore and the ebullient Math teacher from Calcutta; the emaciated screen siren from Mumbai and the rotund business man from Karachi; the nerdy software guru from Orissa and the flashy marketing whiz from Bannu; the silent construction magnate from Kashmore and the percussion able tabla master from Koochin; the laid back CEO from Hoshiarpur and the chatty corporate counsel from Sibi; the port-bellied Maulana from Trichi and the rail-thin Brahmin from Hyderabad; the scatter-brained Arts major from Bangalore and the yet-to-make-it entrepreneur from Jhelum; the polished Endocrinologist from Sahiwal and the harried Pathologist from Ahmedabad. The chickens loved Cricket more than anything else: more than fanatic religion and shallow slogans and frayed-at-the-edges-ledgers and chauvinistic songs and portly singers singing out of tune pop songs and gesticulating extras behind the hero in Hindi songs and paan-chomping mithai-wallahs; even more than chicken feed. The Chickens loved the matches between India and Pakistan. This, to them, is the purest form of match play and the highest form of sportsmanship. They know that some people see these matches as proxies for war, but really the matches were just Cricket. Exhibitions of intense focus, passion and skill from athletes bent on winning.

In spite of it being a late hour, the Samosa Lounge rocked. Chickens were giddily talking in anticipation of a match between Indian in Pakistan after a long time. The atmosphere was electric. There was good-natured joshing about the demerits of the opposite sides. There was some nervousness about the outcome and about their being embarrassed by their teams. “Aray if we only had your bowlers no one would touch us yaar” was responded to by, “Bhaiyya, if we only got a Dravid in our team you would see 350 to be a norm.” Mostly there was a wish for a good competitive match and a contest worth all the hoopla and expectations. The World Cup is a grand stage in itself but this match, taking place after three years due to the shenanigans of the various Book-thumpers, was the most anticipated match of the tournament – including the finals. There was too much aggression from the supporters of both sides – their testosterone pitch was at deep red. You would have half expected someone to immaculately combust due to the tension. This is what you get after making walls the size of the Himalayas between two peoples. This is what you get by not playing cricket regularly. Or taking the entertainment channels from the other side off the air. Or banning the music of hearts from crossing the border.

Cricket for the subcontinent is a clarion call for crisp winter days and children learning team work in the street. Children learn to dream and to overcome devastation – all without any harm to their psyche – there is a new match every few minutes to convert losses into wins and failure into unadulterated triumph. But mostly, Cricket is about having fun in a healthy environment with your friends and the struggle to reach the limits of your potential. The Pakistan-India cricket matches are the greatest sporting spectacles in the World. There is color, spark, fluttering flags and electricity to light up the World: even to make some of these isolationists have ten seconds of good thoughts for humanity. They far exceed the jaded Ashes or Brazil-Argentina or Yankees Red Sox or Borg McEnroe. They are even bigger than Ali-Frazier. The pulses of 1.2 Billion people race like nothing else and they get immersed in the wickets and shots of their heroes. Some of the greatest cricketers that have ever played the game originated from Pakistan and India. From awe-inspiring geniuses like Wasim Akram and Bhagwat Chandrasekhar to run machines like Sachin Tendulkar and Javed Miandad. From all-round leaders like Imran Khan and Kapil Dev to the technicians like Sunil Gavaskar and Hanif Mohammad. From spinning masters like Bishen Bedi and Abdul Qadir to acrobats like Wasim Bari and Kirmani.

The Chickens know that cricket is a sport that gives hope, teaches patience and discipline. It shows that if you work hard and play fair then, more often than not, you will win – maybe not always on the scorecard but definitely where it matters most – in your heart. The Chickens were clucking for their cricket fix because you see, the Chickens are only interested in a little laughter and a little sunshine to fall in their dreary lives to make them smile. They are faced with their daily chicken feed problems and they only want a little time out to watch their heroes do magical things with a red cherry and a piece of willow. They watch the matches to forget about the loans coming due or bad teachers for their kids or the sudden and alarming surge in materialism to the exclusion of all that is decent and honorable and substantive. The Samosa Lounge desperately wanted this competition to be mostly between bat and ball. The denizens of the Samosa Lounge would rather compete at cricket than compete for nuclear arsenals to thump their chests. They would rather listen to the commentary than to vile and hate-mongering rhetoric that causes innocents to be butchered and immolated by puppet, no-brained jackals. They would rather hear the crack of the willow than the sound of shameless speeches at all forums that widen wedges between brothers and reconciliation is kept chained away for ghastly purposes. They would rather see a hard tussle between a fast bowler and an opening batsman than watch the purveyors of morality throw every invective and insult on decent people just because they have a different interpretation of spirituality. They love the game in front of oppression and bigotry and shame and corruption and mind searing bone chilling insistence on destroying people and their families for trivial pursuits of personal greed and hegemony. Inspite of old, lascivious men sitting, scratching themselves in dark rooms and whispering slurred commands to their corrupt hyenas onwards to killings and rapes and lootings.

In this garbage grows the most beautiful flower of compassion and friendship. The two teams like each other. Wasim is known to have guided the Nehras and the Zaheers in the art of bowling. Tendulkar has given tips to Youhana. They exchange gifts before the match and behave like adults. It is not Hindutva or Jihad. It is just a cricket game. A mature message of hope and love and companionship is for all to see. The players are friends. They do not understand why this game is made a proxy for the nefarious designs of the schleppers in the shadows. They would welcome more of these games so that there is more amity amongst the two sets of people. The last vestige of civility is not lost on these mad heretical ambitions of the few bloodthirsty goons. There is love to be had here: the kind of big love that was showered on the Pakistan team cricket team in Bangalore after a great test match in 1999 by an even bigger-hearted crowd who gave them a standing ovation and they in turn took a lap of the ground appreciating the magnanimous and spontaneous gesture. It is the kind of love that is shown by a common Lahori to an unknown Amritsari if they meet on the street in Lahore or Amritsar. They are cut of the same cloth, the two of them.

The match starts and Saeed Anwar with his shiny black beard and his silken touch gets the game to good start. There are brilliant fielding snippets from the Indians and the bowling is tight too. There is a frenetic finish and Pakistan makes a good total at 273-7. The Indians would need to go at them hard if they have a chance and Sachin Tendulkar does that in style. He flicks the fastest bowler in the World for a six over point. Taking on aggression with aggression he carries it off. Dropped at 32 he plays the innings of his life and brings the Indians to the brink with a magnificent display of improvisation. Dravid finishes the job with good support from young Yuvraj and the Indians are deserved winners. The Samosa Lounge is awash with both glee and devastation. Suddenly everything is silent for a few moments and then the Arts major from Bangalore and the yet-to-make-it entrepreneur from Jhelum stand up and embrace. “Good game!” The Pakistanis seem gracious in defeat and en masse go and shake hands with the Indians and offer them congratulations just as happened in the field. Maybe there is hope for all of us yet. What spirit after a hard fought game! Maybe there is a lesson in there for all. The Samosa Lounge and the two teams are beacons in the heart of darkness. They show that there might be a way out of this madness. The game was played hard and with passion yet the teams shook hands and embraced afterwards with complete friendship. They were like brothers having a hard game and yet not losing their perspective. They were friends after the game. There will be many more games. Some they will win and some they will lose. As long as they play hard giving no quarter and asking no quarter then everything else will take care of itself.

It be a great day when the two teams can play regularly and people support their teams with complete passion? They could appreciate the best efforts of their teams and yet applaud and encourage the best efforts of the opposite team and cheer for a win but even if they lose, have the sportsman’s spirit that the Bangalore crowd showed everyone. Then, that day would be the day we grow up. It would be the first step towards making these little men of strife retreat into dirty little holes to leave the fate of the two nations in the hands of the people who want to make this place better for future generations.

These people will understand that the future is possible with friendship and cooperation, more sports, more arts and more trade between the countries. That will require commerce treaties and open markets and consistent dialogue and less aggression and less money spent on armies and more monies spent on education. It will require building bridges between people and seeing a new generation grow who is not scarred by concocted stigmas attached to anyone from across the border. For, if you think clearly, ALL the people on the OTHER side of the border cannot be SCUM and ALL the people on THIS side of the border cannot be SAINTS. It is as simple as that. These politicos will not change and neither will the bureaucrats. The game we all are playing needs to be changed. The change will have to come from common people like these people in the Samosa Lounge and the cricketers who represent them. The change will have to come from everyone like them who wants an end to this farce. There is, more so than ever, a need for love and friendship and open hearts towards our brothers and sisters. It can be changed by lifting all of us onto a much higher plane than where we exist today. It does not take much. Just take a look at the cricketers from the two teams. They showed us that it could be done. But what do we know? We are headless chickens and these are Mahan leaders and Svengalis of the unaddled masses.