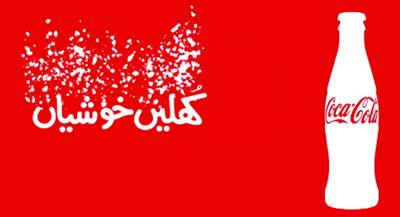 This package focuses on the 5-13 age bracket of the market. Since this is the smallest and the cheapest package offered by Coca-Cola it’s production emphasis on this packages is minimum. It’s lower price facilitates the low income groups and thus it meet the exigency of the financially deprived class. The focus of its distribution is on primary and secondary schools, amusement parks, beaches, zoos, video games centre and street stands.

This package focuses on ages 13- and above of the market. This packages indeed covers a largely extensive part of the market it is in fact the most sold package as for as Coca-Cola is concerned. It is applicable to all income brackets for its price is very economical and affordable. It is also the most widely distributed package covering secondary schools, universities, catering companies, dairy product stores, pharmacies, drug stores, restaurants, tea and coffee houses etc.

This package focuses on the 15-40 age bracket of the market. This package was very recently introduced and gained wide popularity due to its increased content with a just a minor increase in price. To a certain extent it also reduced the high demand pressure on the 250ml. package. People who at other times use to consume the 250ml. package did not to pay a few more to get the added advantage. The focus of its distribution concentrated on the same channel as that of the 250ml. package.

This package focus on those consumers who preferred not to stand outside the shop to have a drink. They could in fact take it along with them without the trouble of returning the bottle back. However its price was relatively higher than both the 250ml. and 300ml. packages. In other words this package concentrated on the elite and more comfort loving people. Although it is available in most general and drug stores its distribution is comparatively very limited.

This package centres mainly on ages 18- and above sector of the market. It is for those people who consumes Coke in larger quantity and very regularly. This home taking package further facilitated the consumer to enjoy the product in their own comfortable homes. It is available at all general store, bakeries, drug stores and pharmacies.

This package once again centres on ages 18- and above sector of the market. The P.E.T package was very recently introduced and one of its greatest advantage was its storage in a non returnable bottle. The 1 litre bottle in comparison was a returnable bottle and did not have the “take away” facilities. This package was extremely suitable for picnics, excursions, long journeys and field trips. It’s distribution pattern was the same as litre bottle pattern.

Advertising campaigns of Coca-Cola has been one of its most effective and revenue generating strategies. They have in fact single handedly dominated and overpowered all its contemporary strategies. As compared to other beverage firms Coca-Cola has worked extensively on creating uniqueness in their advertisement and TV commercials. As compared to Pepsi Cola cc strives to create adds that contain no famous personalities. Their strategy is to create non-personality adds so as to show that their product is for the common man. Pepsi Cola on the other hand have created advertisement that totally revolves around the show biz media that is all their adds contain famous personalities like Michael Jackson, Imran Khan, Wasim Akram etc. cc has recently introduced their new add titled “Eat Cricket, Sleep Cricket, Drink cc” on the occasion of Golden Jubilee of Pakistan. As usual it contains no famous personality but in fact clips and skits from the world of cricket.

As for as its awareness building program of its product is concerned cc has been very active to make the new generation aware of its product. For this purpose it has been holding regular school trips where students visit the cc factory so as to see the procedure that makes the one of the most famous beverage brands in the world, cc. Students of both school and colleges are encouraged through field trips program to visit the production plans of cc and also meet the staff out there. Thus cc once the younger generation to be keenly motivated to consume their products. The younger generation is in fact the future generation of tomorrow and cc has no intention to ignore their importance in the future to come.

Sprite has been doing very well in the interiors of both Sindh and the Punjab. The revenues extracted from these areas are considerably large and thus creates a lot of emerging distribution requirement in these areas. It is interesting enough to note that the sale of Sprite in the above mentioned areas is relatively more than the sale of the original brand cc itself. For promotion of its original brand name cc has adopted a strategy by which it channels the revenue gained from the sale of sprite for promoting its original brand coke it self. This is the reason why you may see several cc advertisement boards and very few of that of sprite. Also sprite is given insufficient coverage as compared to cc on the television media.

Fanta on the other hand focuses the younger generation as its target market. The carbonation of Fanta is considerably low as compared to both Coke and Sprite. It is therefore considered to be a soft, less fizzy sort of a drink. Fanta therefore adds a new colour to the cc brand showing that cc is not only attributed to strong drinks but has also a soft drink of its own.