24 Hours in Dubai – Dunes and Dinars – By Naeem Randhawa 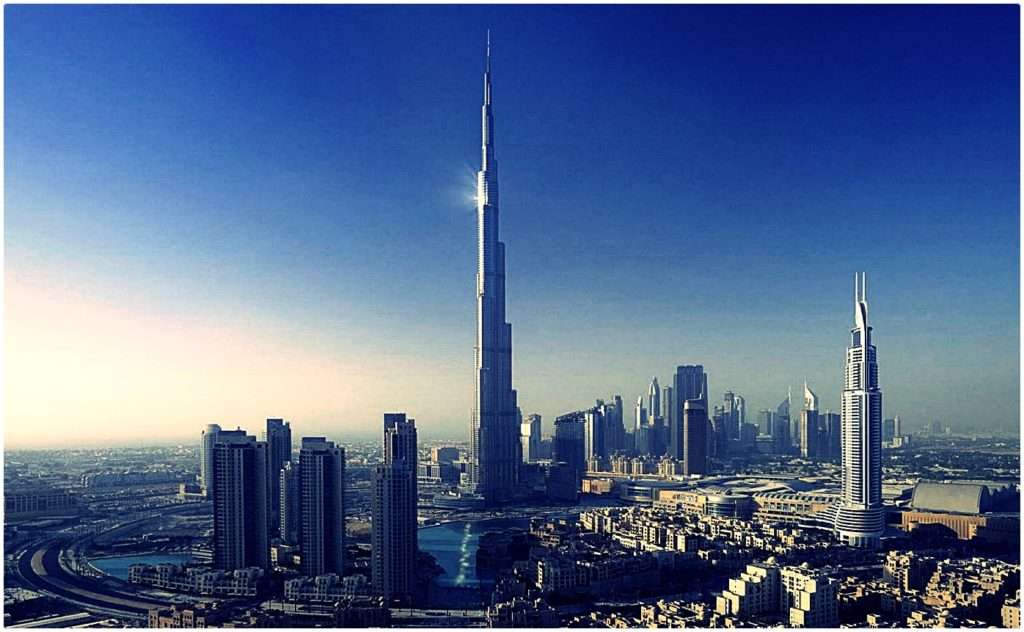 Burqas at the Airport. The woman looks up from examining my papers, and now is glaring at me.

I remove my sunglasses and smile, somewhat surprised at her forwardness.In my country, women wearing the burqa are typically shy, for the most part. Here,she is commanding respect, as she and her comrades are inspecting the passports of all visitors at the Dubai airport. I can see some of the Europeans and other foreigners around me, fidgeting. It’s odd, and I’m observant of the reversal of state. This will be the first of many oddities I witness in the desert country of the United Arab Emirates.I spend the next 24 hours, waiting for my Afghani visa, which arrives promptly by the company’s arranged travel agents. I take advantage of the time, and spend most of the day walking and getting driven around the city, visiting various spots.Getting off the plane, I’m immediately struck by an undeniable contrast. Half the women I see are dressed in full burqas, and the other half look like Britney Spear rejects – this place is so full of opposites, it’s a yin yang of cultures. Rich and poor, modesty and exhibitionists, religion and night clubs. This place is like a fine balancing act between two polar opposite worlds. On one, you can drink, go clubbing, go skiing in the desert, buy, buy and buy. And the other one, much less visible, cling to heritage and culture of a past. I haven’t seen much of the latter, but the call to prayer, and the minarets visible along the skyline, are evidence of it.

At the Millennium Hotel, I get in late on Saturday night, around 11:30. I’ve just gotten in from Dallas, with a stop-over in Frankfurt, I’m hungry and tired. I ask the concierge to point me to any restaurant where I can get some local food. He tells me the hotel has great Mexican and Italian restaurants, there’s a McDonald’s and KFC down the street as well. I specify “Arab” food, or even “Indian” – he replies he has no clue where I’d find that around the area. I am half way around the world, and a Big Mac is still chasing me! Damn! I go to my room, and place a special order for a kofta sandwich.., it arrives with a side of fries – that I didn’t order.

The next day, I grab a taxi and head to the Mall of the Emirates. Along the ride, Dolce and Gabanna, Pierre Cardin, McDonalds, Pizza Hut, Louis Vitton, Ford, Channel, all want me to buy their shit. Every highway, bus, building, taxi and is covered with screaming signs. Americans want to be Americans, and Arabs want to be Americans, the world wants to be American. I get to the mall, and decide to leave after a short while, after walking past dozens of designer stores – this could be a mall in New York, or London. But it’s not – it’s the second biggest mall in the world, with the biggest dome in the world, and a mountain made of snow, it’s the ultimate tribute to the Consumer King. All are bowing.

I ask the driver to take me somewhere, where the locals go. He takes me to another mall, the franchises have invaded there as well. I explain to him, I’m not looking for America, I want a flavor of the country that existed past the last 25 years, I want to see the history of this place, he takes me to another mall. I know those places exist – but the driver doesn’t understand why this foreigner wants to go there, so he’s assuming I just want different stores. Finally, I tell him to just drive, when I get to a busy street, where I see more locals than foreigners, I pay him, and tell him I’ll find my way back to the hotel.

I walk around the streets and spend the afternoon there. I have lunch in a local joint, and enjoy a good Lebanese meal. I order a “leban” (yogurt drink), and listen to the taxi drivers, labor workers and others, talking about their issues over the busy waiters and blaring television. I understand some of the Urdu, and a few words of Arabic. All of a sudden, I’m feeling better. I get into a conversation with a couple of taxi drivers. They tell me, they have a pretty good life here, there are some restrictions, like not being able to become citizens, wages, working conditions, but overall it’s still a vast improvement from where they come from – India, Malaysia, Philippines, Egypt.

Every country has its ongoing struggles – Dubai is caught with trying to figure out how to continue its hyper-growth, and manage its foreign work force. On the one hand, it offers tremendous opportunities for those that are in the country, but at the same time, foreigners, mostly the lower level workers, are stuck with tough jobs, scrutiny from immigration services, and a wage gap, leaving them to survive by crowding into housing and ghettos. A headline from The Gulf Today, “Shanties Mar the Beauty”, illustrates the common view towards the laborers.

The story written by Saed El Khaldy, starts, “Tin-made or wooden houses are becoming a common sight in different family neighborhoods of Ras Al Khaimah. This settlement has been started by some Asians who took this arrangement as an easy way to escape rents which are on a rise across across the country…”. I’m sure these “Asians” would have something to say about how “easy” these settlements have been for them.

Don’t get me wrong, Dubai is not evil, the country allows freedom of choice, which is more than can be said about a lot of its neighbors. It’s just a country that seems to be struggling with its two opposing polarities in everyway possible. Rich investors, coming in, construction is at every corner. There are more cranes per square miles here than any other country. They’re building the tallest tower in the world here.

So come on over, and buy a waterfront property, they’re pretty cheap here, starting at about $250,000, you can rent a yacht, you can catch a show, you can eat, you an go skiing, you can consume, and don’t let the Asian on the street working in the sun worry you – he’s better off here, than where he came from.

Published with special thanks to Naeem Randhawa, a filmmaker, for the contribution.