Addiction to the Screen : Article by Irfan Hussain

Addiction to the Screen : Article by Irfan Hussain

Around thirty years ago. I sat down at a computer keyboard for the first time. The machine was an IBM PC-AT. the AT standing for Advanced Technology. and the processor worked at the blinding speed of 8 MHz. Today. of course. the simplest cell phone packs far more processing power than this.

But ever since. I have kept up with technology. and am writing this on a Mac Pro. Apart from the nature of my work. I am curious about the rapid developments taking place in computing. And whenever I lag behind, my son Shakir coaxes me to ‘raise my game’ and get the next new gizmo.

In fact. he’s the one who made me get on to Twitter and Facebook. saying they would help promote my book. and that I could tweet my columns. While I don’t know how useful these two social networking tools have been in pushing my writing. Twitter has certainly helped in bringing me a wide range of articles and views. But I only use Facebook to see photographs of my grandsons posted by Shakir. 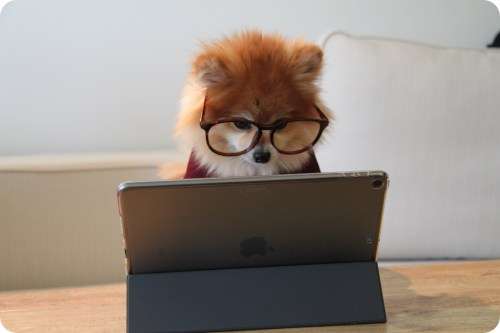 One reason I try to limit my use of the social media is that I find it cuts down the amount of serious reading I can do. As it is. good fiction has almost been eliminated, and this is a huge loss as there are so many outstanding books out there.

But this problem of balancing social media with other activities is more real for young people. Tweeting and trolling now seem to be central to the lives of many tech-savvy kids today. Even people in their thirties prefer screen time to time spent with their spouses and children. And many young lives have been ruined by cyber bullying.

Then. of course. there is the world of online gaming. Millions of mostly young people are spending much of their waking lives plugged into games like the World of Warcraft. preferring these virtual worlds to the real one. And as virtual reality (VR) headsets are on the verge of creating a lifelike. 3-D simulation. more people will get hooked to this online. alternative existence.

The increasing use of cell phones. tablets and laptops is raising concern among behavioural scientists who worry that these rapid changes are distorting relationships, and making students unable to concentrate. In the UK. there is a debate going on over banning cell phones and tablets from schools. However. some teachers argue that these tools give students powerful means to research questions instantly.

Neurosurgeons have found that watching screens late at night disturb sleep patterns. Others have voiced concern about the possible damage cell phone signals do to the brain when used extensively.

In the UK. I see young people walking around with their phones attached to their ears via ear plugs. wearing goofy grins, or talking as though to themselves. On the Tube. fellow passengers are often passing the time playing with one screen or another.

When offered an iPod when these devices had just entered the market. I declined on the grounds that I would be unable to think with earphones stuck in my ears. The fact is that

we tend to forget that the brain needs quiet time to make connections and join the dots. Currently, we overload it with so much information that it is unable to analyse and reflect.

And this is my biggest fear for my young grandsons: at eight and five, they are both highly adept using their various electronic devices. Their father runs a successful tech company, and is not as concerned as I am about their intellectual development as he thinks all these machines are entirely benign.

And while I am happy to use them for my work, I do worry about their long-term consequences. For instance, while I am excited about the advance of robotics and artificial intelligence (AI), I am concerned about their impact on the work force. Already, millions of jobs in the developed world have been lost to computers and robots, with many more at risk. Although new jobs have been created in tech industries, experts doubt this process will continue forever: the consensus is that over time, only the top managerial and creative jobs, as well as the menial, physical work will remain, with middle-level jobs lost to mechanization.

All these trends need to be carefully examined: we should not rush unthinkingly into a future in which millions are unemployed. And we need to reflect on how we, as individuals, use our time. Remember, time is our most precious resource.