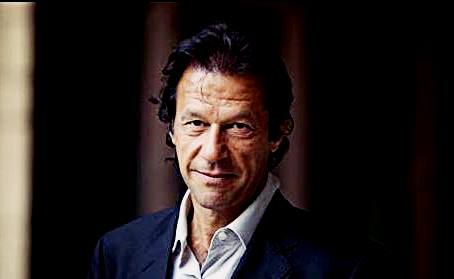 You compare yourself to your idols like Ataturk and Ardogan of Turkey, but what is your stance on nonsensical dogma that spreads throughout our villages like a virus.

The romantic whirlwind of your infamous Lahore rally still lingers in our hearts. However, there is something important that you need to be made aware of. You yourself said that a leader is one who is constantly held accountable by his own people. You champion the cause of anti-corruption well and I believe you are sincere and humble in intention. You do however shy away from a larger problem at hand, ignorance. Through your infamous rebuttal of Darwin’s so called “half-baked” evolutionary theories a few years ago, you alienated yourself from many people especially students of science, myself included. Evolutionary biology, sir, is a fact of our existence backed by thousands of fossil records. Pakistan, along with hundreds of other countries, has signed an MoU with collaborative science communities to teach natural selection in biology classes. It is the reason why you and I are alive. Your cancer research, flu shots, agricultural progress, all hinges on the fact of natural selection. Yet, in one arrogant statement, you dug a hole and threw into it a triumph of human intelligence.

This letter is not to denounce your ignorance of scientific study, which I believe you will understand if properly shown the evidence, but it is more to draw your focus onto something which will be the true fundamental pillar of your rise to become Prime Minister. The blasphemy law has allowed for hundreds to be sentenced to death. Zia changed the law during his time to Life in Prison. Your foe Nawaz Sharif allowed for the punishment to be elevated to a death sentence. You however, in your statements you play political dodgeball with any question of trying to change the law. It disturbs me a great deal that you, out of all people cannot see the harsh implications it may have on our society.

The fulcrum of democracy is secularism. You do answer the question of secularism coupled with Islamic jargon reflecting the fact that you do not really know what the word means. A democracy does not discriminate between its people based on race, religion, or social status. Pakistan pales in comparison to other democratic nations in terms of religious freedom. Where in the developed democratic world do you indicate on national IDs what religion you belong to? A country is judged on how well minorities are treated. What is your stance on minorities in this country, the country that was made solely for minorities? I believe you avoid such questions to remain constitutionally correct but in your heart of hearts you know that we suffer at the brutal hands of sectarian paranoia. Dr. Hoodbhoy has made us aware of thousands of lectures from mosques across the country which perpetuate hatred and violence. You compare yourself to your idols like Ataturk and Ardogan of Turkey, but what is your stance on nonsensical dogma that spreads throughout our villages like a virus.

My final criticism of you would be the most disheartening. You did not become great by constant comparisons to mediocrity. I am sure during your quest to be the greatest fast bowler you did not find solace in the fact that you were better than Chetan Sharma (no offence to Mr. Sharma). Then why do you constantly utter comparisons to current leaders of our country? It is beneath you to undermine and highlight the shortcomings of degenerate political leaders. You are far above them on many accounts of human character. The key to any civilization’s success is the command and development of science. The Arabs and Persians lost their golden age to religious dogma. A prosperous civilization will rise based on their ability to progress in the realm of science. Ignorance, if allowed to fester, will become a whirlwind of disaster. It is already begun with the assassination of secular leaders, to the kidnapping of their children. It will devour an entire empire in minutes. History is laced with examples of such civilizations. Rome, albeit, was not built in one day but it, like any other empire, hinged on the premises brought to you by this letter. No one doubts that you will be the best leader out of the litter of moronic parasites that we have become accustomed to. But to be the best leader and to take this country to greatness you will have to be courageous enough to defeat our most hindering of all evils, ignorance.