The lack of vernacular education in Pakistan tends to have disastrous effects on the psyche of an infant. Children in Pakistan get exposed to learning environments in at least 3 different languages simultaneously. They are compelled to learn English, Urdu (both at school with the latter being spoken predominantly in the society) and Arabic (for religious ends) at the same time concurrently apart from being under the influence of their native tongue at home.

Linguists argue that children grasp the essence of phenomenon more rapidly provided they are educated in their native language till the age of 5. In Pakistan, majority of the population is more inclined towards educating their youngsters in Urdu rather than their native language owing to a certain inferiority complex. This inferiority complex is more dominant in Punjab where Punjabi language continues to get ignored by the Punjabis themselves.

Punjabis have played a key role in the deterioration of Punjabi language, a language which holds in itself lyrical verses of the likes of Baba Farid, Guru Nanak, Bulleh Shah, Shah Hussain, Sultan Bahu and myriad of other social commentators. Punjabi language is considered a rustic language even by Punjabis.

Punjabi holds the title of being one of the initial languages of the world in which social issues like patriarchy, women suppression, religious hierarchy, elitism, etc. were addressed. Despite this honour, Punjabi language is going through a very harsh phase in Pakistan. Punjabis aren’t able to write Punjabi script (Shahmukhi).

Punjabi parents don’t want their kids to speak Punjabi.  Punjabi people don’t talk about the Punjabi folklores. They carry the mentality of being included in the elite fraction of the society by speaking Urdu. They have ignored their regional (or national) language and have looked for validation elsewhere. There is a dire need for the progression of Punjabi language by the Punjabi youth. 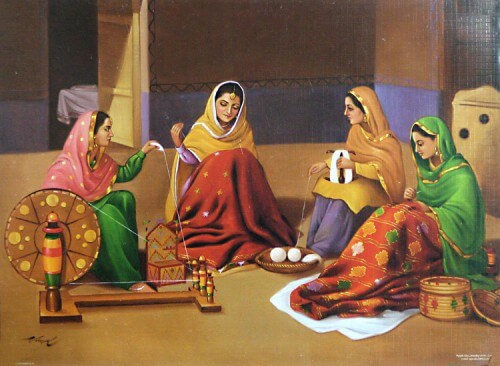