I always thought that Faiz Ahmad Faiz owed a “Thank you” card to his Imprisoners.

Just like that Pablo Neruda should have done the same to General Pinochet, Nazim Hikmet to Ottomans, and Mahmoud Dervish to Israel State for their imprisonments, which led to one of the most beautiful poems of modern era. Here is a personal selection of 3 great poems by Faiz, Nazim and Mahmoud, still fresh from their prison cells.

Since I have been in Prison [Nazim Hikmat]

Rung by rung, night descends
its spiral staircase of stars.
A breeze passes quietly by,
as if words of love had been whispered.
Trees in the prison courtyard, like exiles
with heads bowed, are absorbed
in embroidering arabesques on the skirt of the sky.
On the crested roof are glittering
the beautiful fingers of moonlight,
dissolving star-shine into dust
and washing the blue sky into white.
In the green corners, dark shadows collide
as if the ache of separation
might eddy and fill my mind.

But one thought keeps running through my heart—
how sweet these moments are. Though
there are those who may concoct tyranny’s poisons,
they will have no victories, not today or tomorrow.
So what if they douse the candles in rooms
where lovers meet? If they’re so mighty,
let them snuff out the moon. 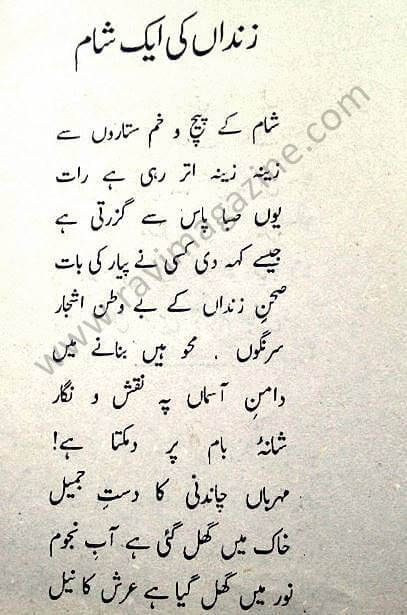 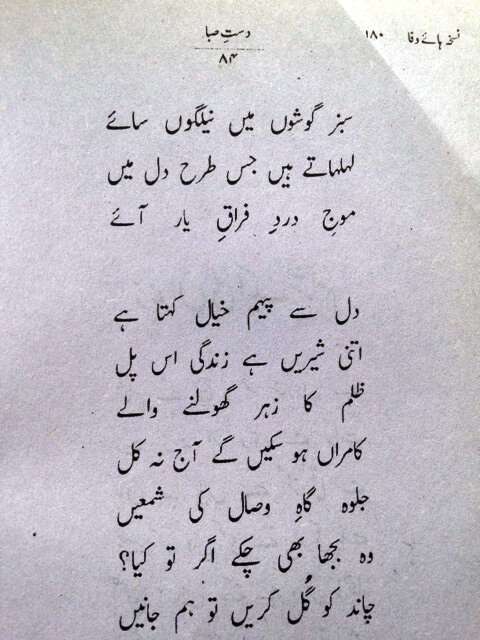 It is Possible – Mahmoud Dervish [National Poet of Palestine]

It is possible, at least sometimes

It is possible for prison walls
To disappear,
For the cell to become a distant land
Without frontiers:

The prison guard got angry.
He put an end to my dialogue.
He said he didn’t care for poetry,
And bolted the door of my cell.

He came back to see me
In the morning,
He shouted at me:

Where did all this water come from?
I brought it from the Nile.
And the trees?
From the orchards of Damascus.
And the music?
From my heartbeat.

The prison guard got mad;
He put an end to my dialogue.
He said he didn’t like my poetry,
And bolted the door of my cell.

But he returned in the evening:

Where did this moon come from?
From the nights of Baghdad.
And the wine?
From the vineyards of Algiers.
And this freedom?
From the chain you tied me with last night.

The prison guard grew so sad…
He begged me to give him back
His freedom.

All Poems in Public Domains and can be reproduced, distributed without our permission. Faiz, Nazim, Pablo and Mahmoud are artists, not copywriters.
.