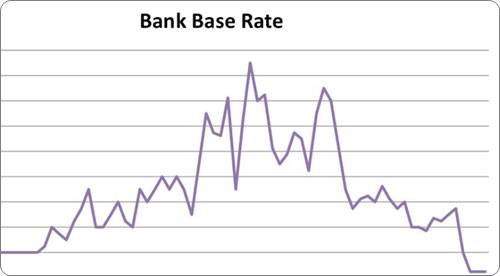 In this situation the banks are expected to increase their credit policy by adapting to an aggressive lending policy. Therefore, the expected decline in the earning is likely to be compensated by increased lending and corresponding increase in the interest income of the banks.
Interest Rate 1994-95:

I n Pakistan the rates of return on the PLS deposits (except until recently the deposits under current accounts) are determined by banks depending on their profitability and by applying different weights prescribed by state bank of Pakistan to different types of deposits.

The saving rate in Pakistan has constantly been hovering from 9 to 13% during the last so many years. Pakistani society is consumption orientated and this is one of the reason why the Pakistanis save s o little.

Another big reason why Pakistanis save so small amount of their total income is that the high inflation rate over the years have made people to spend all the money that they make so as so to make the maximum from the current nominal value of money. The inflation in the economy sets in sort of expectations hypothesis mind set of the people and people expect high rate of inflation in future and thus want to spend what they earn as soon as possible. This has been a trend for the last decade, but it can be hoped that the saving rate may increase as an indirect consequence of the decrease in the inflation rate in the economy. The inflation rate in the economy has 0been around 14 to 15 percent but this has come to single digit figure so it can be expected that there can be a positive impact on the saving rate in the future.

The gross nationals saving rate increased in 1993-94 by 31.3% to Rs.239 billion. The share of national savings in the GNP rose to 15.2% in 1993-94. The increase in the national saving was a result of increased saving both on the part of public saving as well as the private saving. The other saving part of public sector registered a 15.1% increase while for the private sector both the household and the corporate sector showed an increase of 28.2% in the savings.

The gross national savings at current market prices rose by 8.1% to Rs. 298.6 billion during 1995-96. The share of national savings in GNP fell from 14.6% in 1994-95 to 13.6% during 1995-96. The ratio of public saving s to national savings rose from 13.9% in 1994-95 to 18.2% in 1995-96.Within public sector the general government had dissavings, however the other saving of the government showed a increase of around 78.9 percent. The private sector savings rose by around 3.2 percent to Rs.244.4 billion during 1995-96 as compared to an increase of around 15 percent the previous year. Within the private sector the household as well as the corporate sector recorded an equal increase of around 3.2% during the year as compared to previous year when the increase in the savings was 15 percent.

The gross national savings rose by 7.5percent to Rs.320.9 billion. The share of national savings fell from 13.6percent to 11.3percent of the GNP. The public saving registered a still sharp increase to 47.5 percent as compared to an increase of 42 percent the previous year. The private saving increased by 1.8 percent as compared to 3.2 percent the previous year.

The gross domestic product of a country quantifies the total output of the country in monetary terms. Pakistan’s GDP has been growing at a steady rate over the last decade ranging between 3 percent and 6.5 percent. The effect of this increase in the GDP is nullified on the economy because of the continuous and phenomenal increase in the population of Pakistan. Pakistan’s current population growth rate is 2.6%that is one of the highest in the world. This puts burden on the scarce resources of the country. So the GDP has to grow at a rate that should be able to provide a sustained thrust to the economic and social development of the country.