Biotechnology is the manipulation of biological organisms for making beneficial products. Although the term has been coined recently, it can. despite its post-industrial overtones, be applied in retrospect to human efforts dating back to almost 5000 BC. Throughout the Agrarian age, man has made attempts to hybridize or cross different strains of plants and animals to produce the greatest number of desirable traits in the offspring. The biological food that wc eat today is a result ol complex repetitions of these selective breeding procedures. The most dramatic advances in biotechnology, however, have come in the recent years, through the advancement in genetic studies to understand the biological procedures, and the development of the sophisticated technology which enabled the economically, scientifically, nutritionally and environmentally useful biological manipulation through Genetic Engineering. 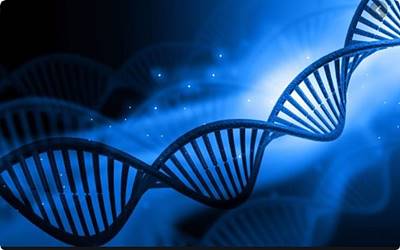 Genetic Engineering is alteration of an organism’s genetic or hereditary material to eliminate undesirable characteristics or to produce desirable new ones. Genetic engineering is used to increase plant and animal food production, for medical research of diagnosis and treatment, and for conservation of environment through biological fuel and disposal of industrial wastes. It has resulted in the creation of organisms with novel genotypes and phenotypes. The traditional foundations of genetic manipulation, through the thousands of years of evolution of life on earth, have been nature’s own way of genetic engineering: genetic mutation, and genetic recombination. These processes are essentially random and selective procedures, often quite complex, and are required to identify organisms with the desired characteristics among the many other types of organisms produced. Since the 1970’s, new techniques have been developed, in which the genotypes of an organism can instead be modified in a direct and predetermined way. This is alternately called recombinant DNA technology. Genetic Engineering, or Gene Cloning.

The process entails isolating DNA fragments, joining them in new combinations, and introducing the recombined molecules back into a living organism. Selection of the desired genotype is still necessary, but the probability of success is usually many orders of magnitude greater than with traditional procedures.

The basic technique is quite simple two L)NA molecules are isolated and cut into fragments by one or more specialized enzymes and then the fragments arc joined together in any desired combination. It is then introduced back into a cell for replication and reproduction. Recombinant DNA procedures complement the traditional methods of plant and animal breeding, in supplying new types of genetic variation for improvement of the organisms.

Current interest in genetic engineering centers on its many political applications, a few examples of which are. a) isolation of a particular gene, part of a gene, or region of a genome, b) production of particular RNA and protein molecules in quantities formerly unobtainable, c) more efficient production of biomedicines, d) creation of varieties of plants with desirable characteristics, and 5) correction of genetic defects in higher organisms.

Public reaction to genetic engineering has highlighted many controversial aspects of this technology. For example, it has been feared that uncontrolled experiments on pathogenic or disease producing organisms may, by error or by intention, give rise to new forms of pathogenic organisms that could produce new kinds of uncontrollable diseases.

In Pakistan, two issues have been of high concern. The major issue is the use of genetically engineered Bovine Somatotropin or BST. This medicine is injected in dairy cows to increase milk yields. Not only are there concerns of harmful effects of this practice on cows, including infertility, but the poor taste and quality of milk obtained by this process has been of great concern to the consumers. Secondly, the use of transgenic plant seeds has raised concerns that such plants interbreed with natural weeds, thus producing new weeds, which are resistant to herbicides.

It is feared the experiments in cloning are being carried out for the eventual purpose of creating new types of human beings with more desirable traits. These traits may include the ones associated with the science-fictional Humanoids designed to live in space stations and spaceships for extraordinary periods of time, or they may just reflect certain biases of the scientists, thus producing undesirable effects.

Due to the concerns raised against the process of genetic engineering, most developed countries of the world have made laws and regulations that the genetic engineers have to abide by. the research is generally supervised by government authorities and agencies who make sure that the use of this technology is not harmful for the environment and life.