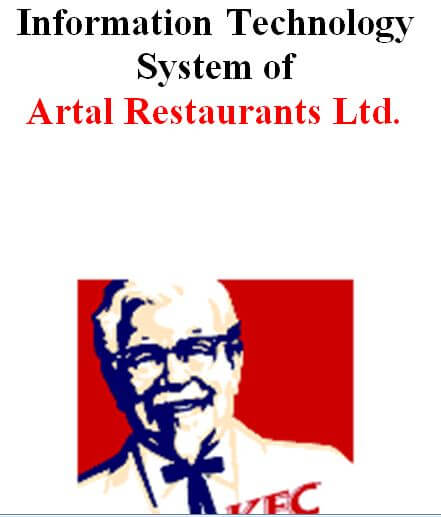 KFC®, the world’s largest fried and rotisserie chicken restaurants chain, offer great tasting complete meals and snacks in nearly 10,000 restaurants around the world. KFC operates in more than 76 countries — from Shanghai to Sao Paolo, from the sands of Saudi Arabia to the sidewalks of New York. Every day, nearly seven million meals are served around the world.

Since 1950, KFC has grown at a remarkable pace from one small roadside restaurant, into an internationally renowned restaurant chain – the largest chain of chicken restaurants in the world. But none of this would have happened, had there not been some persistence from one man – Colonel Harland D. Sanders, who was the founder of KFC. Fried chicken itself was not a new concept, but the unusual combination of herbs and spices which made up the Colonel’s chicken coating became the star attraction. The Colonel’s spirit and heritage are now reflected in KFC’s new brand identity, which can be seen on KFC restaurants, packaging and uniforms. The new graphic features one of the best-recognized icons in the world — Colonel Harland Sanders.

Kentucky Fried Chicken was introduced in Pakistan in 1997 by Artal Restaurants Limited which is a subsidiary of Artal Granasia. The group is owned by a Belgium investor, which has taken franchise of different international brands in Pakistan. Other products offered by its subsidiaries are:

Artal Bottlers Ltd. was formed in Dec 1997 to produce mineral water bottles“AVA” which now holds a very prominent position in the mineral water industry. The company serve the needs of various household and corporate users who prefer drinking pure and hygienic water.

Artal Foods Limited has the franchise of producing and marketing the French “Harrys” bread. It was formed in 1998 to cater the needs of rich bread lovers. The brand enjoys a good reputation among people of relatively high-class societies.

The concept of frozen food was introduced in Pakistan by Artal Poultry Ltd. in early 1999. “Value Chicken” outlets were opened at various places to provide people with a clean environment to purchase chicken.

All these companies along with Artal Restaurants Limited work independently and are directly liable to the owner of Artal Granasia.

After opening its first outlet at Nipa, Gulshan Iqbal Karachi, the company has up till now opened 13 restaurants all over the country. There are 9 outlets in Karachi, 3 in Lahore and 1 in Rawalpindi. The Karachi outlets are at:

KFC in Pakistan offer a limited variety of food as compare to its international chains of restaurant. The major items included in the menu are:

Varous deals are offered to customers comprising of above items. These deals ranges from Rs. 50 to Rs. 700 to attract different customers.

Use of Information Technology at Artal Restaurants Limited

INFORMATION TECHNOLOGY AND ITS USE IN ORGANIZATION

The organizational chart of KFC shows that there is a decentralize management in the company. The head of the company is the CEO who has to report directly to the owner in Belgium. The company uses information technology in all its outlets and head office to record sales and to communicate with each other. There are around 52 computers which are used by different persons simultaneously in Karachi, Lahore and Rawalpindi. The use of these computers can be viewed as follows:

Each person in the office located at Korangi has a computer at his desk which is used for different purposes. The Finance manager and his team use it to maintain accounting information. A special software known as “GL” (General ledger) is used to keep the record of daily sales which are received from each outlet via email. The computers also helps them in making Pay rolls and keeping record of the fix assets. The purchasing manager uses a software to control Inventory. His job is to make sure that he gets the demand from all the outlets on time. He then maintains all information in an inventory system.

The IT manager’s job is to ensure that all computers are working in an order. He has the host computer which organize the activities of all computers, ensure proper communication and allow users to access to relevant information. It also retrieves and send emails of all the users and direct them to their  respective clients.

The Receptionist has a computer with a PABX system installed which helps her in transferring  calls and noting appointment schedules.

Each outlet has been provided with computers which are used by the employees at the counter as Point of Sale terminals. These systems record, process and calculate daily sales which thorough an intermediary system available with the outlet manager are transferred to the head office via email. The POS terminals allow easy touch and process

system to the sales people at the counter. They don’t have to remember the prices of different deals and to calculate the sales tax on each deal which are fed in the system. On each sale, the customers get a small cash memo of his items which is automatically generated by the system. All these jobs are effectively done by using computers which save a lot of time, money and human resource.

The organization prefers branded systems such as Compaq and IBM while other unbranded systems are also used. At each of the outlets, the company has provided IBM systems as Point of Sale(POS) terminals. There are around 3-5 computers at each outlet depending on the need of a particular outlet. All these computers have Pentium 133 processors and the use of these systems is such that they don’t require latest Pentium III systems. All these POS have a 3-com networking card, 16 MB of RAM installed inside them. Each POS is linked to a Central computer at each outlets which sends daily reports to the head office via email.

At the head office the company has 20 Compaq and 8 Unbranded systems linked to each other on a network. The host server used is of IBM Netfinity which has a Pentium 233 processor and 4 GB of hard disk and 64 MB Ram . It has an IBM networking card and a modem of 56.6 KB. The other systems have processors ranging from Pentium 120 Mhz to Pentium 200 Mhz with 16 MB Ram, Networking card and modem attached to each of them. US Robotics modems have been installed in all the systems. A mail server is also installed which automatically connects with the ISP to send and retrieve mails.

The company like computers also prefers branded printers of HP and Epson. Around 11 Laser HP printers and around 10 Epson Laser and DeskJet computers are being used in the company. Some of these computers are directly connected to the computers while others are connected on the network through a Hub.

The company also owns 3 Compaq Laptops which are given to the CEO, Finance Manger, Sales and Marketing manager. These laptops help them to easily get access to information at any place any time. These laptops are also used for multimedia presentation to be given to the different employees of the company.

Various other IT devices such as Fax machines and scanner is also used in the company.

The main application program used in the office is Office 2000. The most frequently used programs are MS Word and Ms Excel. Word is used to draft letters while Excel is mainly used to make graphs and other sales tables. The company uses different special softwares designed for their special purposes for eg. GL and Inventory Software. It uses a program ‘Cybace’ for maintaining its database. The Point of Sale at each outlets use ‘PAR Microsystem’

All the computers in the head office are internally connected on LAN. Networking was done to provide backup to the data, benefit from multi-sharing software and to have a corporate email service. There are about 28 computers and 8 printers linked to the host computer in the form of a Star topology. 2 Hubs are used to connect these systems and printers on a LAN

These hubs has the capacity to transfer data of 10 Mbits per second. The cables used to connect computers are UK based UTP Cat 5, which has a capacity of transferring data of 100 Gbites per second.

The outlets at Karachi, Lahore and Rawalpindi are connected to the head office through email. Sales summary is daily mailed to the head office. Similarly the CEO mails weekly summaries to the owner in Belgium by e-mail. The company has a domain by the name of ‘Artalgranasia.com’ hosted by an American firm. It provides 30 MB of space to keep mails and website. Artal has a dedicated line with cybernet and the mail server automatically dials and connects after every 15 minutes and sends and retrieve emails from the domain.

Artal Granasia has also a local website of its group which can be visited at www.artalgranasia.com . The website is currently under construction and provides links to the WebPages of the products offered by its subsidiaries. The web page of KFC is presently used as a brochure to provide information to the people about the Life history of Colonel Sanders and a brief history of KFC in Pakistan. It also provides information about the Birthday parties and has contact numbers and addresses of all KFC outlets in Pakistan