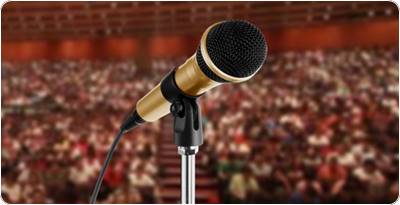 How we communicate, in speech, writing, or through gestures, can be misunderstood by people from different cultures. A newcomer to a culture usually learns about the real meaning of messages through awkward situations, embarrassment, or lost sales. However when speaking in public one needs to be very careful so as to pay due respect to your listeners cultures and not to offend their emotions and cultural values. Presidents, Prime Ministers and other government agents have to be even more careful so that they are not misunderstood on the international circuit. Indeed wise speakers would initially prepare themselves and do a bit of research regarding the cultural norms of their audience. Making such mistakes on the international circuit are almost unforgivable and the controversies that follow are more than disastrous.

THE QUESTION “HOW ARE YOU ?”

Even the simplest questions like “How are you?” have different interpretations across cultures. When Americans answer that question, they might say, “Fine.” For them it is merely an icebreaker. But Chinese or Arabs may give a detailed description of each of their problems (“I have a stomach-ache; my child is ill,” etc.).The reply “I am fine” has indeed become a cliché and is not only expected but indeed received every time this question is asked. Difference of culture however does make a difference as is evident from the example quoted above. The Chinese being more meticulous tend to go in the detail and explain the entire situation while the Americans being rather carefree are more comfortable with the traditional reply.

A gesture common in one culture can be perceived as offensive in another. An individual giving a seminar in Malaysia, used his index finger to single out participants. At intermission, one of his Malaysian hosts came up to him and asked him to stop doing that.

“It makes it look like you are treating us like little children,” he said. In Malaysia, pointing is done with the thumb downward and the fingers closed in the palm. Pointing with the index finger is considered insulting.

Gestures for personal greetings vary across cultures. In American culture, first-time greetings are almost always accompanied by a firm handshake. In Arab culture, a hug is a common greeting among friends and acquaintances, although strangers usually greet with a handshake

Japanese often mask their true feelings behind a smile. It can mean they are happy, angry, surprised, or want to postpone a response. Just because your Japanese audience is smiling at you doesn’t mean they are seeing things your way.

Eye contact has distinct cultural meanings. In Arab and American cultures, eye contact is a sign of sincerity, while in Japan it can be seen as threatening and is usually avoided. An Arab may feel uneasy when dealing with Japanese not because he doesn’t like them, but because they rarely look directly at him when they talk to him. People in the subcontinent are more inclined towards having eye contact so as to show a greater interest in your speaker. This however is not disconcerting for it is widely recommended to look in the eyes of whom you are listening to or talking to show your interest and involvement.

Sensitivity to status is important in Japanese culture. You should always deal with the most senior man in the room. Consider an example where Mr X was negotiating a deal with a Japanese executive from a large company.

He didn’t speak much English and brought along two junior executives, with one serving as interpreter. As he discussed his product, he spoke directly with the interpreter, as if he was negotiating with him. The senior executive thought Mr X was slighting him, because when Mr X was through, he rejected Mr X’s proposal. He believed MR X wasn’t giving him the attention he deserved, and took it as a sign of disrespect.

Even when you’re dealing through an interpreter, act as if you were speaking directly to the person with the highest status.