Keeping Religion Out of Public Life: A Lesson From China – By R. Malik 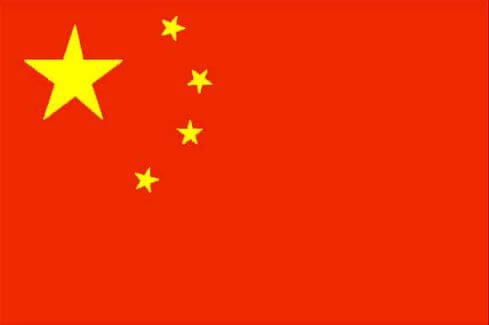 I have no intention to support China’s government over human rights violation or their suppression of opposition, but a congregation of adults regretting human condition and seeking help from the skies, is not representative of civilization to say the least, and I am not losing any sleep over the right to pray.

Despite dismal human rights record “China has experienced the strongest growth in scientific research over the past three decades of any country,” and its “awe-inspiring growth had put it in second place to the US – and if it continues on its trajectory it will be the largest producer of scientific knowledge by 2020” according to Jonathan Adams of Thomson Reuters. I believe that knowledge emancipates, and political freedom of the Chinese people cannot be denied for long.

Totalitarian communist regimes committed massive genocide but they also propagated social-equity and gender-equality to some degree. Those two important features became universally accepted. Could there be merit in limiting ‘religious freedom’? Extremist Islam has caused horrendous loss of lives. Multiculturalism in Europe and America is under mortal threat from Islamic terrorism. Right wing-xenophobes have found opportunity to erect a racist divide between people citing fear of Islam. Equality of citizen in the eyes of law, as enshrined in secular-democratic political system, is doubly jeopardized.

Liberals and conservatives share the view that public-education is state’s responsibility to a ‘certain extent’. By the same token, limiting exposure of religion in public sphere falls squarely on the state. Praying in public might not seem indecent to media-moguls who censor every depiction of human nudity but conveniently forget that “If we believe absurdities, we shall commit atrocities” –Voltaire

Immanuel Kant said, “Religion is too important a matter to its devotees to be a subject of ridicule. If they indulge in absurdities, they are to be pitied rather than ridiculed”. Those who deserved pity for ‘absurdity’ turned into king-makers. The better organized among religion, act as movers and shakers of politics. This unchecked influence of organized religion on politics of some countries, and its ascent to absolute power in others, makes this world a deadlier place, where weapons of mass-destruction are plenty and their acquisition is a matter of pride for governments and war-lords.

Like some leftists adhere to the principle of non-intervention in the sovereign realm of a dictator who massacres his people, the democrats blind themselves to the repercussions of the right to worship. A leftist should condemn genocide committed by totalitarian regimes under the flag of communism, adapt capitalism to implement social-equity and forgo the anti-American rage of the cold war; the democrats must introspect their patronage of religion for the sake of convenient vote-getting. Religions should be barred from advertising untruths and from demeaning non-believers. Size of religious group should be measured for the purpose of taxation. Larger the organization, greater are the profits hence tax be levied accordingly. Partaking in religious or ethnic bigotry should be illegal with severe implications, like disqualification to compete for many years.

Scant respect for rule of law has its root in religion. “Accustom a people to believe that priests and clergy can forgive sins…and you will have sins in abundance.”- Thomas Paine
“When people expect God to plan their lives for them, and protect them, they tend to lose their motivation to guide and control their own lives.”- Charles W. Faulkner

Joseph Mccabe, an English writer and free-thinker observed; “Not material or economic conditions in the ordinary sense, but perverse religious ideas explain the suspension of civilization in Europe from the 5th to the 12th century, and in the Mohammedan world after the 15th century.”

“There was a time when religion ruled the world. It is known as the Dark Ages.” Ruth Hurmence Green.