By Critics of Urdu, Diwan-e-Ghalib remains the best collection of Urdu verse from classical Urdu era, in which Rekhta flourished. Like Mir Taqi Mir, Ghalib was one of the rare poets to write Urdu verse in a simple language which can be understood by reader of any age and gender.

Whether it is Ah Ko Chahiye Ik Umr Asar Hone Tak or Hazaron Khwaishen Aisee, Ghalib’s verses still touch millions of hearts with its simplicity as they remain relatable even after hundreds of years. 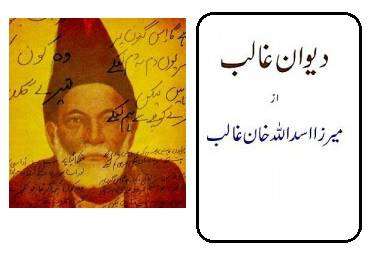 Ghalib’s poetry inspired a new era in Urdu verse, which became simpler and more admired by the masses, yet often with deeper meaning. Just look at the beautiful verse below

[There is bloom everywhere growing on doors and walls

We are stranded in a forest, and the spring has arrived at our home]

Ghalib’s himself admired Mir Taqi Mir, ( میر تقی میر ) whose Diwan [Kulliyat-e-Mir] is considered another great compilation of love ghazals. This is manifested from Ghalib’s own verse:

You are not the only exert of Rekta, Ghalib

They same there was Mir also in this leagues times ago

Needless to say that Ghalib inspired many great poets afterwards to write their own Diwan of poetry as it led to a literary revolution.  Different ghazals writers added their own style to Urdu verse, e.g. Akbar Allahabadi added humour as seen in Kuliyat e Akbar.  However, all owe it to Ghalib in some form as he influenced Urdu verse dramatically to make became simpler and for the masses. 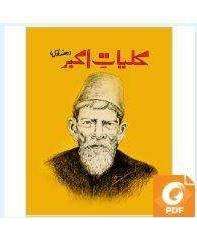 Haider Ali Aatish (حَیدر علی آتِش ‎) is one of the finest poets Lucknow, the city famed for its culture and poetry, has ever produced. Kuliyaat-e-Aatish is another Kuliyaat of Urdu Verse, that is loved by critics. 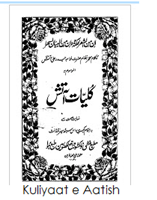 Musaddas e Hali Altaaf Hussain Hali is a genre changing compilation of Urdu Poetry, which the the greatest Philosopher Poet Dr. Allama Iqbal admired himself since it covered more serious topics such as political issues and downfall of muslims of South Asia, besides the usual love poetry. 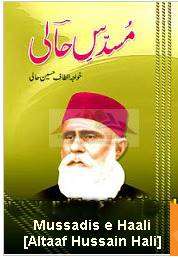 [Diwan Ghalib PDF file courtesy of www.iqbalcyberlibrary.net and in Public domain as 175+ years old text]. All other Diwan and Kuliyaat are also ancient  poetry texts in Public Domain and available at Archive.org and shared under Creative Commons.