Quran is a religious text that is the eternal and absolute word of God, and thus it occupies a leading position in life of all Muslims.

The Arabic script is inherently beautiful and with its curved alphabets remains the most popular language for calligraphy along with traditional Chinese.

With the spread of Islam to Spain, Persia and India, the ornamentation of Quranic script became a part of Muslim art and architecture across the world.

Early example of this ornamentation goes back to religious text around 700 AD found within the masjid of Sana’a in Yemen. Its double-page frontispiece depicts arcades decorated with lamps and a bigger niche, presumptively a mehraab, flanked by trees and shrubs. 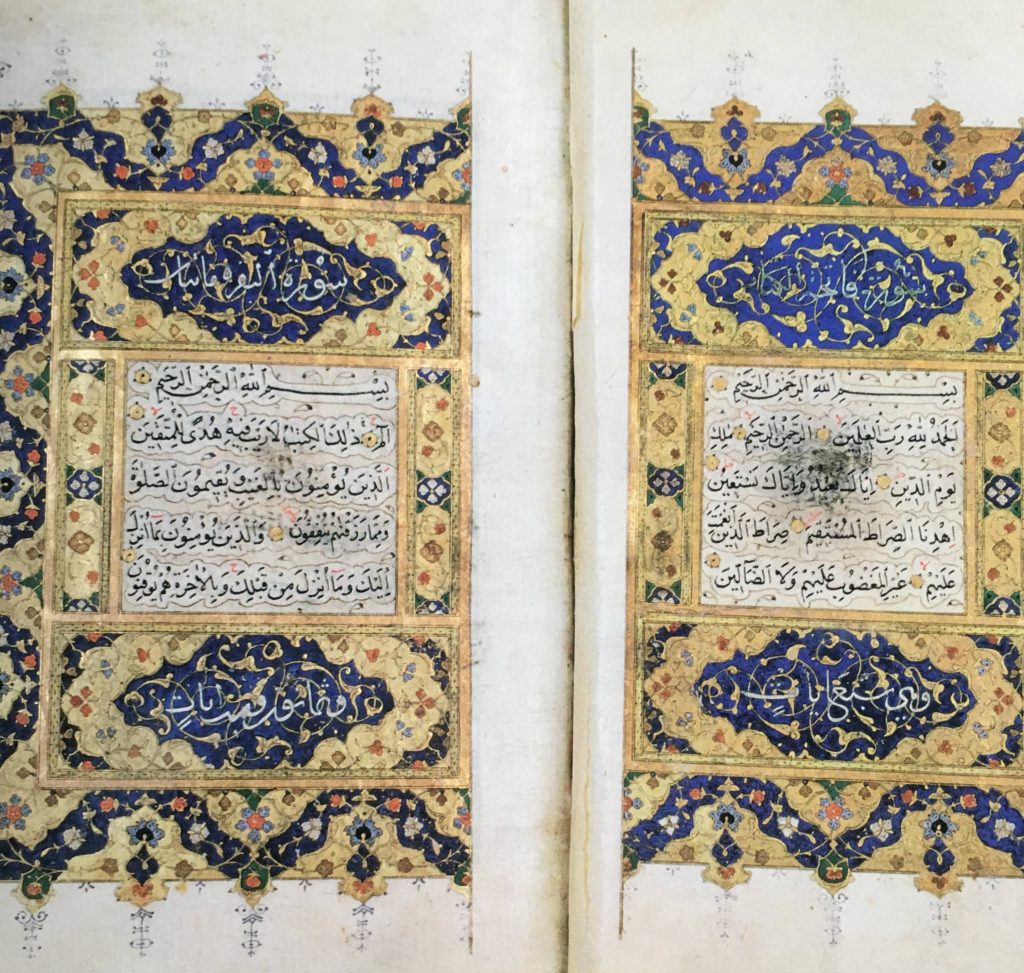 Quran’s religious text is split into 114 suras (chapters) with differing numbers of verses. The ‘divider’ to signify start of new Surahs were supplied with illumination, from pyramids of easy dots to medallions and stars.

If a Surahs starts on a brand new line, long embellished rectangles were used to ornate beautifully. The ends of the fifth and tenth verses were usually marked in a special way, sometimes alphameric system was used, with a letter akin to a unit, decade or hundred. All these patterns represent a beautiful art form that remains unique to Quranic scripts. 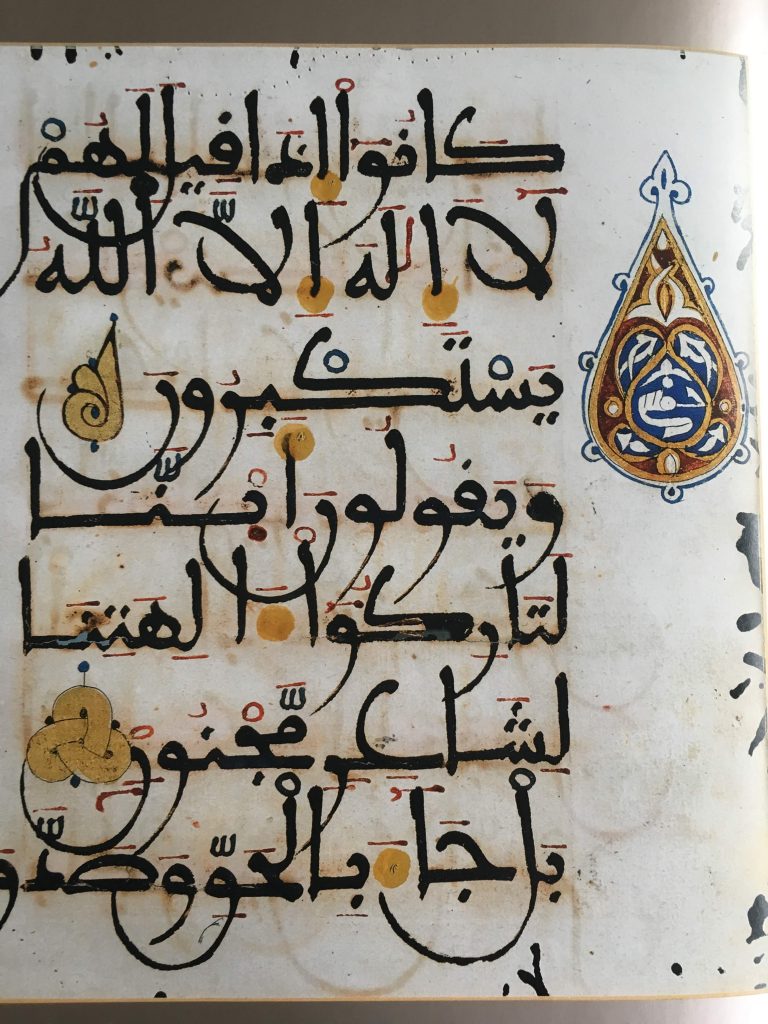