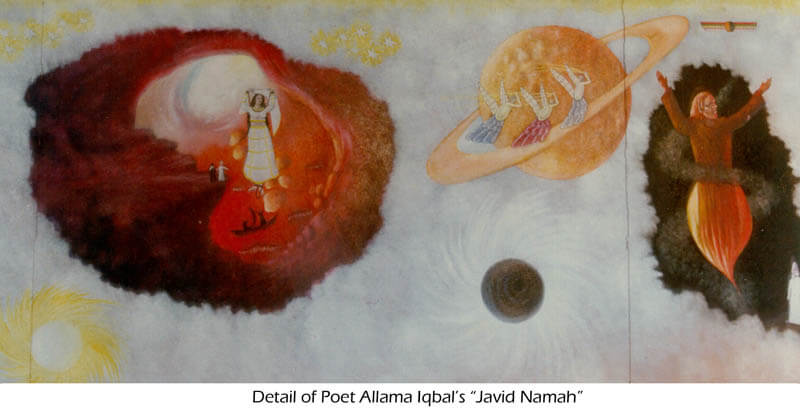 Allama Iqbal’s Javed Nama is considered the Big 4 of Persian mystic Literature, the other three being Hafiz’s Diwan, Saadi’s Gulistan, and Rumi’s Masnavi Maanvi. Iqbal holds a unique position in this league since his mother native language was not Persian.

Javed Nama tells about Iqbal spiritual visitor as he calls himself Zinda Rood (everflowing stream) and follows his guide Rumi as as he visits heavens, planets and meets several important figures and performs converations on different  philosophical, religious, and political topics.

Javed Nama has been translated in all major languages of the world.