The Lament of Master Yoda – By S. Minhas 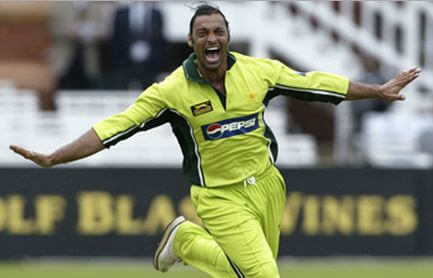 This sports article dated back 2005 and reproduced for reference only.

Some people are saying “Shoaib took nandrolone by accident”. Other people are saying “what the hell is nandrolone?” Nandrolone is a steroid similar to the male hormone testosterone. It reduces fatigue, boosts muscle mass, and enables the body to recover faster from injury. Sports figures who have tested positive for it at some point in their careers include British sprinter Linford Christie, Jamaican runner Merlene Ottey, Czech tennis player Petr Korda, bobsleigh racer Lenny Paul and French soccer player Christophe Dugarry. Interestingly, while the international amateur athletic federation banned Christie and Ottey, most of the athletes testing positive for nandrolone were acquitted of malicious intent by their national sporting federations. It’s quite easy to show significant amounts of nandrolone present in a human body. Proving how it got there is a little trickier.

Nandrolone occurs naturally in the human body in small quantities, and studies have shown that a high protein diet combined with exercise can push nandrolone levels over the legal limit. The metabolized byproducts of certain innocuous seeming dietary supplements or herbal remedies can also be identical to those of nandrolone use. Levels can also be inflated after unwitting ingestion of a steroid contaminated product; Lenny Paul for example successfully argued that it was all because of the spaghetti Bolognese he’d eaten the night before, the cows that haunted it had been beefed up with steroids.

If the B sample tests positive will Shoaib blame the qeema? Will Mohammed Asif say the hamburger did it? It’s all useless speculation till the tribunal set to meet next week releases its report. A point worth noting is that nandrolone abuse itself might be sufficient punishment; its side effect include mood swings, disproportionate growth of teeth and jaws, kidney, heart, liver damage, and impotence.

If the tribunal issues a guilty verdict, it will be interesting to see how Shoaib`s endorsement deals are affected. Will his soft drink contract fizz into nothing? Will his cell phone provider keep getting “no answer’? Will his credit card master cry “do not honour?’ That would be a no brainer if this were the developed world-supermodel. Kate Moss is just one example of celebrities released from lucrative contracts after news of their substance abuse broke- but local corporate behaviour is harder to predict. Companies have one standard for the first world, and another for the third.

A case in point is the tobacco industry. In America and Europe the tobacco giants are retreating before an onslaught of hostile legislation, taxation and condemnation. Cigarettes are more expensive, packs adorned with skull & crossbones or images of disease ridden lungs, smoking is banned in most public spaces and selling to minors is a definite taboo. Here in Pakistan though, cigarettes are cheap, Surgeon General pyar say samjata hai, smokers puff whenever they want wherever they want, and brands are aggressively targeted at young people. Since we have yet to get a grip on selling minors, it’ll probably be a little while before we get a grip on selling to minors.

Corporate double standards are also visible in relation to the environment. In some places, the long term impact of development is researched, calculated and considered before investors commit to a project. In other places, investors commit to a project and then are indulgently shielded by complicit governments from people who know EIA’s aren’t Irish militants. The proposed transformation of two ecologically significant islands off Port Qasim into yet another privileged enclave is the latest example.

According to published reports Bundal Island is the breeding ground of green turtles and lies along the migratory route of flamingos, pelicans, cranes, herons, terns, egrets and other migratory birds. The proposed development would compromise mangroves, wetlands and sand dunes that are a protected habitat as well as natural storm barriers. The livelihood of countless fishermen would be affected. Instead of addressing these concerns voiced by civil society and indigenous communities the federal government has stepped in only to tell critics to “back off’. Intrusive, offensive questions asked by foreign media during a taxpayer funded press junket are deflected by a charm offensive, but valid questions raised by those at home merit provoke surly growls. Petting zoo abroad, circus with ringmaster at home, no wonder so many of us are looking for the exit.

Double standards might well be the last bastion of universal brotherhood, seeing as they are practiced by all people everywhere to some degree or other. As such they should be celebrated. How about a party in space? America’s definitely coming. The brouhaha over North Korea’s successful nuclear testing (led by the only country to have ever actually used a nuclear weapon against another, how’s that for a double standard) helped George Bush sign America’s new space policy into effect with relatively little attention. Critics argue that it deserves a lot more. This particular starship enterprise, they say, isn’t cloaking the commercial or ideological nature of the world’s largest economy.

The policy states “Space has become a place that is increasingly used by a host of nations, consortia, businesses, and entrepreneurs”¦In this new century, those who effectively utilize space will enjoy added prosperity and security and will hold a substantial advantage over those who do not”. It notes that the US has dominated the space arena by developing “a solid civil, commercial, and national security space foundation” in the past 50 years, It proposes to consolidate that domination through an “innovative human and robotic exploration program” aimed at “the Moon, Mars and beyond.” America’s interest in widening the orbit of its commercial interests is understandable. The functioning of cell phones, ATM’s, pagers, courier services, personal navigation systems etc is crucial to the American way of life. What is sinister about this particular strategic document is that, preemptively rejecting as it does any move to ban space weapons, it reserves America’s right to build a Death Star.

In 2005 America refused to enter into talks with other countries on banning weapons in space; the policy release on the 18th of October clarifies its position on that issue. The US, its advocates say, is not developing an offense but rather boosting its defense. It will facilitate “capabilities, plans and options to ensure freedom of action in space”; it also plans to “deny such freedom of action to adversaries”. While White House spokesmen have denied the former phrase refers to the “weaponisation’ of space, we can assume the latter can’t be ensured by launching human cannonballs, stringing lots of firecrackers together or showering tons of confetti into the air.

Peace activists, defense analysts and independent think tanks have pointed out that the difference between a defensive weapon and an offensive weapon is largely in the intent.

Some reports say the paranoia apparent in sections of the new policy was fuelled by the findings of a government funded commission in 2001. “Many foreign nations and non-state entities are pursuing space-related activities,” the report stated. “If the U.S. is to avoid a `Space Pearl Harbor` it needs to take seriously the possibility of an attack on U.S. space systems.” The commission was headed by one Donald H. Rumsfeld. What I want to know is, when he illustrated his suspicions for George W. Bush’s understanding, was the stick figure jihadi riding the asteroid wearing a full space suit or just a bubble helmet? There are some “chappies’ over in England who might be disturbed by the helmet, they think it’s a symbol of separation from society.