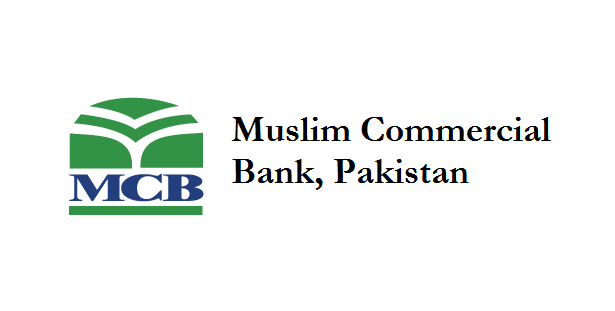 Size of the Balance Sheet:

Another advantage for Muslim Commercial Bank is that it has been around for some time, as a result it has developed a loyal clientele. This is especially a major advantage in today’s troubled and highly competitive market

The bank enjoys a low cost of funds of around 7%, and has a spread of around 3%. MCB here is better placed due to very strong basic earnings power, which shows up in gross spreads. As the spreads tighten,. Muslim Commercial Bank also has one of the lowest cost of capital. One major reason for this is its huge branch network

MCB is also the pioneer in Traveller’s Checks market. Currently Muslim Commercial Bank is the leader of the market with 80% market share.

Muslim Commercial Bank also has the largest ATM network in the country. It is a leader with 70 ATMs in five major cities of Pakistan.

With these cut-throat competition among banks to attract deposits and other corporate and Investment banking activities, the largest bank normally has a best chance of survival. The larger the deposit base, the easier it is to attract  more deposits, and the larger the equity base, the higher the per party exposure limit. MCB scores on both counts. Based on a total equity of Rs. 3.9bn in 1997, its per party limit is RS770million. Maximum exposure allowed to any party is 30% of the banks equity. Among the Pakistani banks MCB ranks fourth in terms of per party exposure limit.

A way of remaining profitable is to cut costs. Costs as a % of deposits for MCB is 6.7%. MCB has a network of more than 1200 branches, unmatched by any private or foreign bank, enabling it to raise deposits at low costs. Around 60% of its deposits come from small towns and villages where competition from other local and foreign banks is virtually non existent. As a result it raises deposits at around 2-2.5% lower than other private banks.

On the liability side MCB has per branch deposits of 98million, compared to the other newly privatized banks, RS686million for ABL and RS1287million per branch for FBL. So, MCB has a lot of potential to increase its deposits without investing in network.

It is important for a bank to look at the proportion of non-interest expenses from the non-interest income, which can be very important when corporate activities slow down. MCB financed 52% of its costs from fee based income. So, MCB has an advantage in trade financing compared to its peers due to its size, and does not stand to lose much on its treasury operations.

MCB has made a significant progress on the loan recovery. During 1997, it recovered RS1.77 billion of bad loans, exceeding its target of RS1.5 billion.

MCB, at present, is offering a wide variety of financial products, which serve a diverse customer base. It serves not only common households through schemes like Mahana Khushali Scheme and Khanum Bachat Scheme to Blue-chip clients through MCB Saving Instant and MCB Instant Financing. This gives MCB a competitive advantage over its competitors.

The problem of poor human resource management has been created during the nationalization era when recruiting and placement decisions were mainly done on criteria other than merit. Today, when MCB has to compete against 43 commercial banks and over 120 NBFIs, it should seriously analyze the inventory of its human resources. The consumers, who come to MCB after experiencing services from any foreign or private commercial bank, have felt that the service quality is very bad. Along with poor service quality, MCB has been overstaffed mainly due to political reasons. In 1996 MCB had almost 14,800 employees to manage its 1,334 branches. The overstaffing resulted in lower earnings for the bank. Although MCB has shed off almost 2000 employees by offering Golden Handshake Scheme to its employees. It still maintains a little more than ten employees per branch. This results in high operating expenses. Despite having one of the lowest cost of capital of 7.9%, total costs absorb 94% of total revenues.

MCB has over one hundred branches in areas where there is no other branch in a radius of 3 miles. These branches can not be closed under SBP regulation. Most of these branches do not generate sustainable profits and result in high operating expenses[1].

Even after privatization, the management has not been able to decrease its operating costs, As a result, despite enjoying one of the highest spreads in the industry, MCB’s profitability remained low. MCB has a very low deposits per branch of 8million deposits per employee as compared to Faysal Bank which has 21million and Askari has 18 million per employee.

State Bank of Pakistan requires all banks to maintain equity equal to  at least 8% of total assets. The Capital Adequacy Ratio for MCB in 1997 was 6.13%. however the equity is inclusive of revaluation on assets. Excluding this amount CAR comes down to 4.2%. This low capital adequacy decreases the cushion for depositors and thus increases risk.

Its an interesting fact that the reports of various financial and brokerage houses that we consulted were almost unanimous in saying that a new president with more professional approach must be inducted so as to increase the productivity of the bank.

MCB has lowest total revenue to assets ratio in the industry. Even after privatization, the management has not been able to decrease its operating costs, As a result, despite enjoying one of the highest spreads in the industry, MCB’s profitability remained low[2].

The cost to income ratio for MCB is the highest in the industry of private local banks after Schon Bank.

Although MCB has formed BDMD for the development of new schemes and strategies to cope up with ever-changing market but due to the fact that the Pakistani environment is too volatile so BDMD needs more investment for research purposes which is now-a-days facing under-investment.

The official savings rate has been hovering between 13 to 15 percent. Low saving rates coupled with high level of informal economy makes our economy an Un-banked economy compared to other countries. This can be tipped as a great opportunity for banks to capitalize upon. Banking industry can increase its efforts to create awareness among people about the usefulness and the advantages of banking services can increase their customer base and find ways to grow sustainably.

In the current situation when, the deposit growth efforts of the industry has seriously been hampered by the changes in the political environment, the banks can change their focus to increasing the number of services and creating awareness about them. For example, banks can make increased efforts to create awareness about credit cards and Rupee Travellers Cheques, which have a great potential to grow.

Having an old history, MCB has potential opportunities to exploit its long term relationships with its customers that have been built during last fifty years.

MCB can also exploit its foreign operations by expanding them to Middle East and Central Europe which not only have a big credit market but also a remittance market for Pakistan.

MCB can also count upon its joint ventures that it has started in various countries with different financial institutions to increase its profitability.

In the current state of the deposits market, with the FCAs being frozen, people are inclined towards keeping their savings in Rupee fixed deposits. In this situation, MCB can, should, and is introducing rupee fixed deposit schemes with high rates of interest.

In a third world country like Pakistan, where it is the fourth elected government in the last ten years (three of which could not complete their terms), it becomes difficult to operate smoothly. Every time the government changes, the newer one revises immediately the policies and reforms by the last government. There is no consistent fiscal policy of the government. Political unrest, terrorism and riots are a matter of routine in most parts of the country. In such a situation, keeping in view the slump in the economy, the banks being directly related to the state of the economy face serious threats. The autonomy of the State Bank of Pakistan has, however, eased up the situation a little.

Because of the high degree of competition in both the deposits and credit markets, the interest spread is growing narrower and causing serious risks to the bank’s profitability.

In Pakistan, where there is a high rate of corruption and a number of loans are sanctioned on political pressures, which generally go bad. This political interference is a serious threat to the operation of the bank and as well as a smooth flow of currency in the economy.

As discussed earlier, there is a great deal of political unstability in the country and there is no consistency in the Government’s economic policies. This results in uncertainty in the economy and the behaviour of the credit and deposits markets, which makes it difficult for the bank to operate and to plan its investment portfolio in the optimum way.