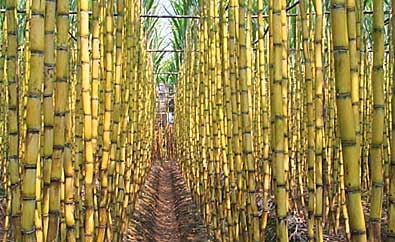 Asia’s third largest producer of Wheat is Pakistan, with the production of 26 million tons that are enough for feeding 23 million of population but, somehow, does not contribute much to the economy of the country. Crop growth sector declined during the year 2106, as compared to the previous years because of many known and unknown reasons. Average yield of cotton and wheat declined from 2 to 1%.

Reasons for the low growth of the crops are many and few of the hurdles are mentioned below:

From past few years, climate of Pakistan is going through unusual, unpredictable severe and unseasonal weather conditions. Continuous and abrupt change in climate makes the farmers use artificial fertilizers to grow more crops, however, excessive use of fertilizers is contributing to salination, leaving soil infertile in the future. To get the best yield, crops need to attain sunlight and rain that are beyond the bounds of possibility due to the shifting of climate seasons. Rain which is not experienced in the month of November and December will affect crop production. Less water, more non arable land and a botched irrigation system force the farmer to shift from their current occupation to another, as he is the breadwinner of the family.

Due to the failure of the Green revolution in Pakistan, Government of Pakistan is not making any progressive development for making this major part of our economy successful, accept for the funds given to the farmers, somehow their utilization is not scrutinized.

Rainbow revolution is an approach to strengthen food quality and to boost food production in Pakistan for improving harvest management and to make it a self-sustaining country through hybrid seeds rather than importing grain from other countries.

With rainbow revolution, crop cultivation cycle can be altered to provide breathing space to the soil, i.e. cultivation cereals after wheat and rice. This will help in escalating the life of arable land as pulses don’t need much water and fertilizers. Herewith, crops cost can be reduced and soil health and productivity of agriculture can be promoted with less damage to the environment.

Pakistan irrigation system was considered to be among the best systems in the world, however downgrading this system created plenty of issues concerning to the irrigating of the crops. Few dams and canals with no groundwork for storing water in monsoon, exacerbates the situation that gives rise to flood and the destruction of crops. With more drilling of tube-wells, water table’s depth declines.

For uplifting farm productivity in Pakistan, latest technologies need to be introduced. Farmers are granted with loans, fertilizers and machineries on instalment by the government of Pakistan, but that’s not enough as it won’t increase crop production. Farmers in Pakistan are still using time consuming old and outdated techniques for harvesting and threshing, unaware of the latest technologies used in other parts of the world.

Farming and cultivation is contemplated as the profession of farmers, no research is done in this field, neither our government made any laboratory where crops can be undergone for research. Agriculture University is the lowest priority of students for getting enrolled in any university. Government should provide some special benefits and incentives to the students who are interested in conducting research concerning the crops high yield.

Pakistan lies on 5th number in GDP growth % in 2016 and will remain in the same position in 2017, even lacking behind Bangladesh and Bhutan that raise the cause of concern.