Back to the Game by H. Nasir 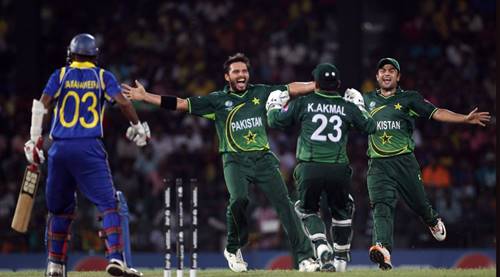 Back to the Game by H. Nasir

An essay on the strained cricketing relations between Pakistan and England, written on the eve of the November/December 2000 Test Series.

England-Pakistan cricket has been played and reported in an atmosphere oscillating between unease and downright hostility for at least the last twenty years. The foundations for this dysfunctional relationship comprise, in equal part, English xenophobia and arrogance and an enormous chip on the Pakistani shoulder.

England is touring Pakistan after thirteen years. Its first tour since the notorious Gatting-led series of 1987-88. This is an opportune moment to reflect on the history of this troubled relationship and look for hints in the English press of how things have changed (or remain the same).

Once upon a time

Mistrust of Pakistani umpires is part of growing up as a cricketer in England. In the Donald Carr led A tour of 1955, some players showed their displeasure with the umpiring by dousing a local umpire, Idris Baig, in water. In the last English tour of 1987-88, Chris Broad refused to leave the pitch when given out by umpire Shakeel Khan until urged along by Graham Gooch. And then there was the piece de resistance, a finger-wagging, name-calling confrontation between the Mike Gatting (the touring captain) and umpire Shakoor Rana in the centre of the pitch. The match continued only after Gatting apologised.

There was, and still remains, an element of the colonial around the cricketing establishment in England. Layer on a sub-text of racism, real or perceived, and a clearer picture begins to form. How else can you explain the decision to award each member of the Gatting side, a thousand pound ‘hardship bonus’ for what they had to ‘endure’? Or the deaf ear that was turned to Pakistan’s pleas regarding the composition of the English umpiring panel in 1987 and again in 1992?

The conclusions to be drawn were simple. Pakistani umpires were cheats. English players should accept their decisions only if they concur. English umpires were above reproach, although they could make the occasional error of judgement. The TCCB would not accept interference from the visiting side. And the tourists dare not mock the spirit of the game by showing any dissent. While England had characters like Messrs Gatting, Lamb and Botham – Pakistan had confrontational upstarts like Javed Miandad.

If 1987 was bad worse was to follow. The 1992 tour saw Wasim and Waqar at their best, decimating the English batsmen with probably the finest fast bowling partnership of the last fifteen years. But instead of plaudits, they received firstly veiled, and then open accusations of sharp practice. Allan Lamb, wrote an article for the ‘Daily Mirror’ (a tabloid national daily), setting out detailed allegations of ball tampering against Wasim and Waqar. The odd rumbling became a roar. Reverse swing was a code word for ball doctoring. Pakistanis were cheats.

This was not a new reaction. In 1982, when Pakistan won the Lord’s test thanks in part to a superb spell of swing bowling by Mudassar Nazar, the same set of accusations was rife. But 1992 was a new low. Imran Khan, writing for an English newspaper, predicted that no official Pakistan team would ever tour England again.

Thankfully, this was one of Imran’s predictions that did not come to pass. Indeed, the following 1996 tour, under that leadership of Wasim Akram, was probably Pakistan’s most successful series in England. It finally broke through the never-spoken, but deeply-felt underlying belief that for Pakistan to beat Engalnd, they must be cheating. Without home umpires, ball-tampering bowlers and confrontational captains Pakistan still managed a comfortable 2-0 victory.

Between the 1996 series and now, we have had the World Cup, numerous one-day tournaments and even more match-fixing allegations. The media daggers were being drawn again. The Telegraph ran an article calling Pakistan the ‘The Pariahs of Cricket’. And then the Hansie Cronje affair struck, distracting attention and proving that whatever the truth behind match fixing it was not something endemically Pakistani. In Australia, anything remotely questionable was covered up (the Australians, like the English, are also ‘characters’ you see), in South Africa it exploded, in India it looks set to. Pakistan has just been leaking away – numerous big ripples but no waves.

So that brings us up to date.

How things change (or do they)

Reading the newspapers in England in anticipation of the start of the series has brought home some subtle shifts in the way this series is being covered. It would be fair to say that the press, in general, has been putting on its Sunday-best. The tone has been mostly positive; the feeling, generally of excitement about the cricketing conflict.

It is true that the Qayyum report is a topic of daily discussion, and every reference to it has an element of a nudge and a wink to it. But that is only to be expected. Pakistani cricket has not exactly been doing itself too many favours in this department.

Generally, Pakistan is being depicted as the highly talented, high-excitement, self-combustible side that it is, and the tour is being portrayed as something decidedly more pleasant than a visit to the dentist. English cricket journalists have been writing odes to the wonderful Chinese food served in Peshawar. The rebellion against Javed Miandad is being greeted calmly with barely an eyebrow raised. Lord McLaurin’s astonishing statement calling for Wasim Akram’s withdrawal from the series based on the principle of ‘guilty until proven innocent’ was mostly derided – at best as tactlessness of the highest order, at worst as ineptitude and an old-style arrogance.

But underneath this façade of being positive, I still see the old attitudes straining to break free. They are just constrained by new realities. English bowlers can now reverse swing the ball – so it must be a legitimate technique. Having one neutral umpire will limit the impact of any dubious home umpiring – so it cant possibly be as bad as 1987-88. The hotels and restaurants are much better (and more expensive) than they used to be – so Ian Botham may not wish to be quite so generous with his mother-in-law’s paid holidays.

‘The Guardian’, a respected UK national daily, ran a special feature on the infamous Gatting-Rana incident. The article accompanying the mini-interviews of those involved, covered it as if the whole incident was a conspiracy against Gatting and England; a trap laid by Javed Miandad and executed by umpire Shakoor Rana.

This grudging positiveness has more to do with the shifts in the balance of cricketing power over the last decade than a collective revelation about the error of previous ways. Cricket’s head may still be in London, but its heart and (more importantly) its pocket-book belongs firmly in the sub-continent. The cosy England-Australia relationship is not enough to run the ICC anymore; not when the market most willing to spend on the game is centred in the four South Asian cricketing nations.

In England, the game has lost its long-term financial sponsor. And while the following of the game has been declining with the fortunes of the national side, the last World Cup showed the English establishment where future hope of the English game lies – with its Asian communities. A good tour of Pakistan can only help England in tapping this pool of talent. It is an opportunity to breath further life into the soul of English cricket after a summer of hope, where England scored victories over Zimbabwe and the West Indies. England wants this to be a good series as much as Pakistan does.

On a positive note

While I may be a cynic as far as the English cricketing establishment and media are concerned, I am optimistic about the series. My optimism stems from the difference between the English team of today and that of 13 years ago. For a start, there are decidedly fewer ‘characters’ in this team. More importantly, at the helm are two consummate professionals – Nasser Hussain, the Indian born captain, and Duncan Fletcher, the Zimbabwean coach – both capable of taking a more balanced, less insular view than that adopted by the England cricketer of old.

Then the players, or at least a good proportion of them, are from a different generation, untainted by the prejudices of the past. Darren Gough modelled his bowling after Waqar Younis, not Willis or Trueman. Ian Salisbury seeks advice from Saqlain Mushtaq, his county colleague on how to be a more effective spinner. These relationships are a far more effective bridge than countless press conferences mouthing platitudes.

England has some good young players. The wonderfully, uncomplicated Marcus Trescothick has already demonstrated the strength of his game to Pakistani fans. Gough and White can swing the old ball at speed. Atherton and Stewart remain as effective as ever.

This has the potential to be a great series on the field. Let us hope it can be a great one off it as well.