Extremism and Its Impact on Islam 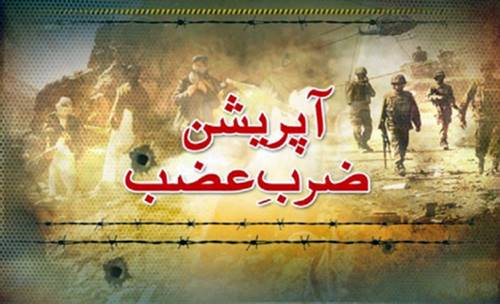 Interpretation of Islam by few extremists as a means of scoring political gains has led to the Non-Muslims developing a prejudice against the religion and alienated the juvenile Muslim population against their own religion.

The unfortunate fact that Pakistan’s name is associated with terrorists and terrorism despite this country sacrificing the most should be an eye-opener for people having a soft corner for terrorists. Confessing to being a right-winger and belonging to the breed of Taliban apologists, who believe that Taliban are a by-product of our faltered policies, it was a rude wake-up call to see the treatment meted out to Pakistanis, courtesy our twisted notions of ruling the world with our fundamentalist dogmas.

A Green Passport today is a bane, being eyed with suspicion whenever the name ‘Pakistan’ is mentioned, ranging from extra scrutiny at airports, outright refusal to stamp visas and of course being stigmatized. Despite our efforts as Allies in war on terror, with the highest death toll and the gravest economic repercussions, the world is not ready to acknowledge our contributions. Every Pakistani especially one sporting a beard is suspected to be potential suicide bomber. Being a Pakistani today in the International Community is tough, to put it lightly, even more so for those settled in the West.

The dilemma of living amongst people who see Pakistan as a terrorist nation must be especially difficult for expatriates who are trying to mingle with them and trying to prove themselves a part of their adopted country. It should come across as small wonder to see them desperately denouncing their Pakistani roots in favour of a foreign citizenship gladly given the present circumstances.

While people residing within Pakistan may be at leisure in their interpretation of rampant terrorism and citing reason for its growth, we fail to take collective responsibility for nurturing this mindset and fall miserably short of any attempt to defend our stance on extremism. And if as Muslims we prefer not to reveal our identity by avoiding ‘Muslim’ gear, like the beard or are afraid of offering their prayers in public, what does it say about the future of this religion?

What the Keepers of Faith and Defenders of Righteousness fail to realize that their extremist version of Islam itself is the biggest hindrance to the spread of this religion. While the ordinary man fears this religion to the extent that they would prefer not to travel with people sporting a beard or wearing an Arabic attire, as it was witnessed recently in the US, it would be naive to expect them to see Islam in a favorable light or hold any meaningful discourse on this topic. With the rabid interpretation of Jihadis of Islam involving killing of innocent population, preaching Islam as a religion of tolerance is met with a lot of skepticism.

With their interpretation rests in the Seventh century Islam, it is becoming increasingly difficult for progressive Muslims to put forth any modern or contemporary facet to Islam’s teachings. Any scholar attempting to debate any issue is immediately branded a conspirator or a kaafir, with a fatwa issued immediately against him.

Let us bear in mind that the values of tolerance and plurality endorsed by the Sufis was instrumental in the spread of Islam in the Sub-Continent. Had they too taken a rigid stance instead of preaching it as a religion of peace and harmony, they would not have been successful in converting the masses to Islam. The key elements in spread of Islam in the region were the socio-cultural processes of diffusion and amalgamation into a non-Muslim society which was facilitated by the Sufis to make it palatable to the local population of those times. And had Islam in its true sense had been an oppressive force, the cultural diversity in the Muslim world today with varying practices of Islam would not have been witnessed.

The incorrect interpretation of Islam by the extremists as a means of scoring political gains has led to the Non-Muslims developing a prejudice against the religion as a whole. It has also alienated the juvenile Muslim population against their own religion in the wake of the negative perception projected by the hardliners. The vice of a few has overshadowed the virtues of many.

The effects will be long-lasting and will take decades if not centuries to eradicate. Living in an era where each and every event is noted down to the minutest detail, we have a long list of answers to give in order to satisfy our future generations regarding our role in this waging war. This war between the Extremist and the Tolerant version of Islam will define the future course of Islam and the World at large.